Samuel Accoceberry, the omnipotence of the designer

In June 2021, Samuel Accoceberry exhibited at Maison Molière, in Paris, his graphics, carpet version or drawing version, to be captured under the watchful eye of Karine Scherrer from The Art Design Lab gallery. For three years, he has been part of all the Top 100, Top 50 or even Top 20. The pandemic did not prevent him from working, editing and finalizing projects that he had “on hold”, but also from initiating new collaborations. From his studio in the 13th arrondissement or from Biarritz, he polishes his products with passion and with constant commitment. Glass, wood, metal, textiles hold no secrets for him. 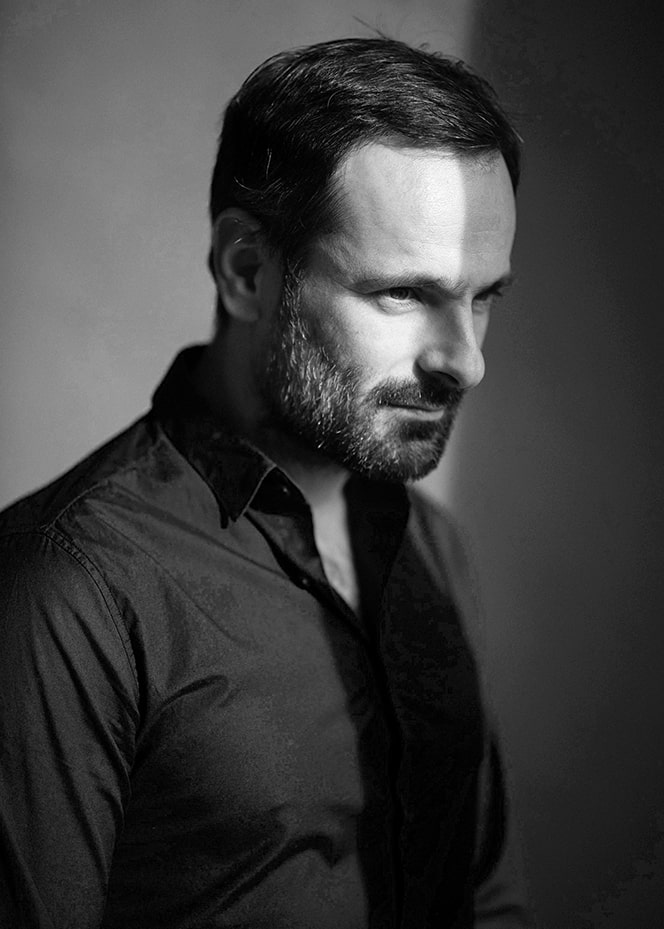 He was born in Bordeaux, studied design at La Souterraine and graduated as a designer from the Ecole Nationale Supérieure d’Arts de Nancy. In 2008, he presented a “flexible” shelving project with the VIA and got noticed after a few years of collaboration in Milan and Parisian studios: Arik Levy, Antonio Citterio or Rodolfo Dordoni. In 2010, he created his own studio and then began to collaborate with different brands such as Alki, Aéroports de Paris, Staub … then his address book gradually expanded: Bosc, Flexform, La Boite Concept, Widatic through Laudescher. 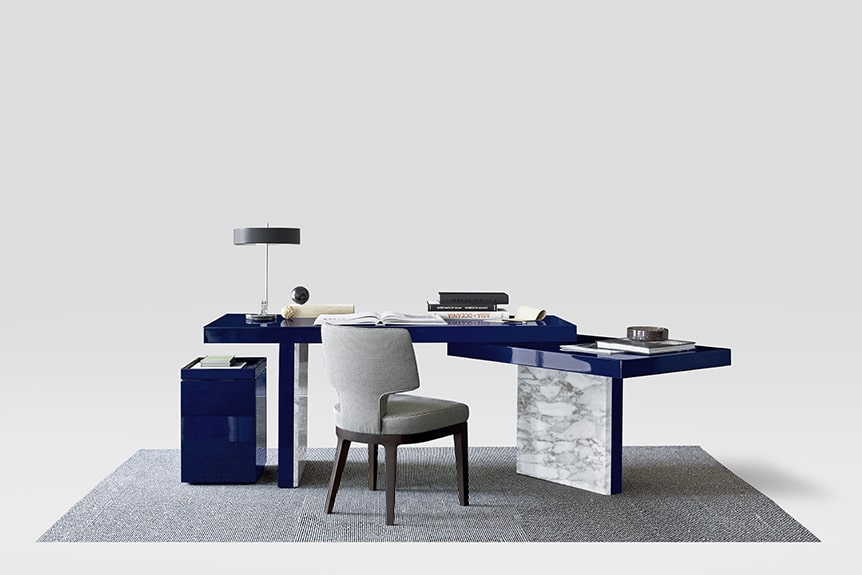 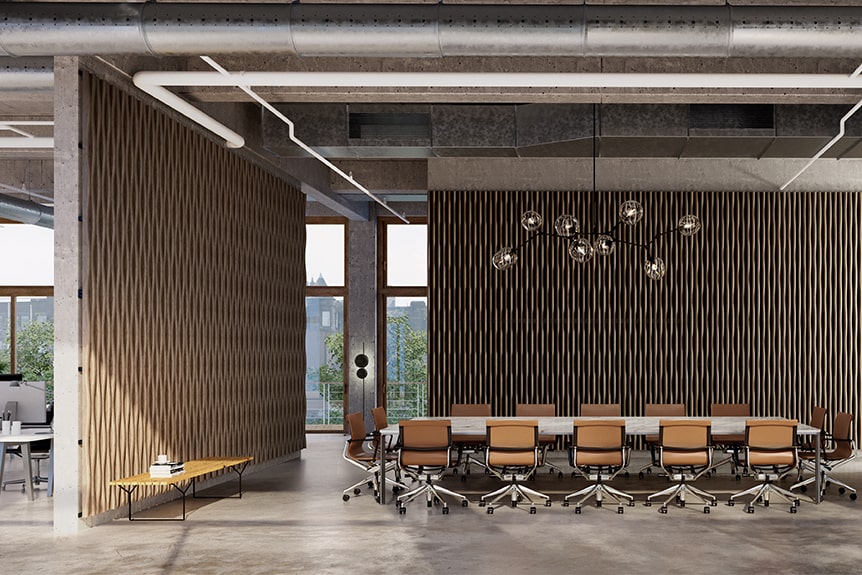 Moutet weavings: “from collection to identity”

Just before summer, he has just launched a table linen collection with Moutet weavings: “It had been a while since I identified the quality of their work through products discovered in Biarritz. Ainhoa, Arcachon, Biarritz, it’s my golden triangle with Paris. Moutet weaving manufactures in Orthez and distributes on the coast, in national and international museums. They also do many collaborations with restaurateurs such as Michel and Sébastien Bras, father and son, at the Halle aux grains in Paris within the Bourse de Commerce, for whom they make aprons, tea towels and battens. I went to meet them a little over a year ago and I arrived at the right time since they were working on the IG label, geographical identity. There was a great affinity between my attachment to the Basque country and the historical know-how of Moutet (a century-old company) in terms of Basque linen. Catherine Moutet and her son Benjamin therefore gave me carte blanche to reinterpret Basque linen in its codes, without transgressing them. The ETXE collection (“the house”), declines tablecloths, torons, towels… in colors that identify the Basque country, but not only. “ It is on sale on the website and will follow in all the shops that distribute Moutet. 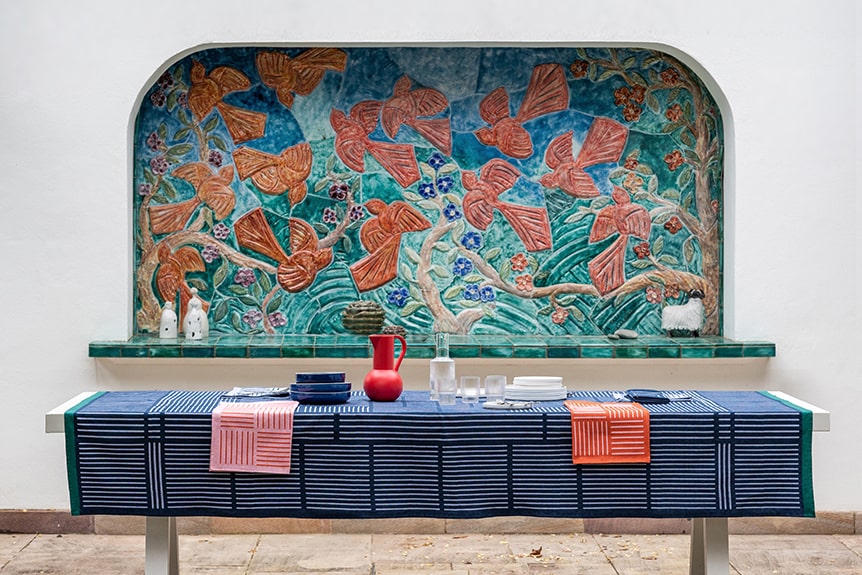 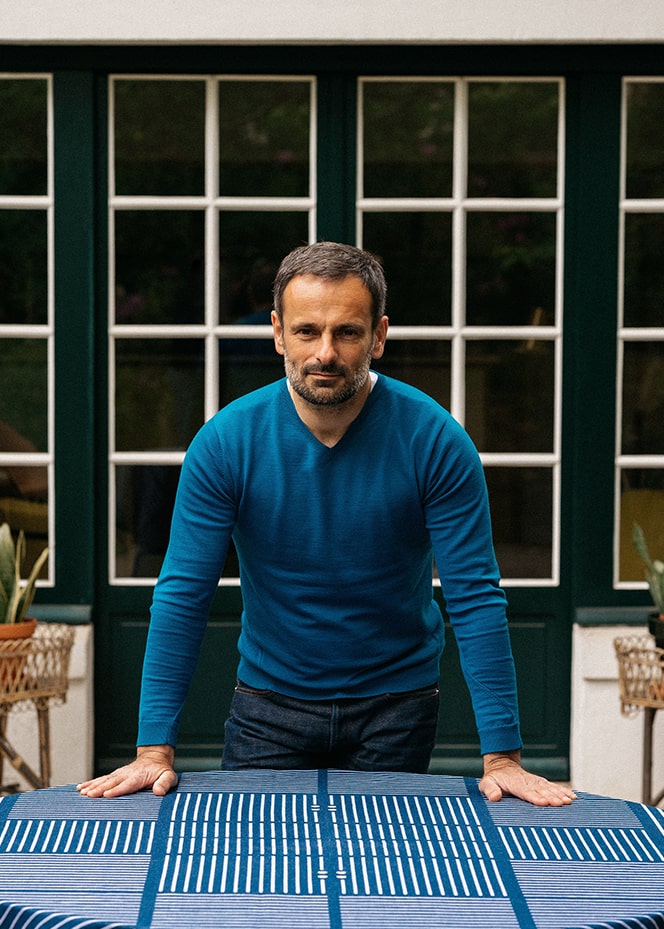 In the immediate aftermath, he was tasked with overhauling the brand’s identity, its graphic aspect, its logo, how to present the product, to distinguish it from other Basque publishers. How to distinguish between Moutet, Jean Vier, Lartigue or Artiga.

“A Basque tablecloth always has its effect. The products are sold in select stores. However, they do not have their own stores. Moutet textiles can be found almost more easily in Germany, England and the USA than in Paris. But Moutet textiles are a family affair. Benjamin Moutet is the fifth generation of a family of traders who sold products from the region. By purchasing a manufacturing workshop, they launched their own brand Moutet which really exploded during the post-war period and followed the history of textiles with a slight loss of position with the arrival of synthetic fiber products coming from Asia. A collaboration with Hilton Mc Connico in the 90s initiated by Catherine Moutet had made it possible to relaunch the brand. Benjamin Moutet, who studied business, decided to take over the house 4 years ago with his mother. They consolidated the brand by initiating many projects of which the IG was a part, but also the initiative to create a flax industry in Béarn. He launched this GI which certifies French manufacture in Orthez. Lartigue, which has its headquarters in Ascain, has it manufactured in Oloron-Sainte-Marie. Moutet and Lartigue have stepped up to the plate to get the IG. The raw material, which is cotton, is bought raw, and dyed not far from Pau, in Nay, locally, and then woven by Moutet’s machines for a local Basque-Béarn made. Benjamin Moutet initiated a local linen redevelopment project, for part of the fabric production, with the aim of strengthening the brand’s vernacular approach. “ 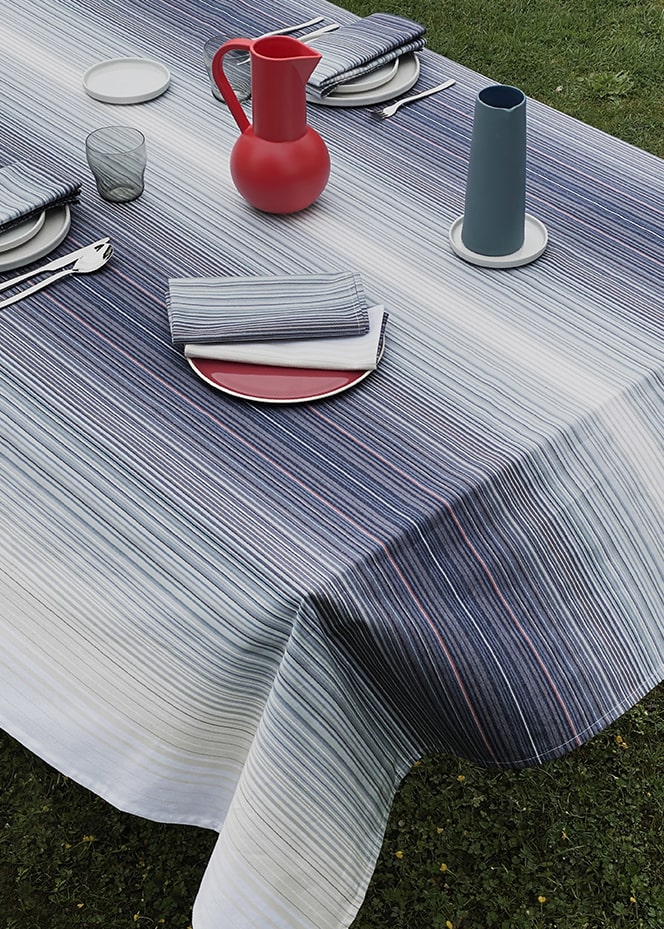 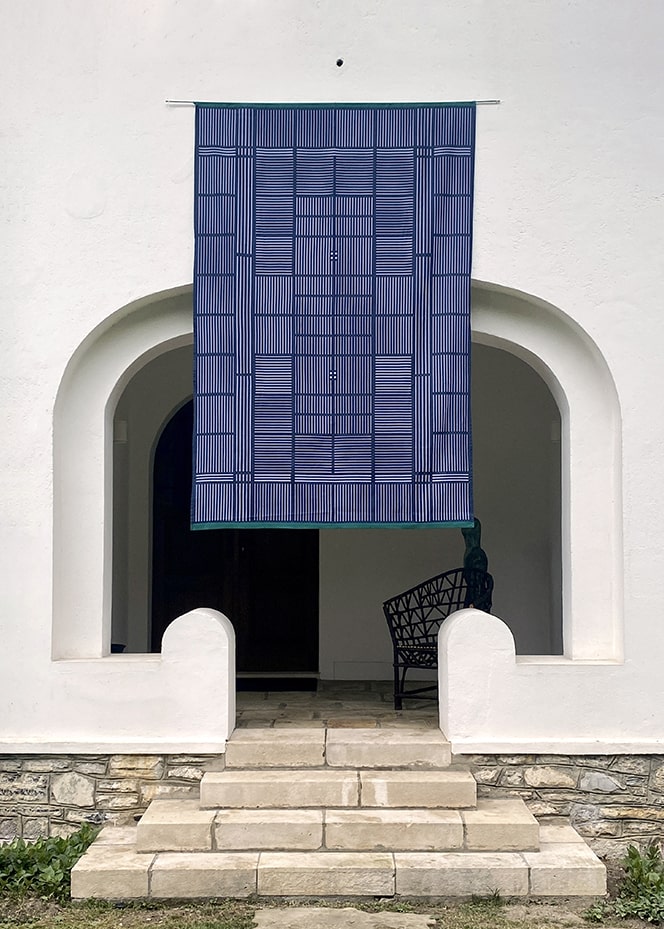 The street furniture project was led by the Pays Basque Adour mobility union, a group of communities of municipalities in Biarritz, Anglet, Bayonne, Tarnos. The aim was to develop a passenger shelter at the emblematic stops in each municipality (town halls) of the new Tram’Bus line, in addition to the JCDecaux furniture already available. A project partially installed to date, close to the town halls of Bayonne, Biarritz and Anglet.

The collaboration with Kataba dates back to 2018 but the products were launched a year and a half ago. “It’s a small publishing house whose purpose is to make virtuous furniture by greatly reducing the carbon impact or by recycling what is possible. The companies which have offices in La Défense buy, consume new but some after two or three years, decide to move, then buy everything and relocate elsewhere with new furniture. VALDELIA, an organization with which we collaborate closely, recovers a lot of things and it is then that with Kataba we give a new cycle of life to this used furniture or these materials. “ The publisher Kataba (named after the small flexible Japanese saw that allows you to do the finishing touches), launched by Luc Monvoisin, has the structures made of solid oak in Touraine in a small workshop and everything that is a tray is then recovered and dressed. , or repainted, with new finishes to leave as if they were new. A green initiative through the wallet because it allows some companies to exempt some of this equipment from tax. 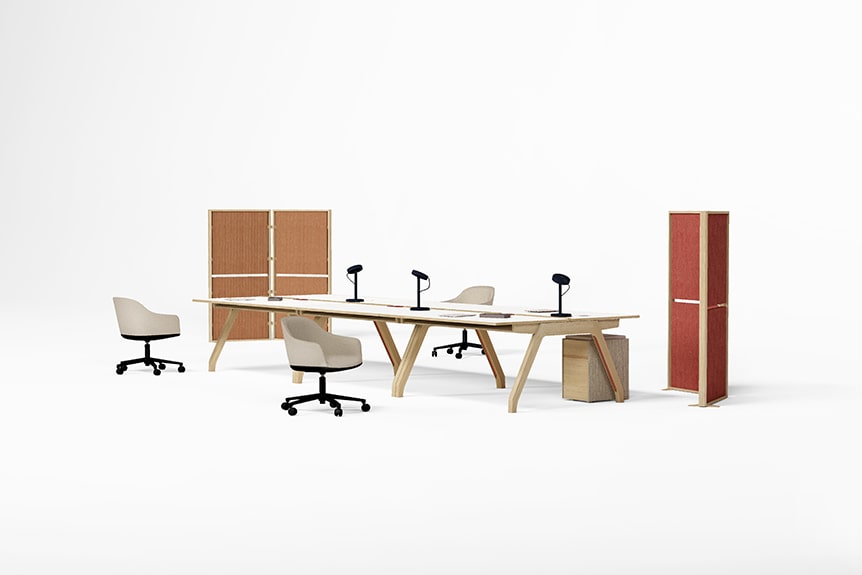 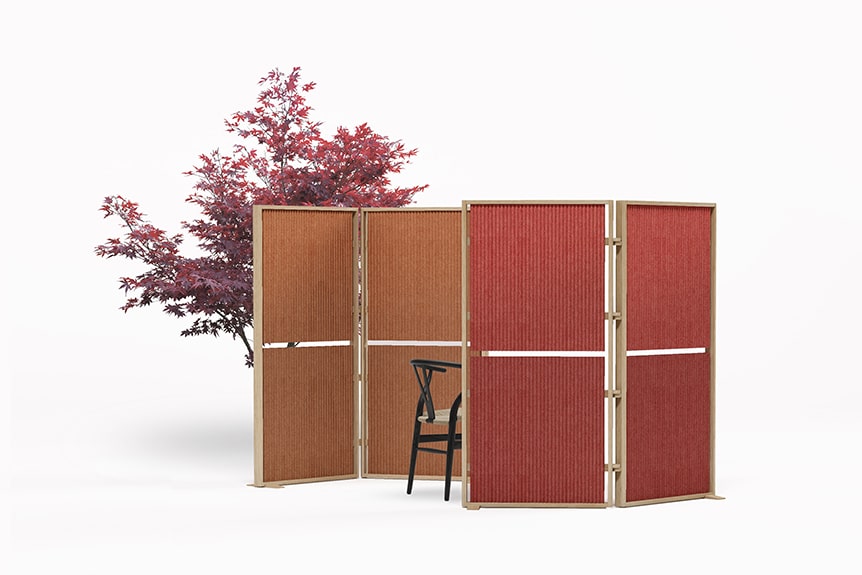 Currently, this may be related to the post-Covid period, but Samuel has developed more industrial design projects than furniture. The hotel and restaurant sector having been completely at a standstill for several months, the renovation went well. Its furniture equips a hotel in Biarritz. Urban furniture, products for startups in the digital world, he is currently developing a device with an acoustics researcher who is incubated at the CEA on the Saclay plateau, or a cutting-edge solution with a start-up working in the construction sector. advanced laser. At the limit of design, art, innovation and craftsmanship, Samuel takes pleasure in producing different types of objects sold all over the world. Collaborations through which he always favors the human relationship, curiosity and exchange. 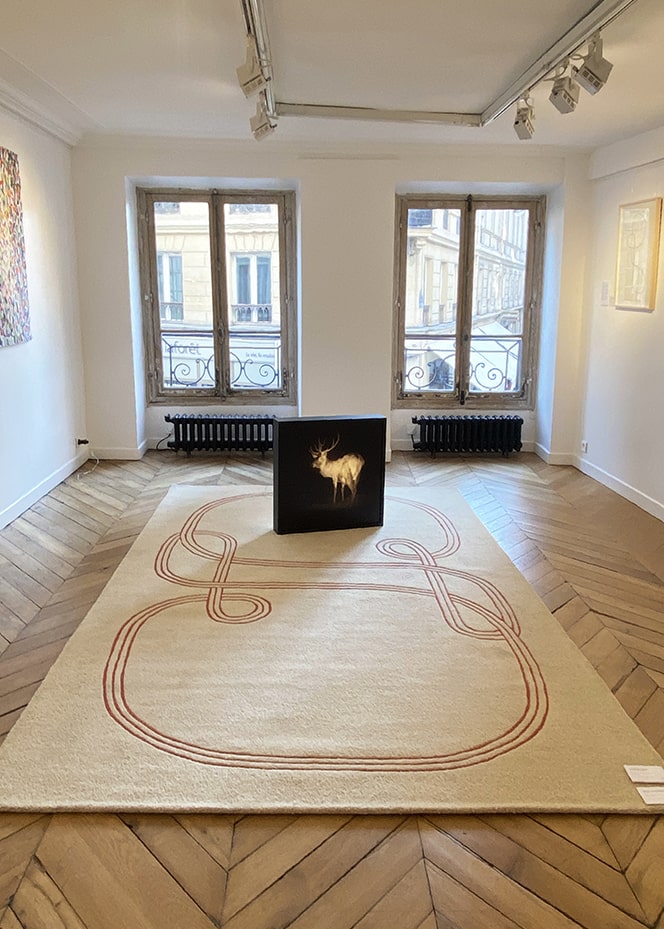 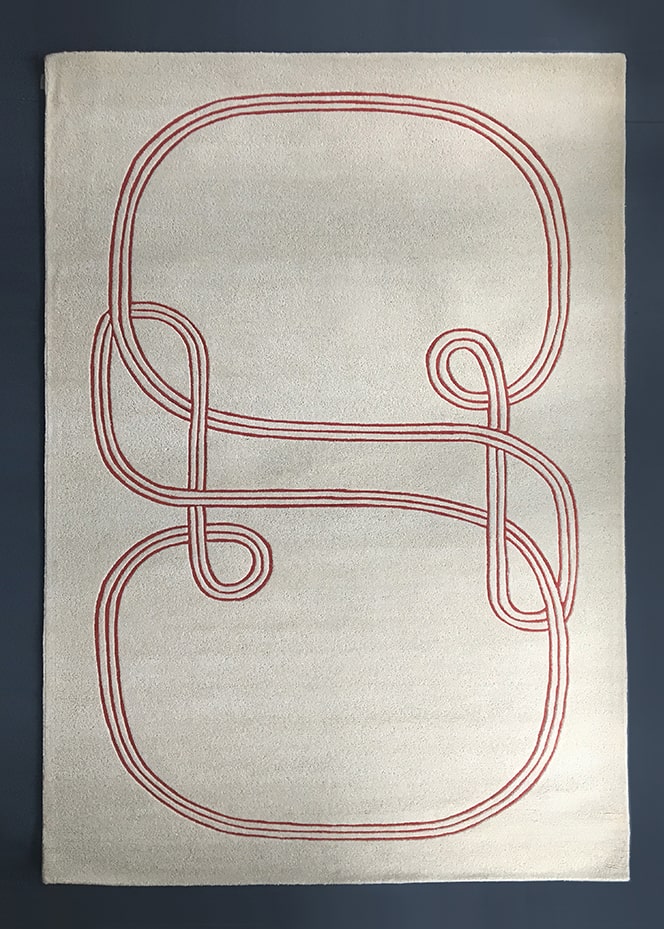 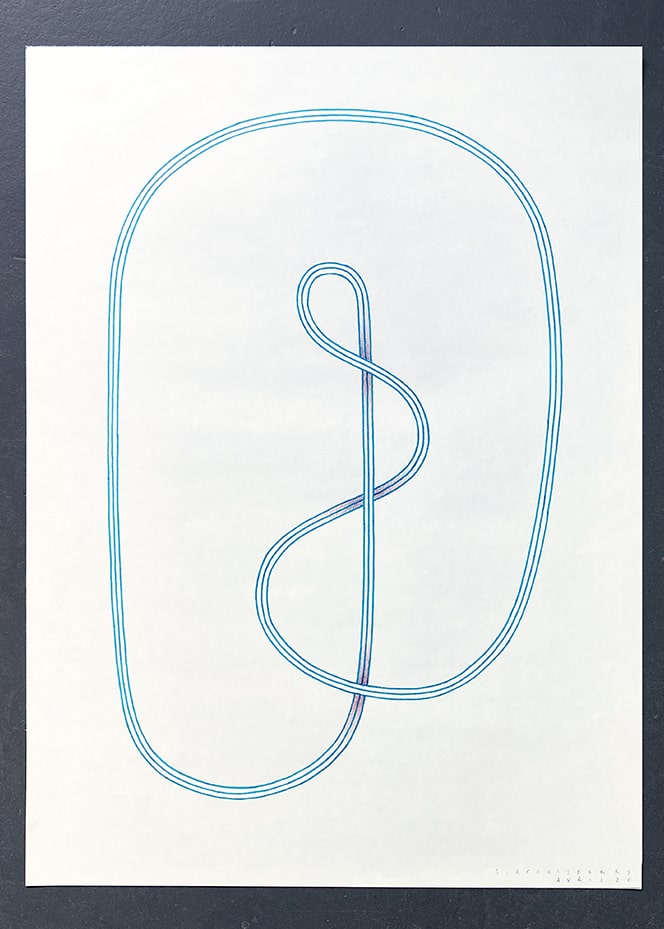 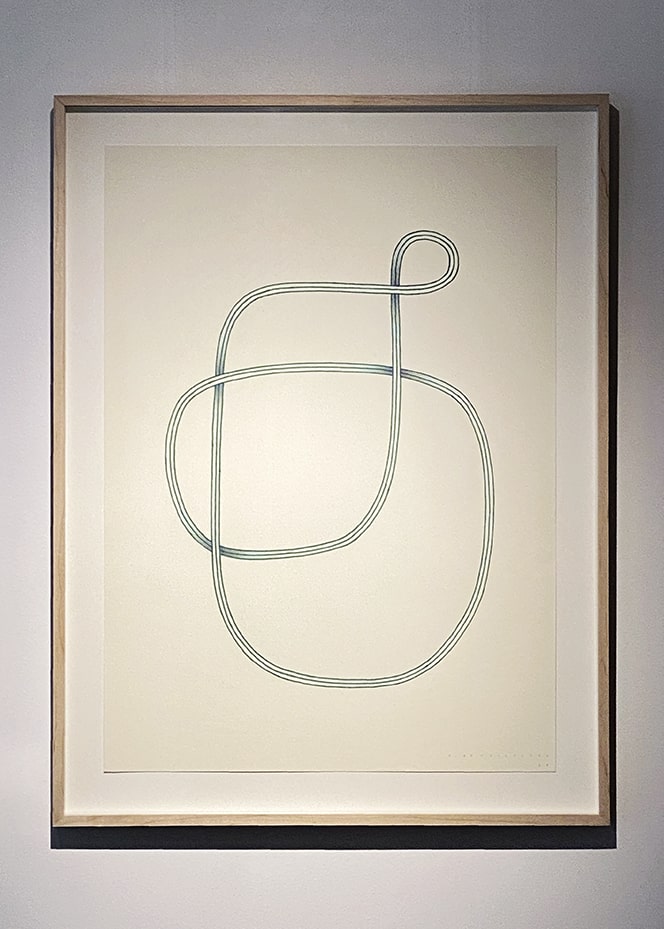 Boucles • dessins THE ART DESIGN LAB, 2020
Designer of the month