ZⓈONAMACO, the hub of art in Latin America, has just closed its doors. From February 9 to 13, this event, which is now a must on the world stage, was back in force for its 18th edition. By taking up its quadripartite format mixing antiques, contemporary art, modern art, design and photography, from all continents.

At the Centro Citibanamex in Mexico City, ZⓈONAMACO has returned to its quarters, after more than a year of absence due to the pandemic. Welcoming more than 200 galleries and exhibitors from more than 25 countries around the world, the fair with the stylized skull logo, born in 2002, offers amateurs, museums, curators, architects, national and international collectors, the best of art contemporary, modern, like design, photography and antiques. For this latest edition, it therefore returned to a broad and international formula that had proven itself before the crisis, thus abandoning the “Zona Maco art Week” which urged, between April 27 and May 2, 2021, local galleries to offer singular or collaborative exhibitions, in the heart of the gigantic megalopolis. 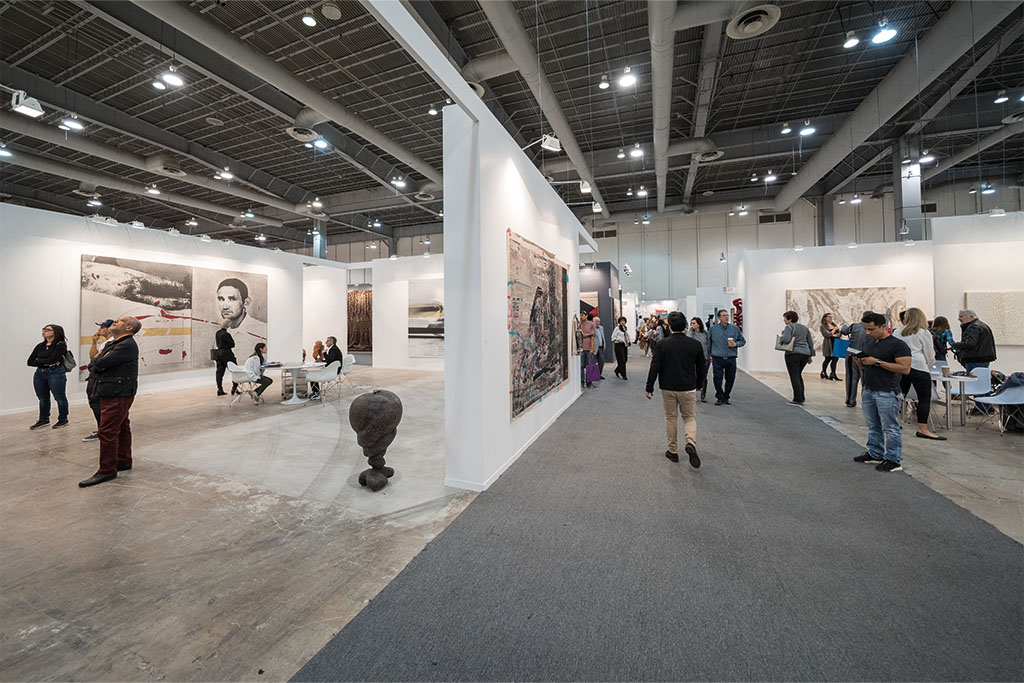 Its specificity? Offer four fairs in one, namely “Zona Maco Arte Contemporaneo”, “Zona Maco Disěno”, “Zona Maco Salon” and “Zona Maco Foto” – coupled with rich satellite events, such as its “Conversations” program inviting debate on current issues and the setting up of parallel activities in a number of institutions and galleries in the city.

Most important of all, the general sector of “Zona Maco Arte Contemporaneo” hosted this year around 70 leading international galleries offering pieces using all mediums, with global signatures. Among these brands, the Italian Continua with two addresses in France, but also Gagosian Gallery, the American with two galleries in the Paris region, which need no introduction. Faithful among the faithful, the Mark Hachem gallery, specializing in the modern artistic scene of the Arab world and in kinetic art is, this year, the only Frenchy to be part of the general section. Indeed, those of the foreground, such as the Lelong Gallery, present in 2019, which was joined, in 2020, by Perrotin Gallery, Almine Rech, Italian Gallery, Galerie Opéra, seem to have, for the time being, deserted Mexican territory. 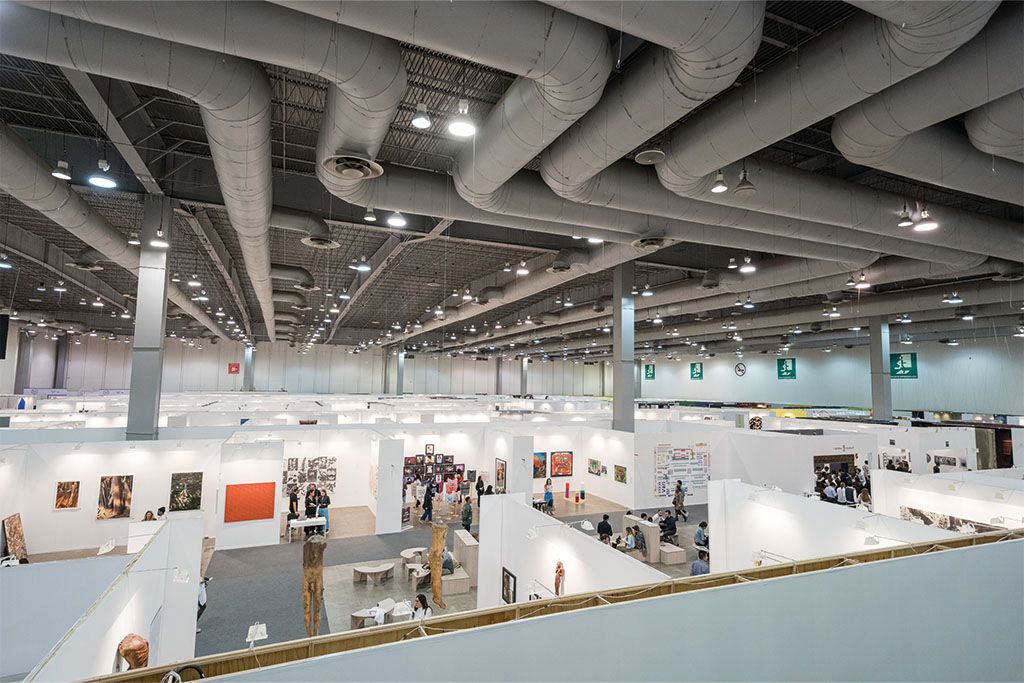 New section born from the merger of those “Nuevas Propuestas” and “Foro”, “Zona Maco Ejes” welcomes about thirty young or confirmed galleries particularly sensitive to current issues. Within it, the Franco-Peruvian Younique, known for defending, among other things, the South American scene, returned for the second time. New exhibitor, the very young 193 Gallery, dedicated to contemporary multicultural scenes (South East Asia, Africa, Caribbean, South America, Europe, Oceania), in Paris, defended its artists there. This year again, on the stand of Hispanic galleries – including many from South America – the section entitled “Zona Maco Sur” highlights dialogues between two visual artists, where “art, nature and imagination come together meet “. With around sixteen brands, including Diptych Fine Arts and the prestigious Marlborough Gallery, “Arte moderno” celebrates the art of the first half of the 20th century. 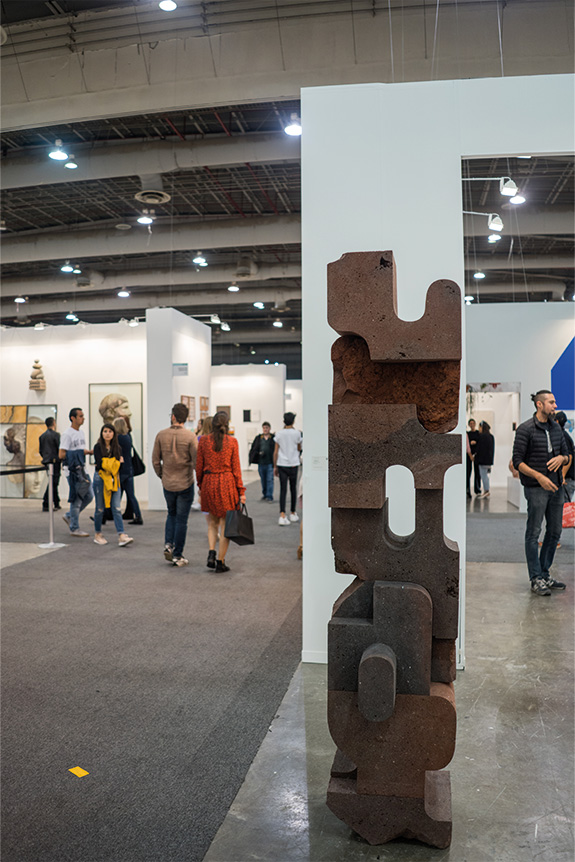 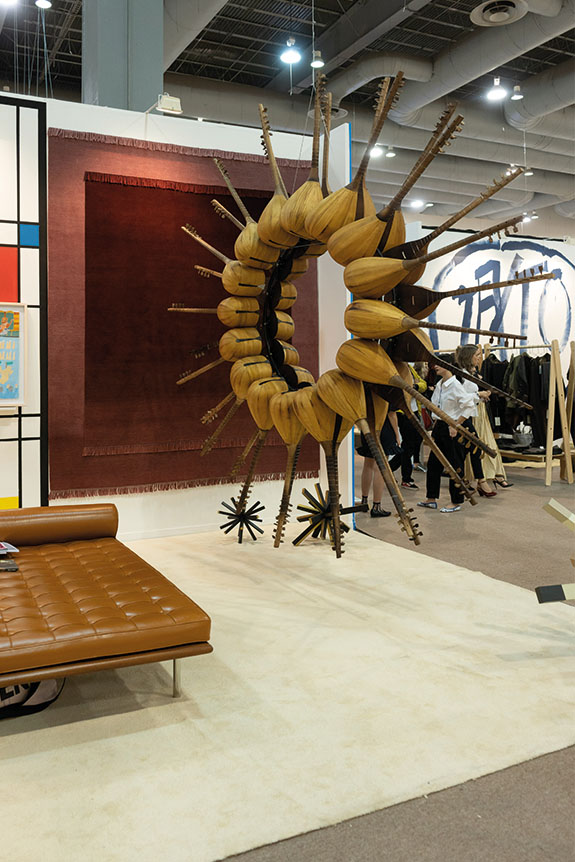 The French Touch of Design celebrated in Mexico City

For its part, the twenty-five galleries of “Zona Maco Disěno”, a fair active since 2011 and organized this year by the curator, artist and industrial designer, Cecilia León de la Barra, offer furniture, jewellery, textiles, decorative objects, but also limited editions and historical pieces. For its first participation, the Mobilier national, a symbol of French excellence since the 17th century, responsible for the conservation and restoration of the national collections, presents “On a cloud of Pixels”, a installation composed of a carpet, a sofa, two armchairs and a table, created by the French artist pioneer of virtual and digital art Miguel Chevalier, and the Franco-Japanese design studio A+A Cooren (Aki and Arnaud Cooren). A highly metaphorical work evoking “the quantitative explosion of digital data forcing us to find new ways of storing data, seeing and analyzing the world”, and therefore associating new technologies with the refined forms of minimalist design. 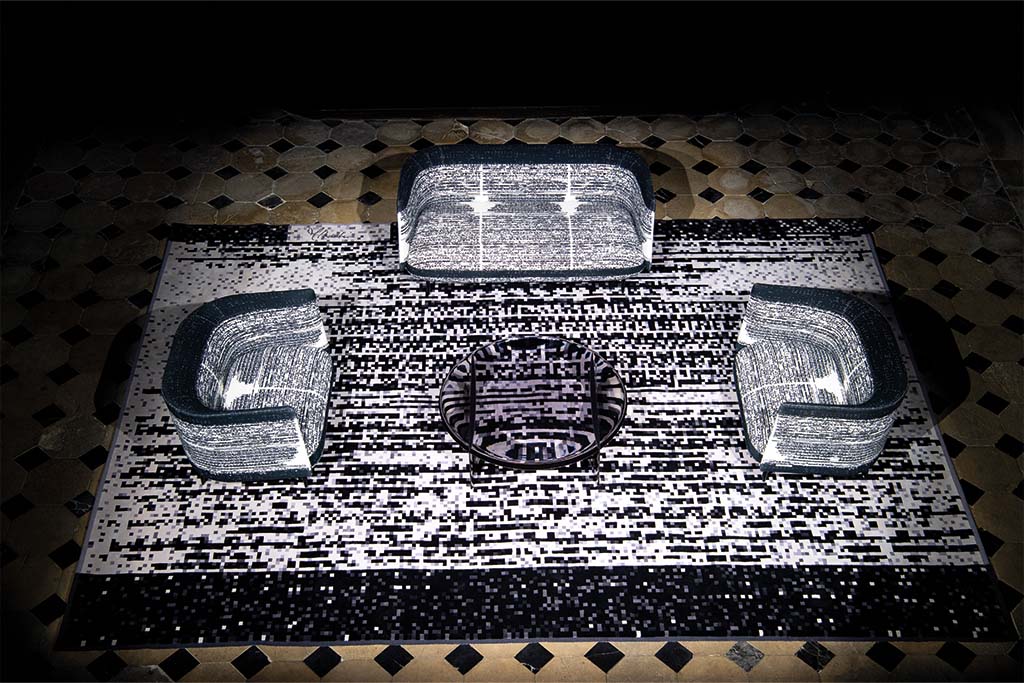 ''On a Cloud of Pixels'', by Miguel Chevalier and Studio A+A Cooren @ Thibaut Chapotot

Made by the Manufacture de la Savonnerie, the rug represents a sleek and graphic alphabet of black, gray and white pixel patterns. The sofa and the two armchairs were made by the Research and Creation Workshop (ARC), upholstered by the tapestry decoration workshop, and covered with a cover in Dedar cotton fabric, printed by the Prelle company. As for the coffee table, made of polymethyl methacrylate (PMAA) by the company Dacryl, in association with the ARC, it is in the shape of a magnifying glass and tinted and polished.

Photographs and antiques for a complete offer

Finally, the ten Latin American galleries of the “Zona Maco Salon”, a fair born in 2014 and specializing in art before 1960, like the fortnight of “Zona Maco Foto”, including the Parisians Lou & Lou Gallery and Gregory Leroy Photography, are come to complete a resolutely complete and diversified offer of the art version 2022. Despite a global context still feverish by health uncertainties and a European scene turned upside down by the arrival, next fall, of the Swiss juggernaut Art Basel, in the country of Fiac, the one that is nicknamed, on purpose, the “Art Hispanic Basel” will, we hope, reinvigorate the market at the start of the year. And attract visitors again by the quality of its exhibitors, the plurality of its proposals, such as the highlighting of a local scene, rich, although still too confidential on a global scale.