A boarding counter, multicolored balloons, painted frescoes… Welcome to this new space dedicated to coworking, from the Wojo group, steeped in the eclectic culture of the 13th arrondissement of Paris.

A new workspace in Paris? Yes, and m2 dedicated to rather stimulating offices a stone’s throw from the BNF… Creating the unexpected and the surprise on each floor, such was the brief of the sponsor, the Wojo group, founded in 2015, then the merger of Bouygues Immobilier and Accor in 2017, to the Tétris agency in charge of the project. All of the creatives embarked on this flexible space project on rue de Tolbiac, the group’s 14th co-working site, on the theme of an imaginary journey. The redesign and design of the spaces have been thought of as a place of life according to a stroll that unfolds on the nine levels of the building. More than 800 offices, meeting rooms, private rooms and open space, follow one another, punctuated by specific colored signage on each floor, and identifiable at the entrance in the form of a bouquet of balloons in rainbow colors, produced by L2B2. 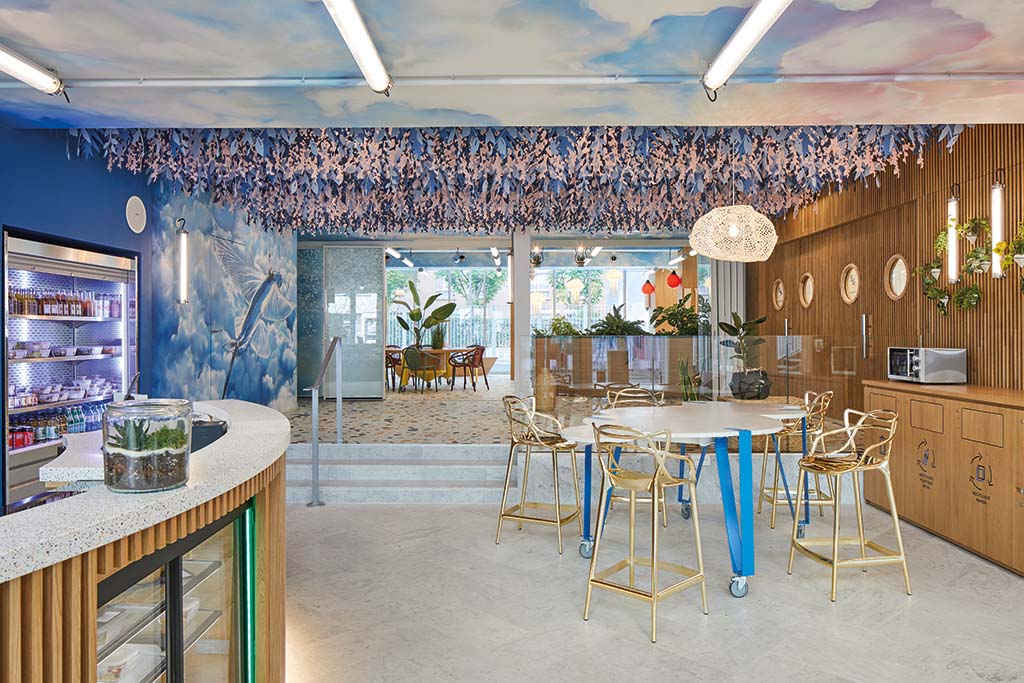 If the furniture was designed by Cocorico Paris, a multidisciplinary agency and Cider, editor of office furniture, but also the brands Fermob, Fatboy, or Mojow (inflatable chairs), the designers are also committed to a CSR approach, with, in others, HQE and Bream labels for the building. By calling on the Lille-based creative company Etnisi, which specializes in the recovery and recycling of local used materials, some tables in the common areas have been eco-designed from coffee grounds, porcelain and shells. No coworking space without its rooftop! 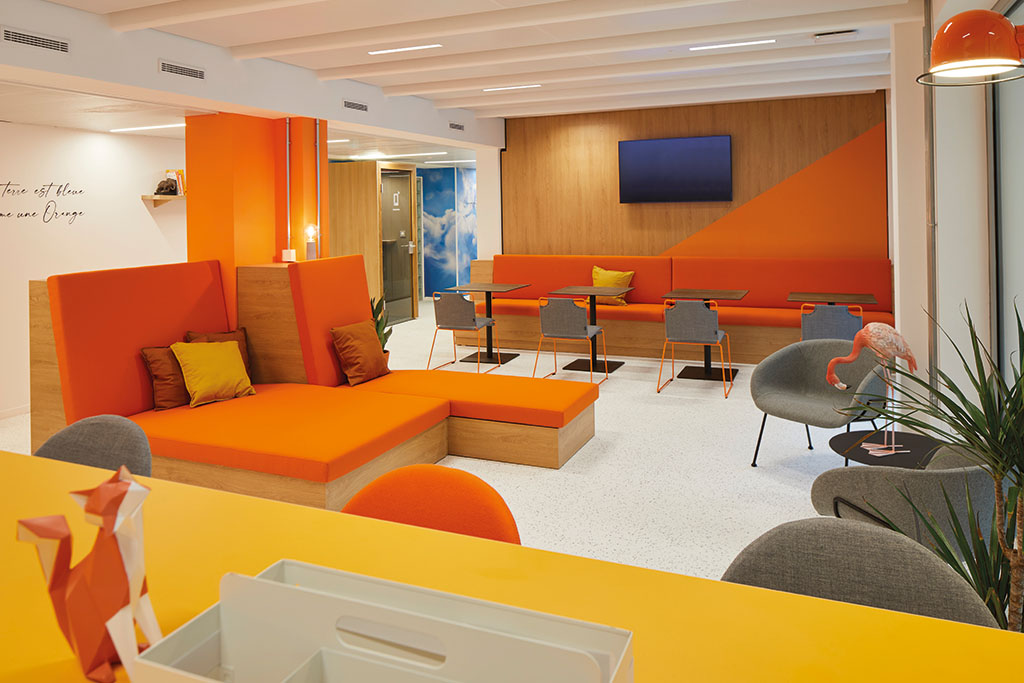 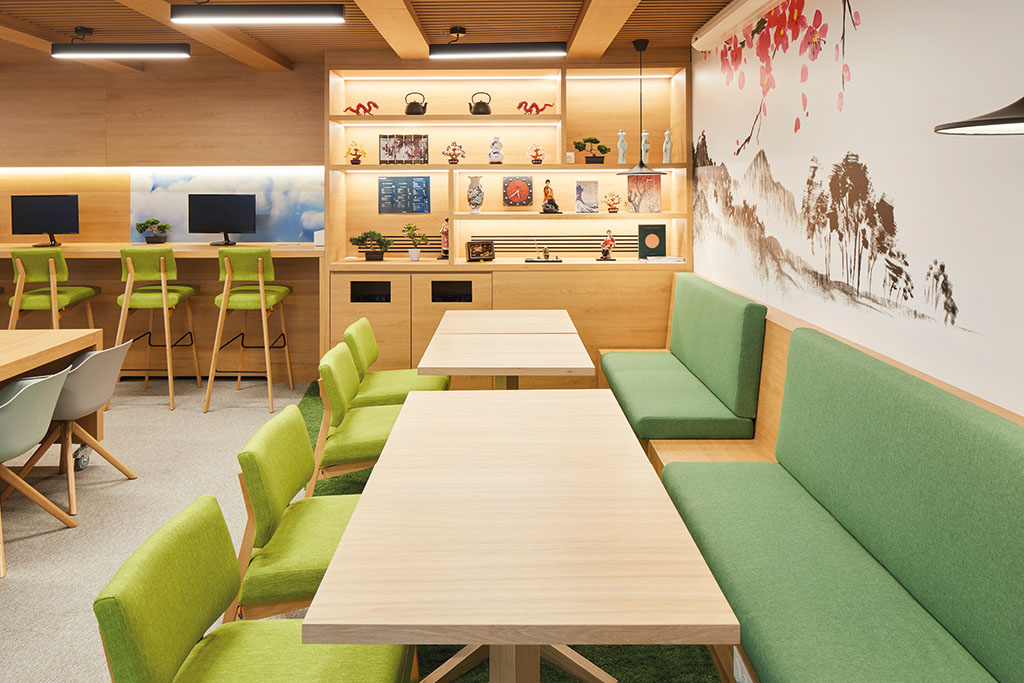 And on the top floor, you can discover the 360° panoramic view of the capital! Street artist Big Oh! created several painted frescoes, a large trompe l’oeil sky and the full-height wall on the theme of the roofs of Paris that encompasses the entrance hall to the top floor. Another artistic intervention, the facade, whose envelope was created by the visual artist Carmen Perrin, which plays with natural light and the colored nuances of the glass bricks. 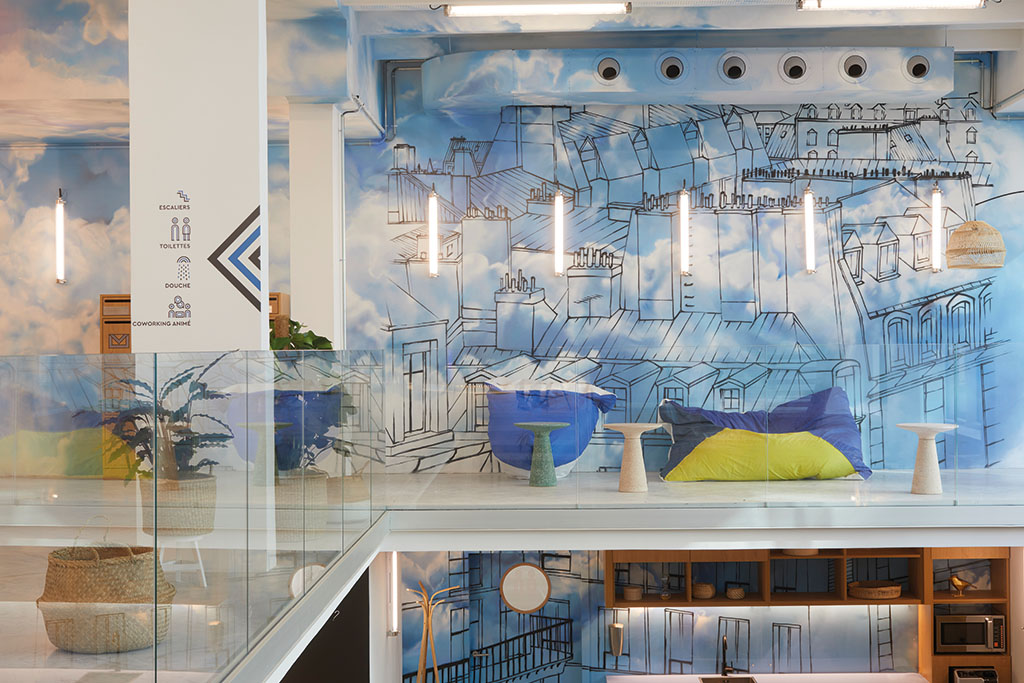