On the program of the new Vitra collection announced for the fall: a re-edition of the Tout Bois Chair by Jean Prouvé, the Moca chair by Jasper Morrison and the Citizen armchair by Konstantin Grcic and the Découpage vases by the Bouroullec brothers.

Designed in 1941, through its form, the All Wood Chair expresses Prouvé’s intention to provide additional solidity in the transition between the seat and the backrest, where the human anatomy exerts the most important load. The profile of the rear part of the frame – the rear legs and the backrest support – refers to this load transfer and is a typical feature of Prouvé’s creations, both in the field of furniture and architecture.

During the war, Prouvé created several prototypes of this chair in order to test the resistance of its structure as well as the assemblies, the position of the legs and the connection between the seat and the backrest. The species chosen was based on availability at the time. After the war, oak was again available in sufficient quantity, and this seat was finally made in oak and plywood, and in 1947 it was a winner of the “Meubles de France” competition. Later, the All Wood Chair was replaced by a removable version in metal and wood which gave way to the model No. 305, also combining a metal base with a wooden seat and back – known today as of Standard Chair.

The reissue offered by Vitra corresponds to one of the variants of the creation of Jean Prouvé of 1941, whose construction does not require any screws. The height and geometry of the seat are the same as those of the Standard chair and therefore meet current standards and requirements. The look and warm feel of wood provides an interesting contrast to the practical structural design, typical of Prouvé’s functional approach. In light oak or dark stained oak, the seat will be available this summer.

The new Vitra collection also includes the Citizen armchair designed by Konstantin GRCIC, remarkable for its aesthetics and ergonomics: the seat is suspended from three cables offering a pleasant rocking movement, while the backrest is firmly fixed to the steel frame. This dynamic sitting experience is underlined by the depressing effect of the cantilevered frame mounted on a swivel base. Citizen is characterized by its tubular steel frame that defines the structure and shape of the chair, as well as the freely suspended seat cushion, which seems to float above the base. While the seat and back are upholstered, the structure and metal frame are deliberately left visible. 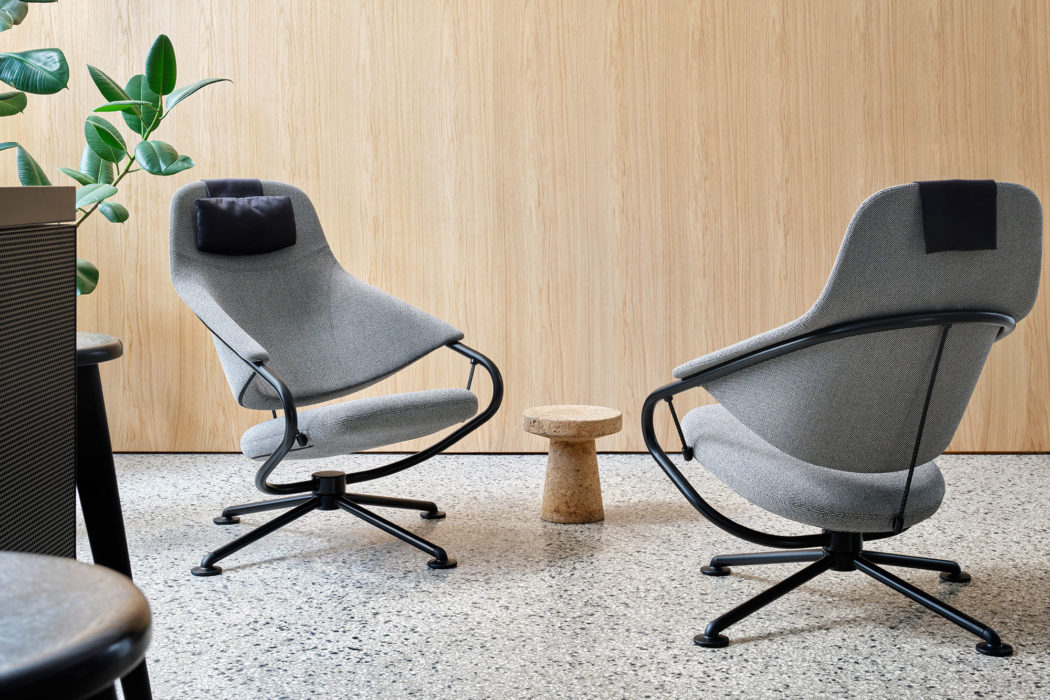 Through its sobriety and timeless lines, the Moca chair is an expression of the “super normal” design philosophy of British designer Jasper Morrison. The base is made up of two tubular steel arches – one forming the front legs and the backrest support, the other forming the rear legs. Two plywood shells covered with veneer are mounted on the base elements, forming a comfortable seat and backrest with anatomical shapes. The design of the stacking protector fixed between the seat and the backrest ensures optimum protection of the veneered surface. The shells of Moca are in natural or dark veneered oak and the base is available in a chrome version or with a very robust matt enamel finish, formed by a powder coating. 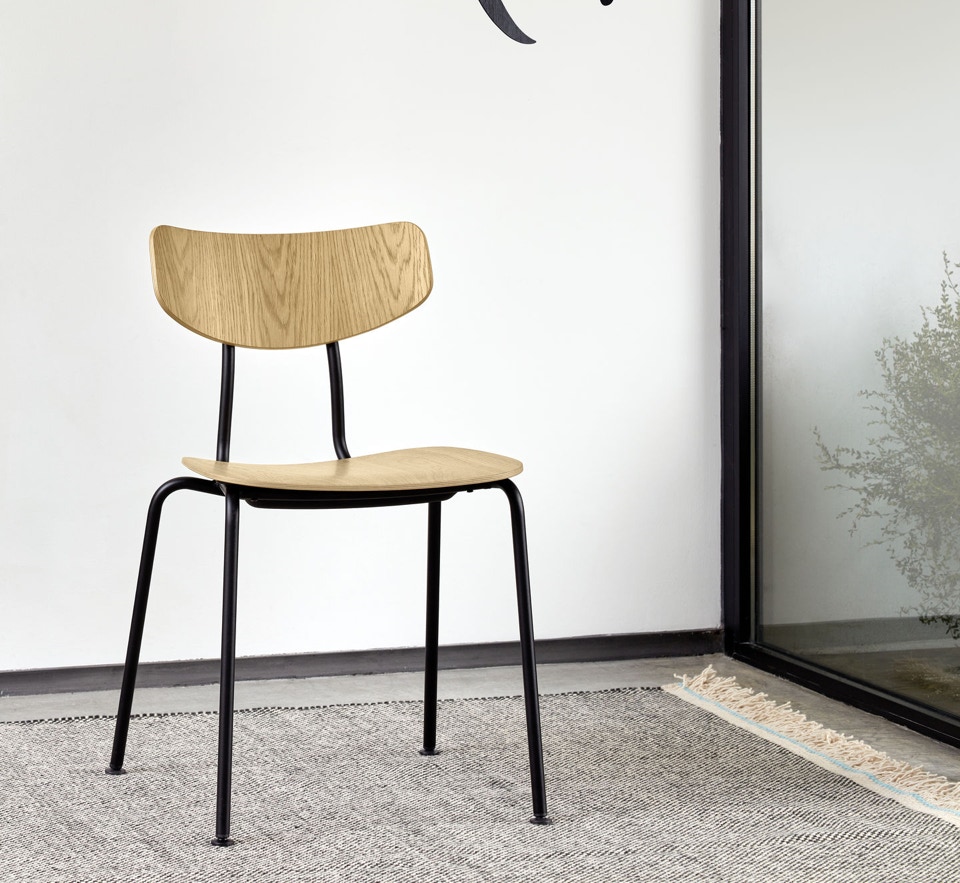 The Decoupage Vases by E. and R. Bouroullec

They had been the subject of a sublime scenography during the 2019 edition of Milan. Decoupage vases each consist of a combination of a cast cylindrical vessel and a set of abstract clay plates and bars that can be attached or placed inside the vase. All of the elements have a distinct handcrafted appearance and are available in a variety of colors – together they create poetic compositions that look different from every angle: whimsical, ironic, quirky, lively. “The arrangements form a delicate balance, as the colors and contrasting layers converge to create a new harmony”, explains Ronan Bouroullec.