The return of the off exhibitions at the Venice Biennale 2022

Renowned for its international exhibition and numerous national pavilions, the Venice Biennale of Contemporary Art is also known for its many satellite events. Supported by galleries and foundations, often housed in magnificent palaces, they contribute to the unmissable character of the general event. Presentation of two of these off exhibitions, among many others.

Curated by Christophe Leribault, president of the Musée d’Orsay, some 35 pieces by the American artist Kehinde Wiley invite the public into the realm of recumbents, struggle and introspection. In an intriguing half-light, “Archaeology of silence” presents paintings and bronze sculptures that often repeat the posture of the dead Christ at the tomb (1521) by the German painter Holbein the Younger, a favorite of the Galerie Templon. From this monumental dead Christ, but also from the great works that mark the history of painting, Kehinde Wiley will transpose the expressions in the bodies of young African-Americans, men and women “martyrs” of police violence, fallen heroes and heroines of the 21st century, staged in a colossal way. Without a trace of violence or suffering, the often anonymous figures, painted on plant backgrounds with saturated chromaticism, like the oversized bronzes, are impressive of modern verism. And above all, the gigantic equestrian figure, which in part resumes the attitude of the great historical sculptures of this type, is very striking because of its exaggerated monumentality and its theatrical scenography. Through these prisms, the artist wishes to shed light on the black community, which has been largely forgotten in the history of art. A radical, committed exhibition, which may displease by its crazy excess but which never leaves one indifferent. 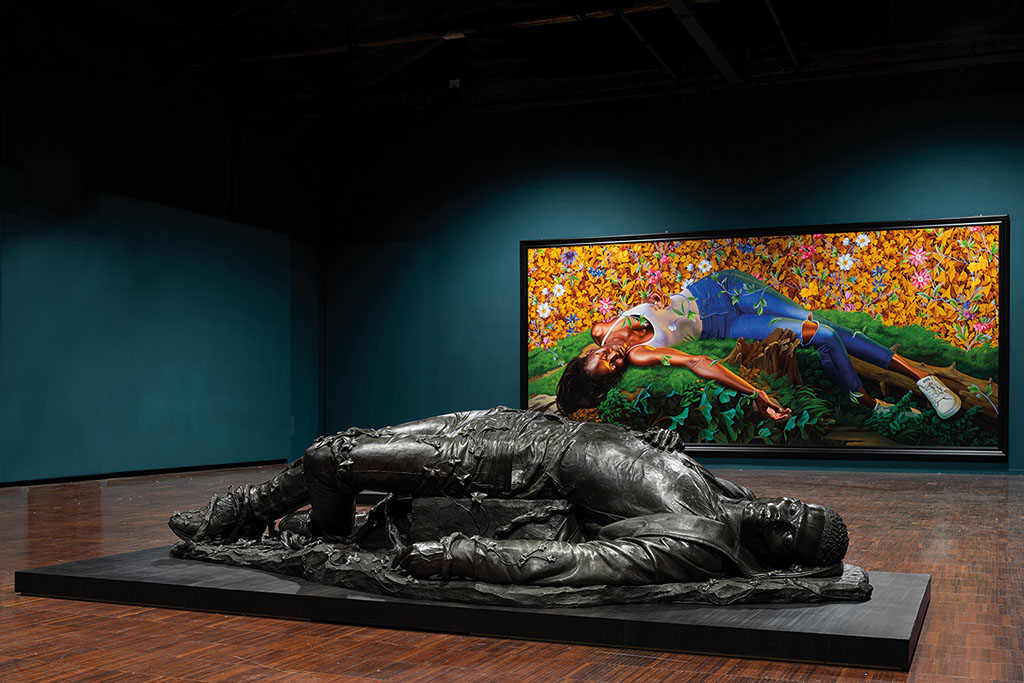 At the Cini foundation, “On fire” sets the fire!

In another part of the foundation, pieces by artists Yves Klein, Alberto Burri, Arman, Jannis Kounellis, Pier Paolo Calzolari and Claudio Parmiggiani are brought together by the Italian curator Bruno Corà, in the first exhibition entirely dedicated to the theme of fire. The six sections of the exhibition highlight this phenomenon used for plastic purposes. As a counterpoint to the works in the chapters dedicated to each creator, the documentary films contextualizing the subject of these very strong works help to understand the various production processes. The first three rooms highlight the effects of combustion on various media: Klein’s trace on cardboard, the appearance of lunar or volcanic landscapes from melted plastic, present in Burri’s “Grande Nero Plastica” (1964), or the ghostly forms of the consumed object present in Arman’s famous “Fauteuil d’Ulysse” (1965). 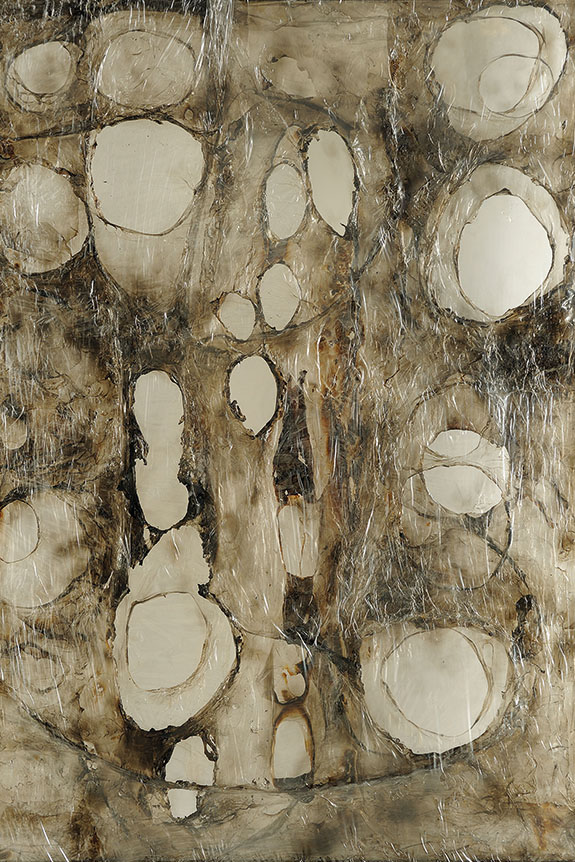 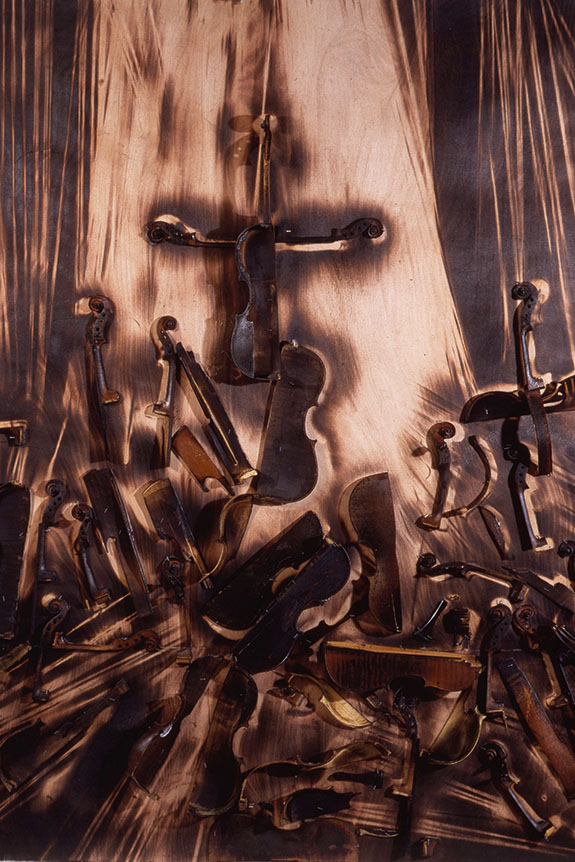 At the end of the course, Parmiggiani makes the black smoke a very poetic material. “Untitled”, his work created in situ, delicately conjures up the fantasy of a large library. In the land of historical and radical figures of post-war art, this educational exhibition attests to the importance of this element that transformed the art of the 20th century.