Skip to main content
News / The lessons of Art Deco

The lessons of Art Deco

Art Deco in France and Art Deco on the other side of the Atlantic, two names for a modernist style striving to put art in everything. The Cité de l’architecture is bringing this style back into the spotlight, still hoping for its official recognition.

“Art Deco is despised,” laments Emmanuel Bréon, curator of the exhibition “Art Deco, France-North America,” currently on display at the Cité de l’Architecture. There is not a single Art Deco work at MoMA (Museum of Modern Art in New York), nor in the collections of the major French museums. As for the almost homonymous Musée des Arts Décoratifs, it covers a much wider spectrum in the applied arts. A ray of sunshine in this desolate landscape is the great success of Jacques-Émile Ruhlmann and Pierre Chareau in the auction rooms, and the curiosity of the general public for the genre, with urban tours in Saint-Quentin, Roubaix, Lens, Clichy, and elsewhere, not to mention the Art Deco Societies that abound across the Atlantic.

Like Art Nouveau, pejoratively called “Art Noodle” until its rehabilitation by the Musée d’Orsay, will Art Deco receive its official consecration and emerge from the critical purgatory where it has languished for so many years? Tracing the genealogy of this movement is not easy, and by emphasizing the link between North America (including Canada, the United States and Mexico) before defining the Art Deco, the exhibition does not help to clarify the situation. For once, Art Deco was not a novelty in America, like hotels or skyscrapers. Born in Europe, it would have crossed the Atlantic with demobilized American soldiers, studying in specialized schools in Fontainebleau or Meudon while waiting for their return home. But were they learning the springs of a new modern style or were they testing an avatar of the teaching of the École des Beaux-Arts, then at its peak? A movement without a manifesto or a real leader, Art Deco, according to some authors, only received its name in 1966, on the occasion of an exhibition at the Musée des Arts Décoratifs in Paris. The 1925 exhibition, a major moment for public art in France, is also considered to be its birth date. Briefly addressed, because already object of an exhibition in the same walls in 2013, the event was only crystallizing practices that appeared at the dawn of the twentieth century. The time of Art Deco seems to run from the 1900s to the eve of the First World War, with an international spread, especially across the Atlantic, at the center of the exhibition. 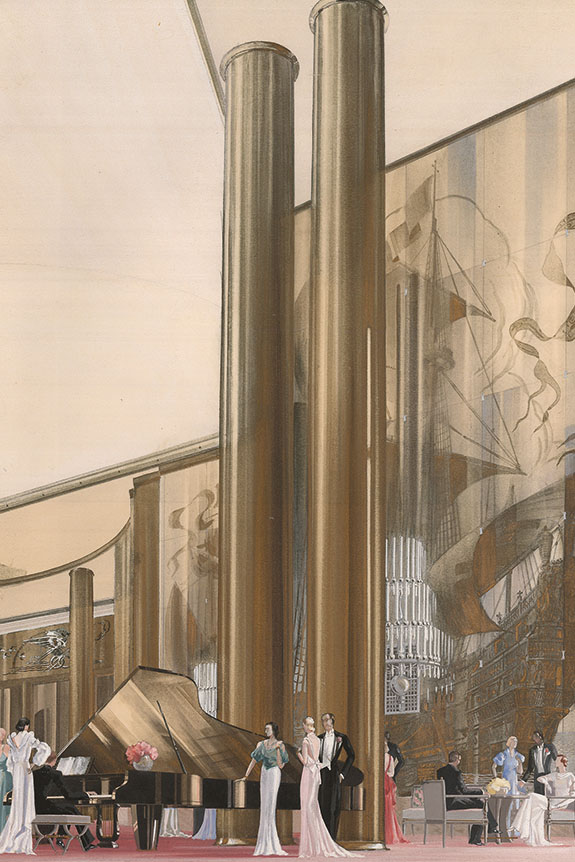 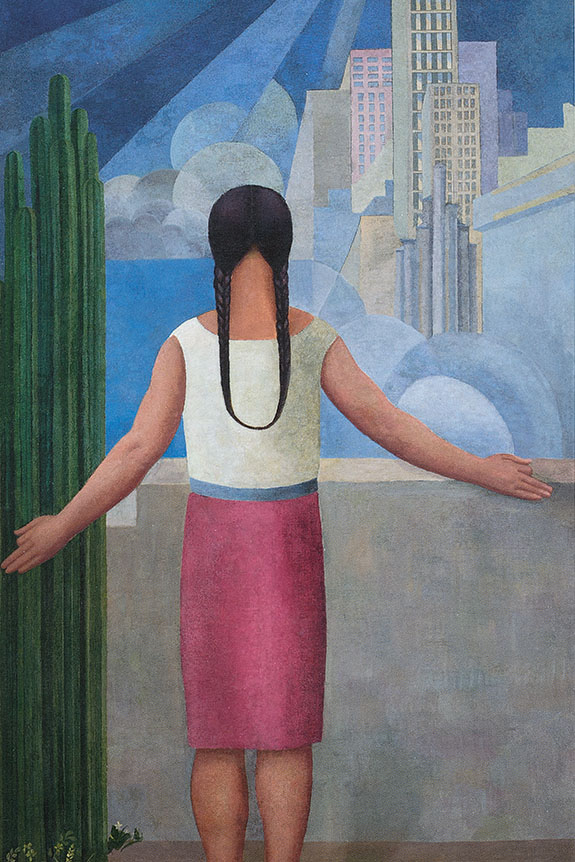 The most captivating aspect of Art Deco is still today the will to invent an artistic form applicable to all the arts, pure or applied, from architecture to painting, through textiles, furniture, sculpture or cinema. It appears as the latest incarnation of the total work of art, following a principle born in Germany in the nineteenth century with the Wagnerian theater applying the creation to all scales. Art Deco was attached to the link between art, craftsmanship and economy, another Germanic principle that would lead to the creation of the Bauhaus, but no more in France than in the United States would it have such an emblematic school. The support of the French state to the decorative arts, perceived as an element of excellence of the national economy, is perceptible in the exhibition of 1925, then the Universal Exhibition in Paris in 1937. As a permanent exhibition, the great liners were used as much to transport passengers as to showcase French know-how. A picture rail shows a cross-section of one of these floating cities that would fascinate many architects, and gives a glimpse of the dining room decorations of the “Île-de-France” (1927) or its more prestigious rival, the “Normandie” (1935). The passenger crosses the Atlantic in a floating, walkable work of art, a décor worked to excess by Ruhlmann, Louis Süe and André Mare, sculptor Alfred Janniot and painter Jean Dupas, to name but a few. “The most beautiful champagne bucket in the world”, the press of the time would have said of the “Île-de-France”. 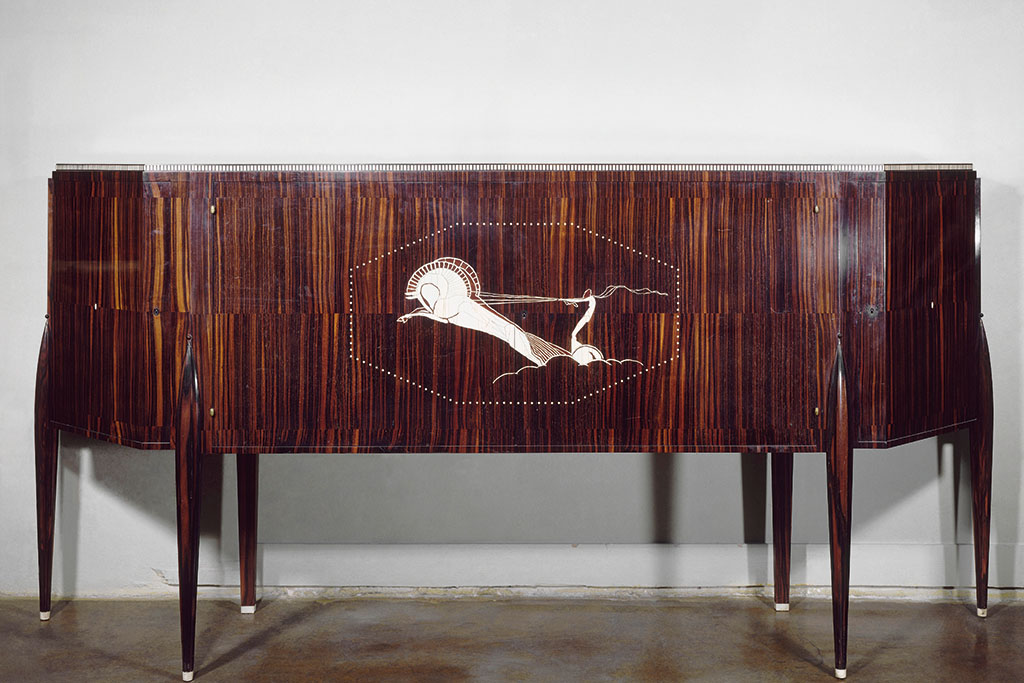 On the land or on the sea, Art Deco is first the art of the upper middle class. It developed in private mansions. It developed its vocabulary in complete freedom in these private worlds where new ways of working glass or iron were invented, where motifs were chosen and their stylization worked on. No surprise, then, that Art Deco was found on the signs of New York’s luxury department stores when it crossed the Atlantic. This language of the elite is democratized after the crisis of 1929, to reach the popular habitat and furniture. The stylized fruit basket will triumph on railings, pediments and columns, eclipsing the old and complicated acanthus leaf of Corinthian capitals. The Art Deco offers to a world in crisis the possibility of having a modern, economic and all-purpose ornament. 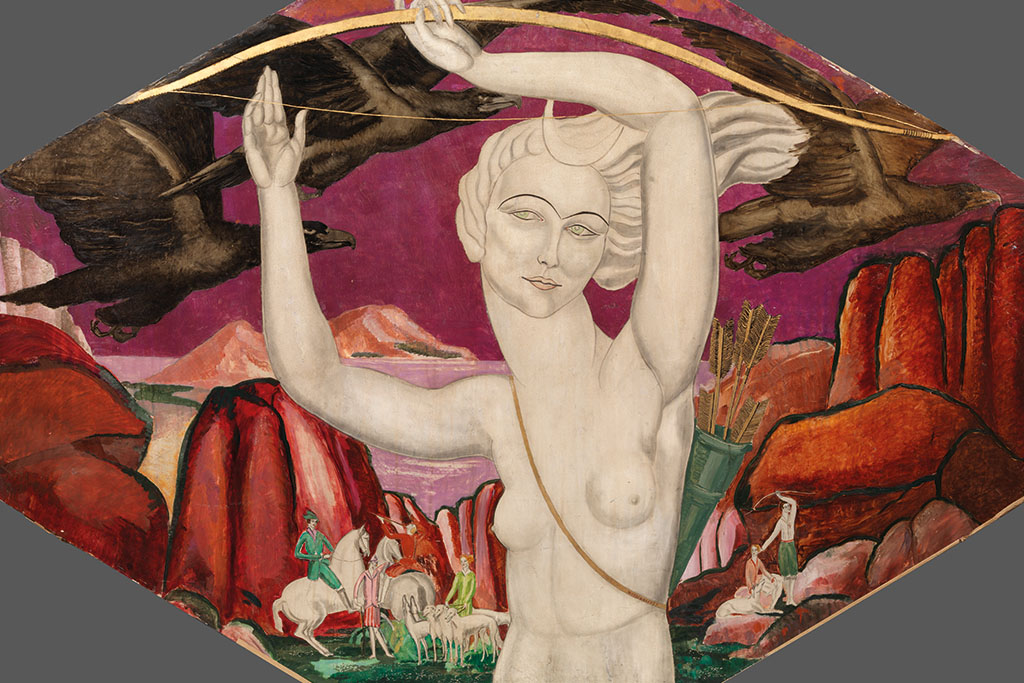 Streamline, or the Art Deco origins of design

The paintings of the Mexican Angel Zárraga are among the beautiful discoveries of the exhibition. His move to France in 1904 does not make him the most representative subject of New World Art Deco. After the department stores and the world of luxury, the diffusion of the movement and its popularization across the Atlantic was achieved through the objects accompanying the rise of mass consumption espousing the “streamline” style, also despised by museums and critics. Invented by figures such as Donald Deskey, Walter Dorwin Teague or Raymond Loewy, prototypes of the industrial designer, the style is identified with three “lines of speed” which would be borrowed from the comic strip. They impart an idea of movement to objects that have no need of it, as long as they are not used as projectiles: pencil sharpener, lamp, radiator… Aerodynamic studies developed in aeronautics, applied to locomotives and automobiles, also explain the genesis of these forms, and the strokes represent the flow of air visualized in the wind tunnel. The development of artificial materials, such as Lloyd Loom, an ersatz of the rattan used to make furniture in the zeppelins and the nascent air transport, announces the appearance of constraints of lightness and the arrival of new synthetic materials that will gradually change the game in terms of design. 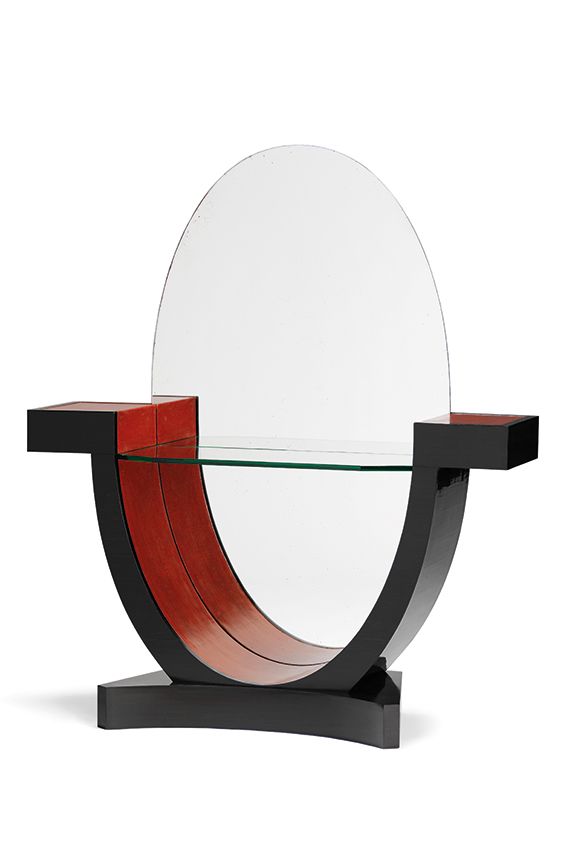 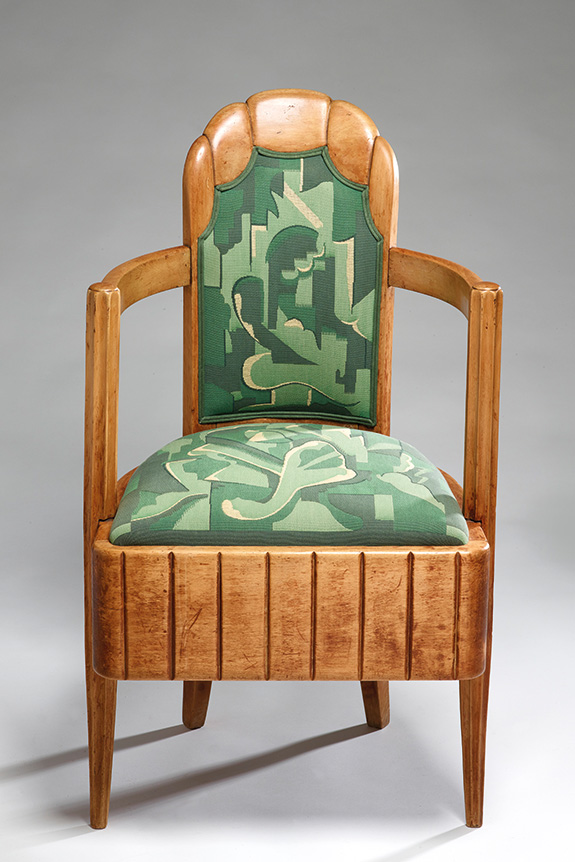 If the numerous sculptures and paintings in the exhibition will delight the visitor, will they be enough to console him for seeing so little architecture within the walls of an institution dedicated to it? Where are the controversies triggered by this style? They were however animated, as evidenced by the book “L’Art décoratif d’aujourd’hui”, published by Le Corbusier in 1925. A condemnation without appeal of an Art Deco that he considers superfluous. “Modern decorative art has no decor,” said the architect. Where are the Faure-Dujarric, Henri Zipcy, Henry Trésal, or, in the United States, the Arthur Peabody, Ralph Walker, Van Alen? Where are the apartment buildings, the department stores, the pavilions of the 1925 Exposition, the Mexican embassy, previewed at the Exposition and then forgotten? The architecture is limited to three interesting examples, but often peripheral or already very well known, such as the Palais de Chaillot, described as Washingtonian, and the figure of Jacques Carlu, an Americanophile architect who lived in the United States for a time. There is no way to understand the debates, nor to restore the richness of this forgotten heritage, which is still under threat. Is this a sign that, even more than Art Deco, architecture is struggling to gain critical consideration?