The “crossbreeding” of practices at the Jardins de Métis

The Jardins de Métis International Garden Festival (Canada) has just ended. Driven by the theme of crossbreeding, this 2020 edition braved the health crisis thanks to the involvement of the festival teams: they built the 5 installations of international designers, stranded in their countries of origin.

The 2020 edition of the Festival international de jardins des Jardins de Métis focused on bringing designers together, known as “crossbreeding”.In the Canadian context, although the First Nations (the indigenous populations present before the arrival of Jacques Cartier in 1534) were often despised, the interbreeding which was born in particular in the 21st century encouraged creativity and encouraged the emergence of new practice.In the context of the Festival, crossbreeding concerns practices (landscape architecture, architecture, visual arts, industrial design…), plants (indigenous or exotic) or materials (natural or manufactured).

On the five selected installations, the visitor becomes an active participant, by lying on the carpet of Augmented Grounds , sneaking through the circles of (Mé) Weaving , by becoming a vibraphonist in Resonance body , exploring a coral reef in Coral forest or by intertwining in the macrame of Entwine . 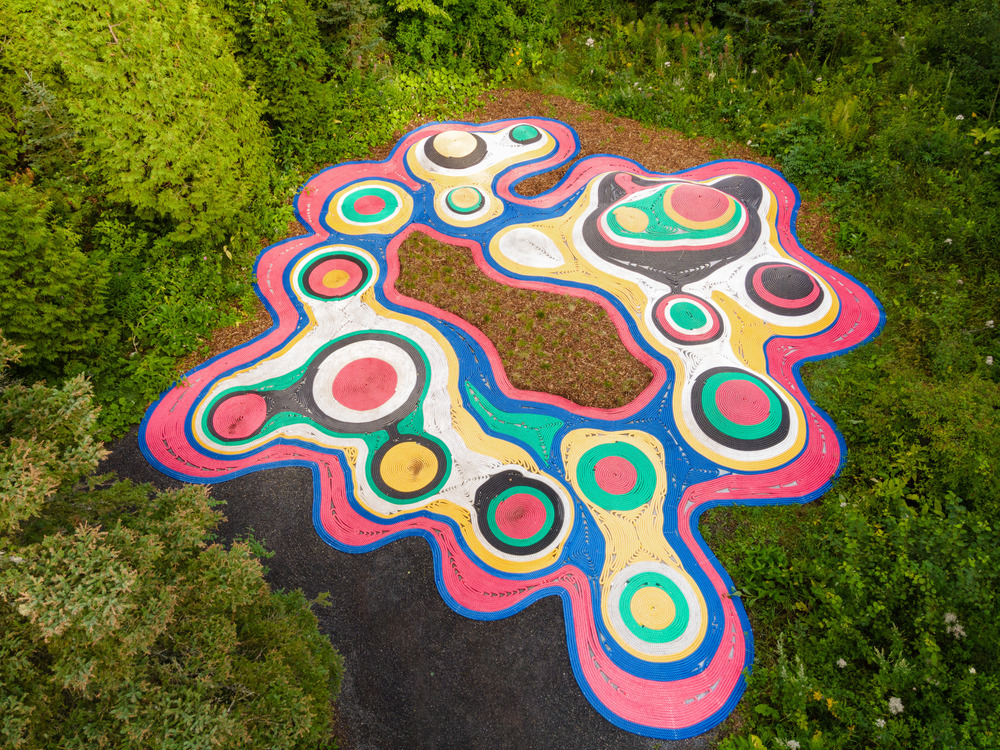 This musical madness takes shape in a forest clearing. Visitors move in and around this giant instrument, which comes to life vibrating to the sounds of the forest.

Charlotte Barbeau, Leila Desrosiers and Félix Roy are environmental designers, graduates of the UQAM School of Design. Jean-Benoit Trudelle holds a master’s degree in architecture from the University of Montreal. They came together for this project in order to create a multidisciplinary team, able to reason between the object, the architecture and the landscape.

The integration of an old technique of knotting macrame makes it possible to showcase varieties of hybridized plants for horticulture. Inside a spiral, visitors are free to walk around to see the test tubes up close.

Waiyee Chou and Carlos Portillo graduated with an MA in Landscape Architecture from the University of Toronto. Waitee has worked with Urban Strategies, City of Toronto’s Urban Planning Section, and Forest and Field Landscape Architecture, among others. Carlos is a landscape architect with Claude Cormier et Associés, he is currently working on the design and construction of a park for downtown Toronto. 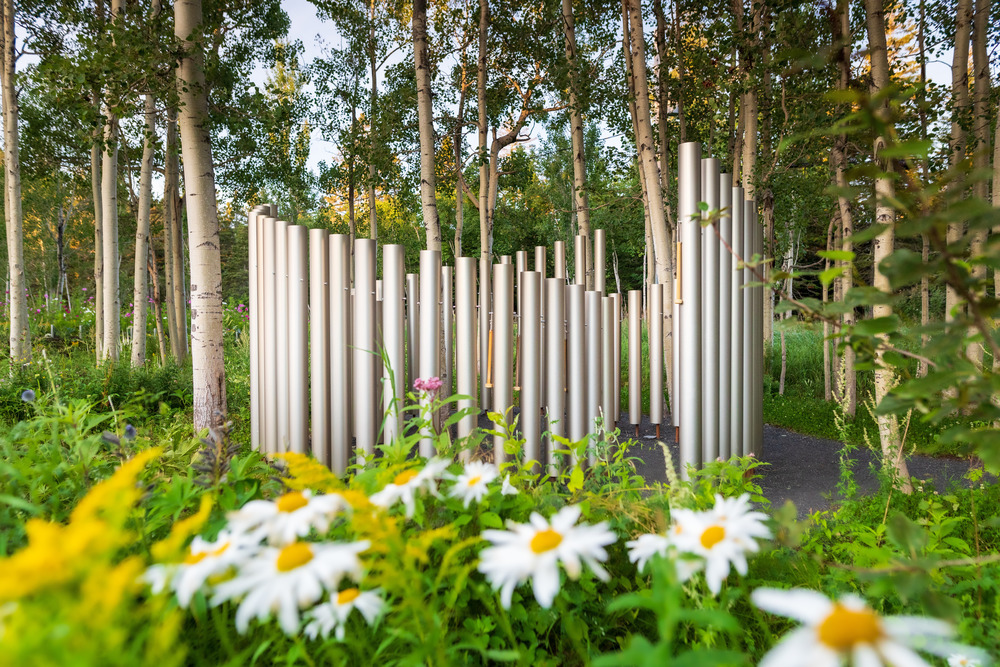 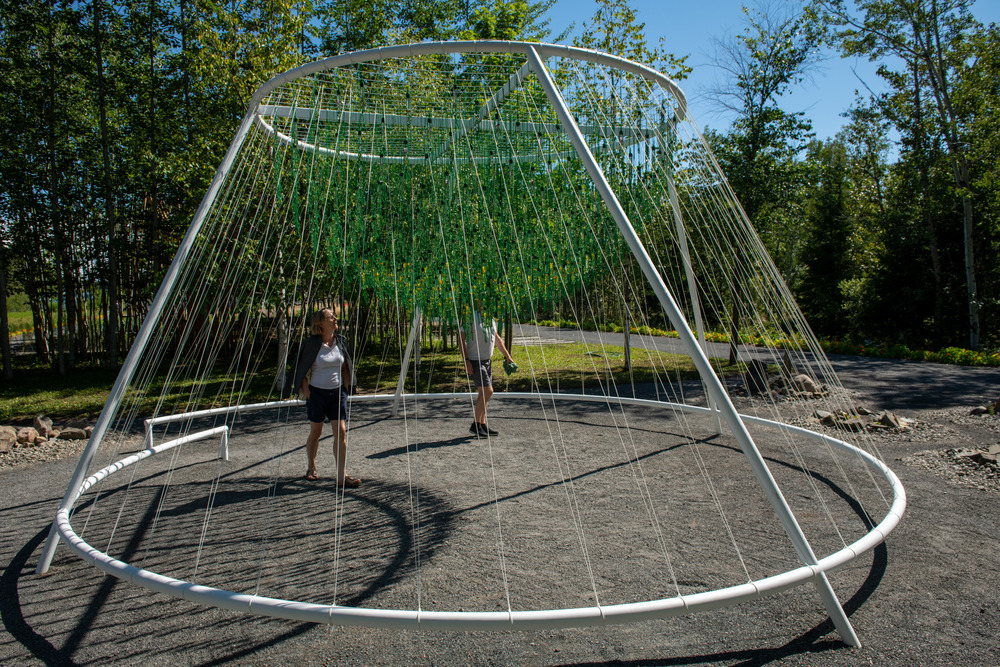 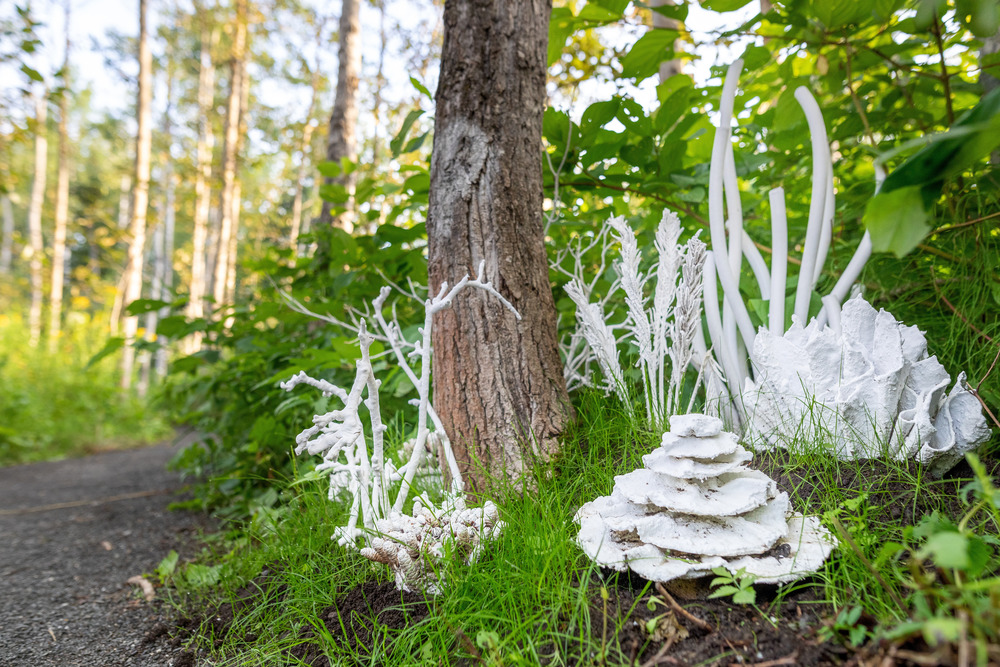 A different kind of coral reef takes shape along a path. A limestone community takes root in the wooded area with a mixture of forms that creates an unusual landscape and a new hybrid community.

Lucie Bulot is an interior designer at HMONP, graduated from the National School of Architecture (ENSA) in Paris-Val de Seine. Dylan Collins is a DE architect, graduated from ENSA Paris-Malaquais. They have been living and working in Montreal since 2019. Their collaborative work began in 2017 with the realization of the garden Ephemeral Eternals at the International Garden Festival of Chaumont-sur-Loire. In 2019, they create Eternal snow , as part of the Passages Insolites event presented in Old Quebec.

A woven landscape that invites visitors to enter a space created by hanging colorful ropes. This experimental garden brings together visitors around an installation between architecture and nature. An invitation to question oneself on the weaving of links between communities.

Duc Truong is a French architect who graduated from the Strasbourg School of Architecture. In 2017, he co-founded the architectural collective Figures vives and went to Tokyo to work at the Sou Fujimoto Architects agency, where he developed a real sensitivity for the interbreeding of architecture and nature. After a year and a half spent in Japan, he decided to return to Europe and continued his apprenticeship in architecture at OMA (Office for Metropolitan Architecture) in Rotterdam, the Netherlands.

The barricade tape, which we could see in abundance in Canadian public playgrounds to prevent access last spring, is used here conversely to invite visitors to the Musée de la civilization in Old Quebec. to climb the steps leading to the roof terrace. The colors of this third edition are inspired by a fishing fly by Elsie Reford. Some fishing accessories from the Jardins de Métis collection are also presented in the exhibition, Fishing stories .

Julia is an Assistant Professor in the Department of Architecture at the University of Buffalo, and Coryn is an Adjunct Adjunct Professor. Working in collaboration since 2003, they strive to create objects, spaces and situations that transfigure everyday life in a fun and highly stimulating way. Their work was awarded the League Prize of the Architectural League of New York in 2018. 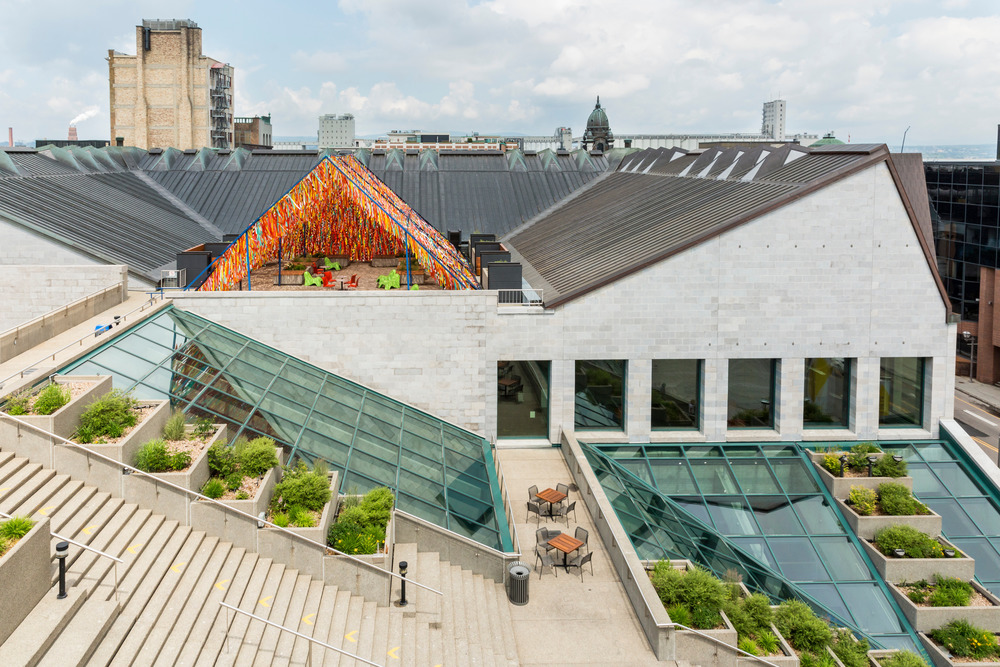 The result of a collaboration between UQAM, the Quartier des Spectacles Partnership (PQDS) and the International Garden Festival, the installation Surf runs until the end of October in the public space adjacent to the Saint-Laurent metro entrance in Montreal.

A dry garden represents the shore while a light wooden walkway, reminiscent of driftwood, crosses it. Following the line of desire formed by passers-by, the sinuous layout is also inspired by the shape of the mouth of the Mitis river, near the Jardins de Métis, which flows into the river. In the evening, the horizon emerges as a film is projected onto the brick wall which, during the day, interposes itself between the gaze of the passer-by and the river, barely a kilometer further south. The projection transports us beyond this limit by initiating a conversation between body and river, embodied by the dancer Ivanie Aubin-Malo. 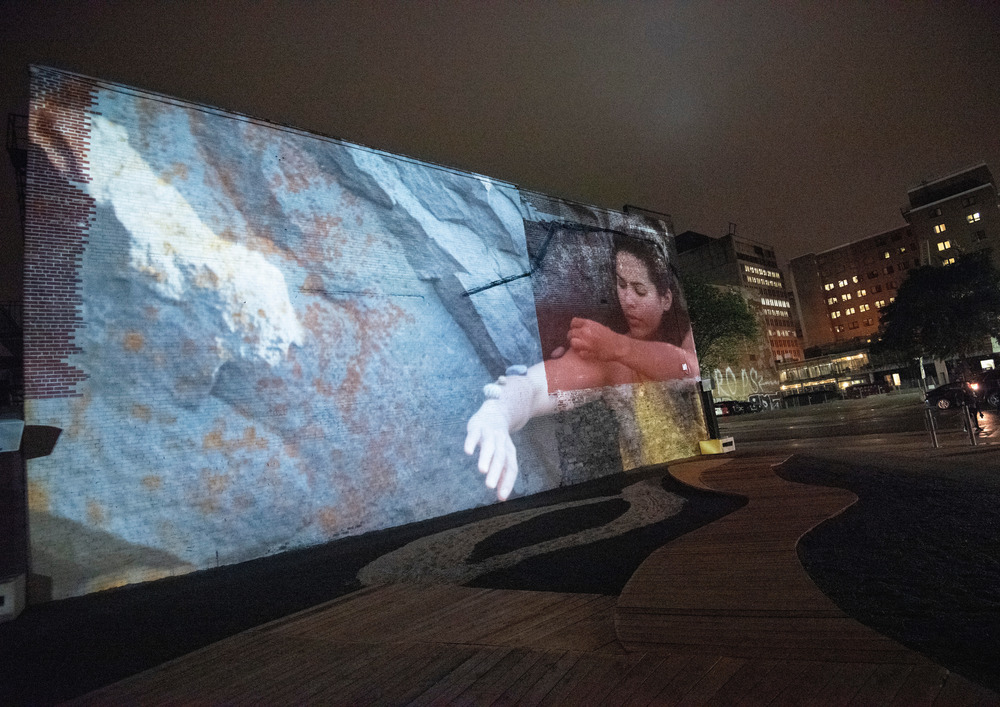