In Meisenthal in Moselle, in the Vosges, the Center International d’Art Verrier provides designers with a 15,000 m 2 site for endless experimentation. A real playground for designers.

In 1704, the Verrerie de Meisenthal (valley of the tits) was born for productive epics until 1969. This industrial wasteland in the Pays de Bitche could have finally gone to sleep if a local child, Yann Grienenberger, well surrounded, had not persisted in bringing it back to life. Its rehabilitation project runs for more than twenty years. Since 2000, he has been excavating, digging, discovering and endlessly revealing the buried treasures of this extraordinary industrial epic which has been exploiting its sandy soil, its water and its woods since the end of the Middle Ages. Already, nomadic glass-making communities set up their makeshift kilns at the bottom of the valley, to exploit the immediate natural resources. At the beginning of the 18th century, the roads becoming more passable, the glassmakers settled their activity until lighting the first furnace in 1711 in the current building of the Museum of Glass to produce objects of first necessity (jars, bottles, glasses window). 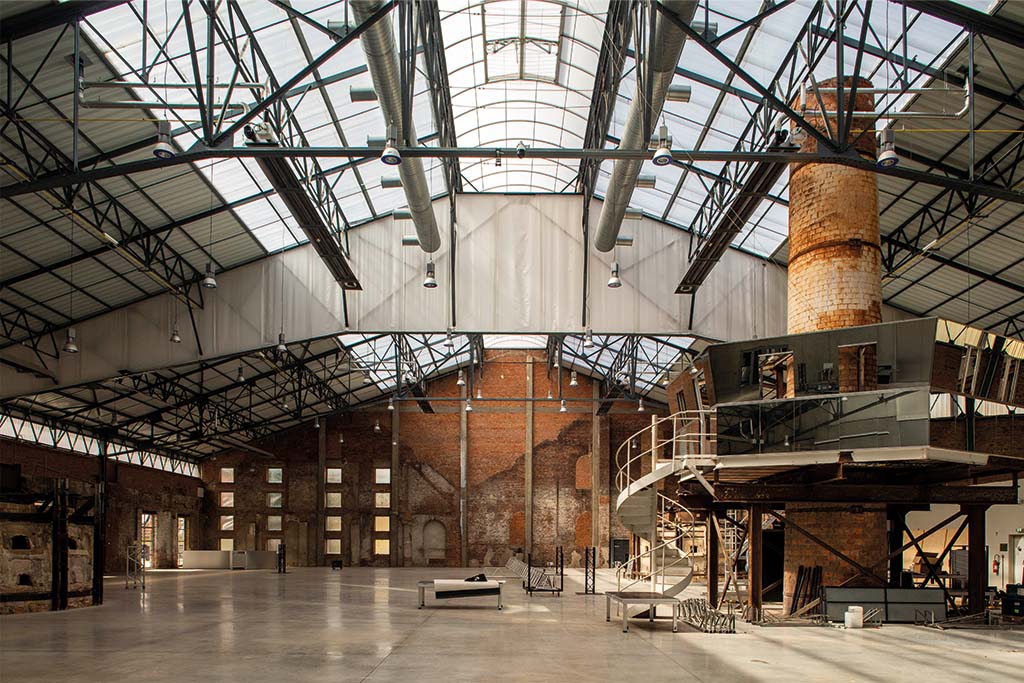 In the 19th century, the foundry abandoned wood in favor of coal and the scientific discoveries of the industrial revolution – the invention of the compressed air pump, the development of the steam engine operating the cutting wheels or the implementation of new techniques such as acid etching or the multilayer glass technique. Alongside the production of ‘cheap’ glassware, from 1867 to 1894, Émile Gallé, leader of the Ecole de Nancy, produced exceptional pieces without precedent which made Meisenthal the cradle of Art Nouveau glass. In the 1930s, the glass factory, which had 650 employees, moved towards mass production of butter dishes, sugar bowls, salt shakers, jam makers and lemon squeezers. In the 1960s, despite substantial investments and an annual production of more than 4 million pieces of blown and pressed glass, it suffered the full force of competition from those who had chosen mechanization. 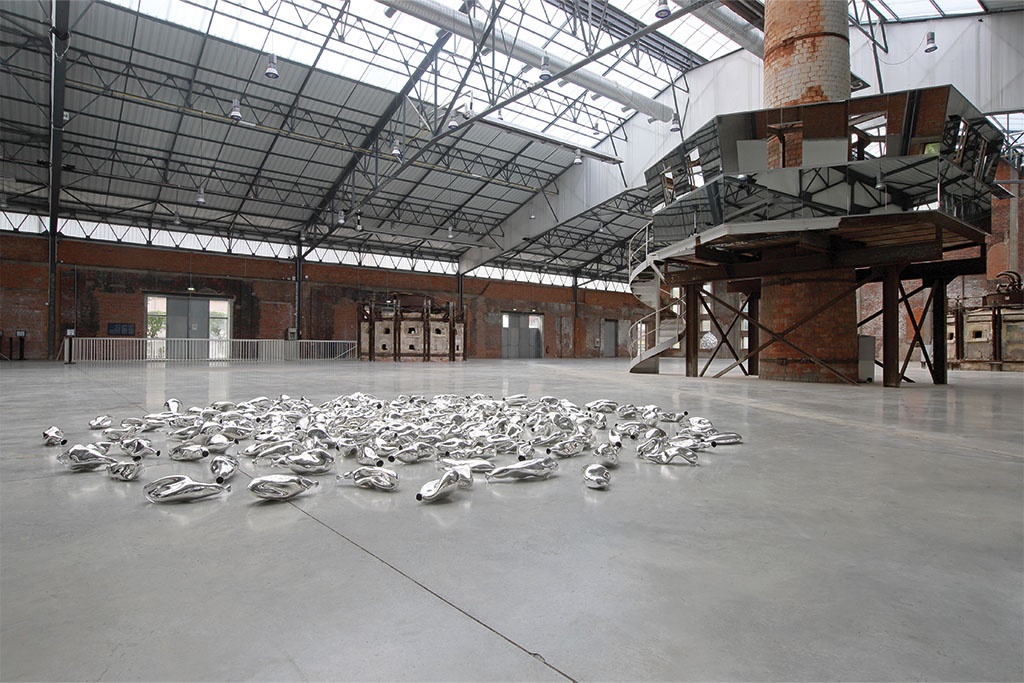 In 1969, the glass factory closed and the scrap metal workers dismantled and recycled 8,000 metal molds (which, since 1992, has given rise to the creation of the Moulothèque). The wasteland of the factory which occupies one hectare no longer has any value and leads to the death of the village whose municipality buys the space for a symbolic franc and revives it. Since then, the most famous designers have succeeded one another there: Borek Sipek, Enzo Mari, François Azambourg, Jasper Morrison, Andreas Brandolini, Mathieu Lehanneur… or recently Nicolas Verschaeve. 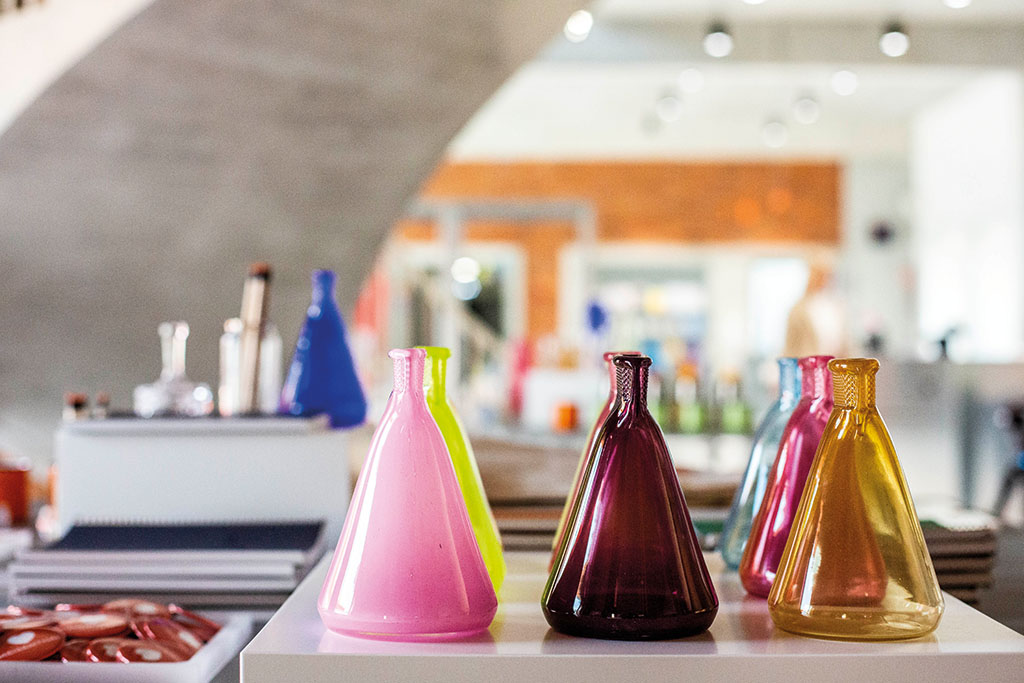 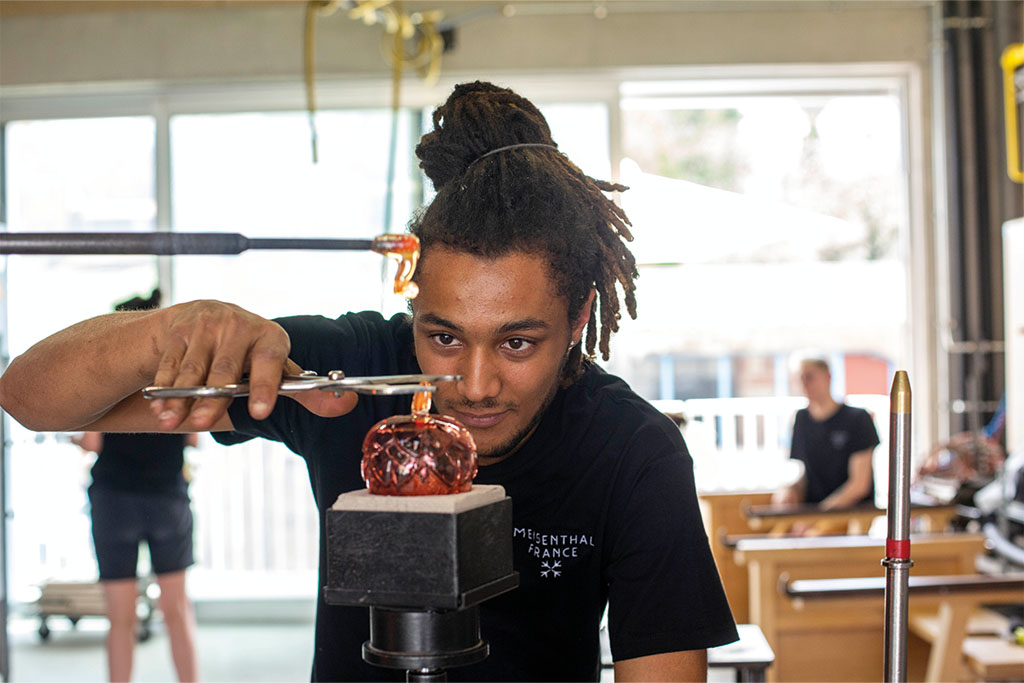