Design right down to your fingertips

Sebastian herkneris today one of the international figures that publishers are fighting over. It is not easy to establish an exhaustive list of his collaborations, as it is so diverse and varied, like the serene curiosity of the German designer, who works as well with small publishers like La Manufacture as with Cappellini and Thonet.

A few years before being the guest designer of IMM and then of Maison & Objet, in February 2013, he was on the cover of issue 165 Intramuros, between Scholten & Beijing and A + A Cooren. The magazine had then titled “Natural Sciences”. Eight years later, his point is still the same, and his attachment to meticulous work even more exacerbated.

By drawing this logo which appears on the full page of her website, graphic designer Antonia Henschel has captured the very essence of the character. Its logo, with a slightly slanted dash, reflects all its personality: clear and frank with this look ready to capture the detail. It will offer this slight added value to “ a design which touches the very essence of the function, while cultivating a certain form of ambiguity in a muted manner ” .

He is one of those young designers who did not wait until their fifties to make the world their playground. At barely forty, he had already signed with the biggest brands and this period of pandemic did not prevent him from continuing his collaborations and expanding the collections of Ligne Roset, Ames, Vibia, ClassiCon, Cappellini, Gan , Moroso, Thonet, La Manufacture, Man of Parts… or the new Australian lighting brand Rakumba.

At the time of the interview, at the end of April, he had just returned from his first trip of the year to Bologna and Milan where he had been able to visit and take some photos of the Pavilion of the New Spirit, designed in 1925 for the Exhibition. international decorative and industrial arts. Designed by Le Corbusier and Pierre Jeanneret, it was rebuilt in 1977 in Bologna and will serve as sources of inspiration for his future work. 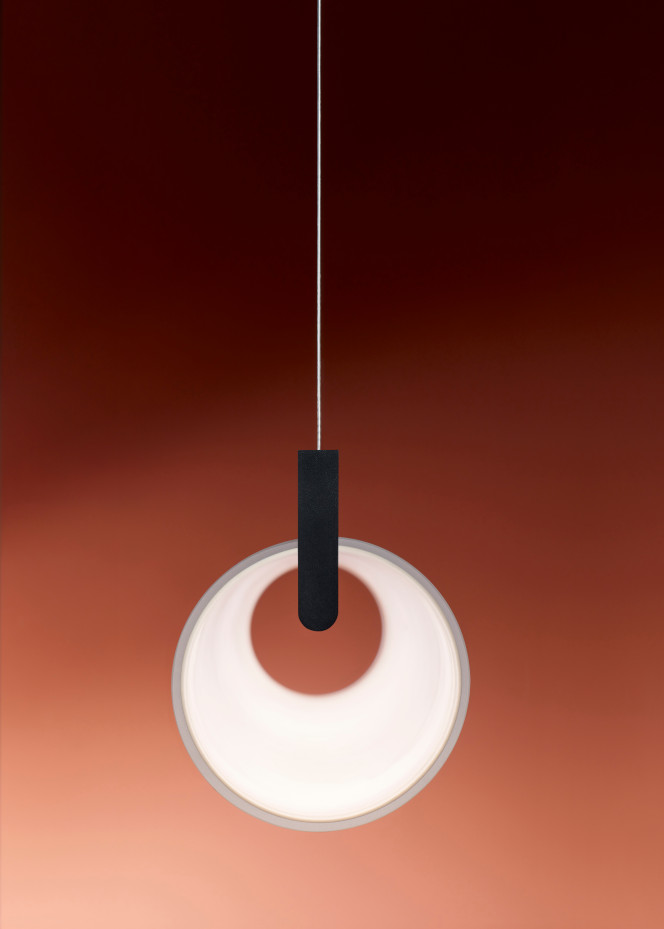 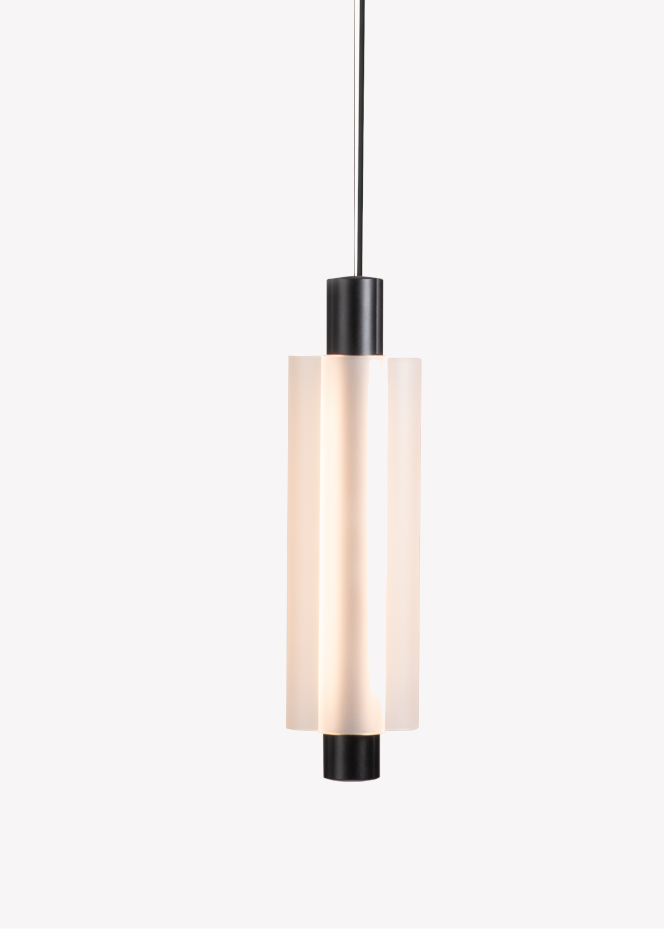 The patience of craftsmanship

Sebastian Herkner was born in 1981 in Bad Mergentheim near Stuttgart, and has lived for 20 years in Offenbach am Main in the Frankfurt region. His father was an electrician, his mother a medical assistant and his older brother is a gardener. In your family, as in many German families, it is essential to know how to do something with your ten fingers. He has always been passionate about tools and a job well done, fascinated by the work of the hand.

Always stuck in his father’s workshop, he learned the patience and rigor of craftsmanship. He opened his studio in Offenbach in 2014, Geleitstrasse. In 2021, it employs 5 people all dedicated to its comfort and the success of its projects. His passion is to stay connected to the creativity that his travels feed. Very young, with his parents, he traveled the roads of France from town to village, from manufacturing center to construction center, thus approaching the work of glass, porcelain, wood, ceramics, metal or copper. Fascinated by materials, he looks at how people appropriate traditional techniques and know-how.

Between the functional and the sensitive

In his products, he seeks to create a balance between the functional and the sensitive and admits his privilege to work with major international brands. From a pair of glasses to the sofa, from the stool to the coffee table, he produced all the typologies capable of furnishing a hotel or a restaurant. From Japan to Colombia. He has the privilege of traveling to discover dazzled the result of his drawings. “The transition from drawing to prototype is always a moment full of emotion.” He had the great honor of being noticed by Giulio Cappellini, Oliver Holy – ClassiCon (son of entrepreneur Jochen Holy and great-grandson of textile pioneer Hugo Boss) and Ana Maria Calderon Kayser and Karl Heinz Kayser, creators from the Colombian brand Ames, which has all its furniture and accessories made by families of craftsmen with exceptional know-how spread across all regions of Colombia. 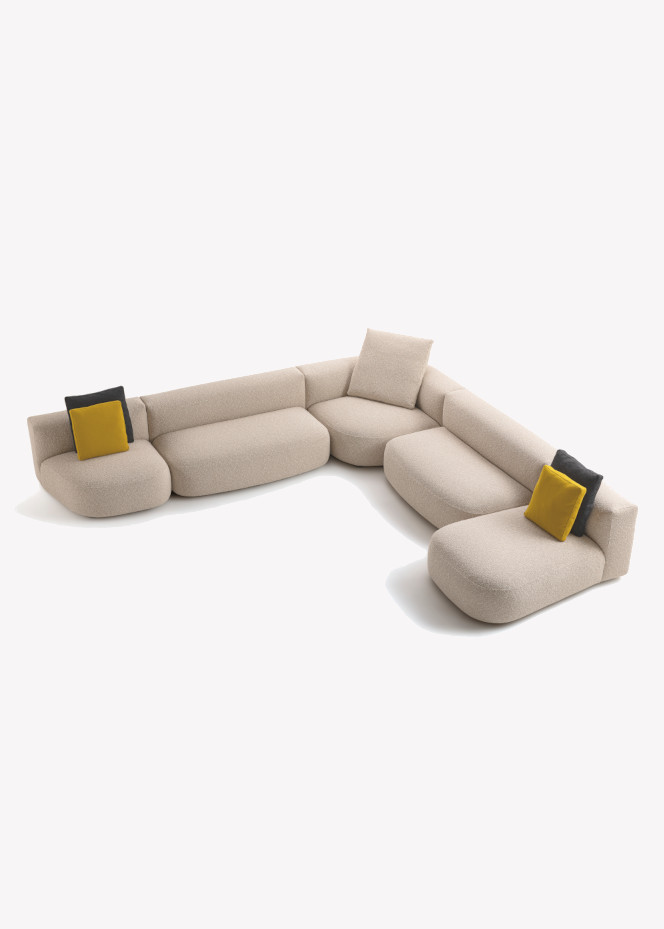 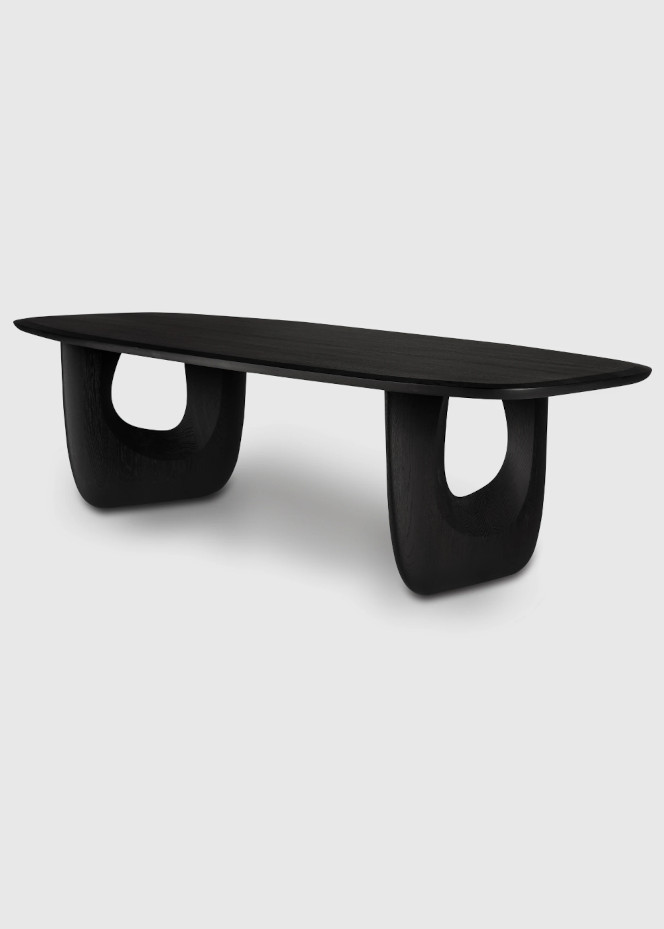 It’s all about meeting

Because everything is a matter of meeting. And it was with Michel Roset that he met at the IMM Cologne trade fair in 2019 that he developed the “Taru” collection, generous and comfortable armchairs, ideal for private or collective use. Sebastian had known the brand since he was a child. Neighbors of his parents had a generous Togo sofa by Michel Ducaroy in their living room. In order to get to know the brand and its history better, to appreciate its know-how, Sebastian went to Lyon several times to visit the manufacturing plant. 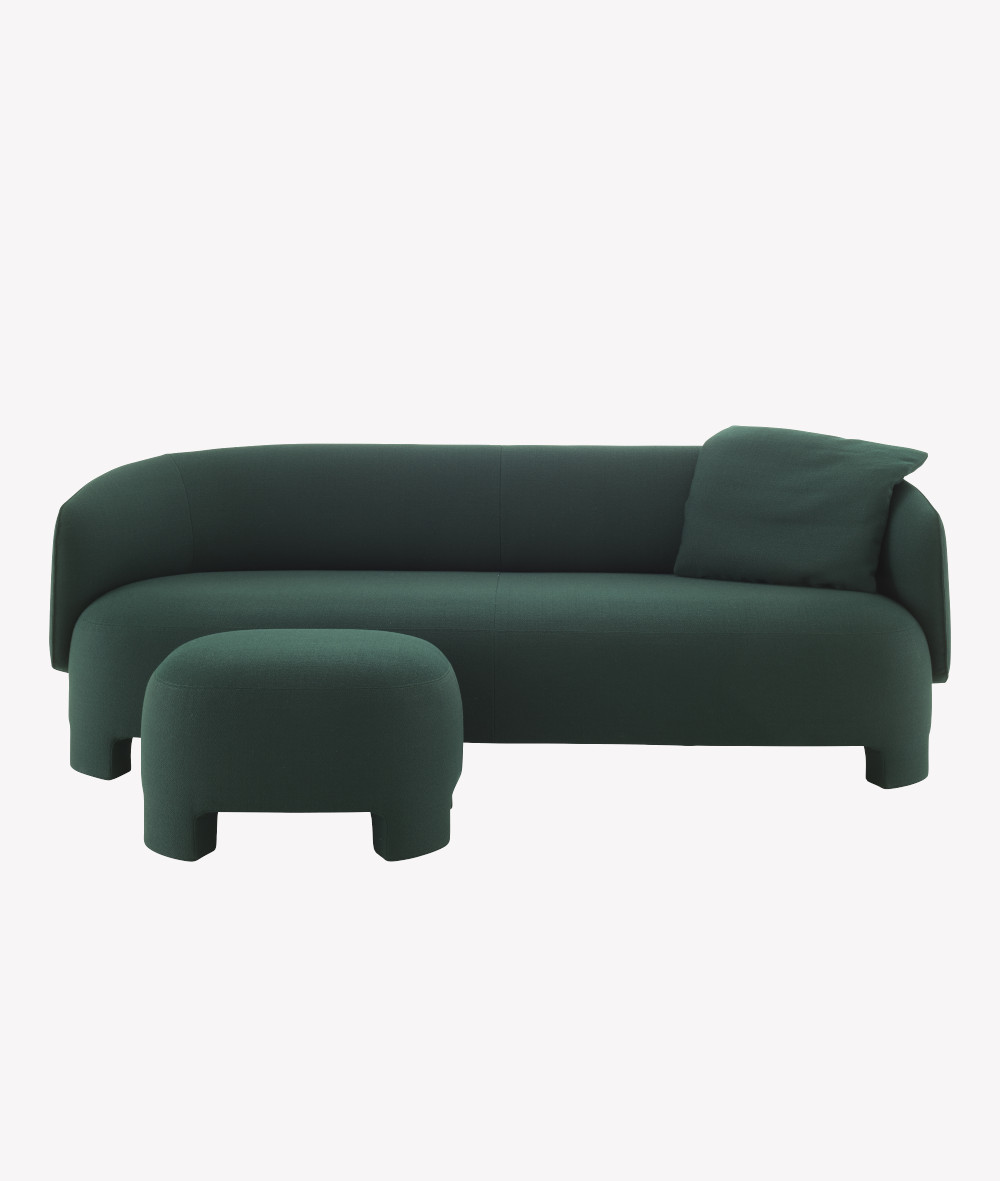 With Ames, he made it his mission to develop furniture and home accessories “touching the hearts and minds” of people who love cosmopolitan lifestyles. Between Germany and Colombia, the brand attaches the greatest importance to environmentally friendly production. All products, imbued with a European formal language, are made according to Colombian artisan traditions. They will soon take place in a new hotel, under renovation in Biarritz. 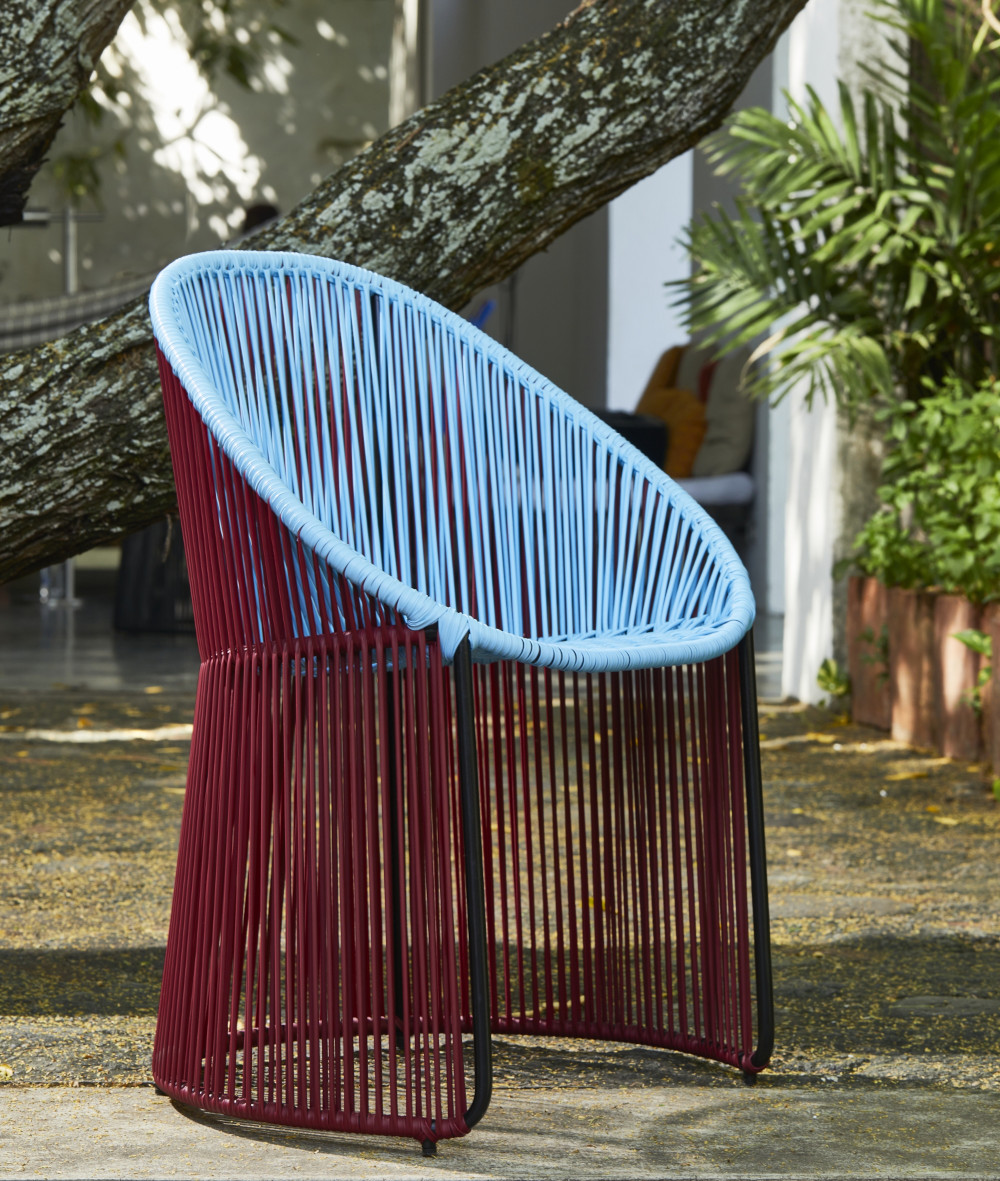 Traveling has always given him new bases of inspiration. His masters are Italian, Achille Castiglioni, Alessandro Mendini, Gae Aulenti for his lights. But he admires the French Jean Royère for his talent as a decorative artist. Blown glass and metalwork fascinate him, and he readily cites Christophe Delcourt or Pauline Deltour among the French talents. He would like to work on a larger scale, on a hotel project. A kitchen or a bathroom does not scare him. Already in 2016, he had fitted out Das Haus at the Cologne furniture fair. And had surprised the whole profession with a wall of soap as a bathroom wall, like ceramic tiles, gently curved.

He likes cities like Copenhagen or Paris which are close to Germany, barely four hours away by train. But also Barcelona, more original and Portugal where the work of ceramics is a real talent.

Basic, honest and genuine, that’s how he likes to define his job. Creative strength can be found in all countries, in galleries in Frankfurt as much as in Paris at Kamel Menour and he was delighted to have been able to taste a pizza in Bologna in April, even if he was alone. He is eager to return to a normal life and to be able to share with “others” again. 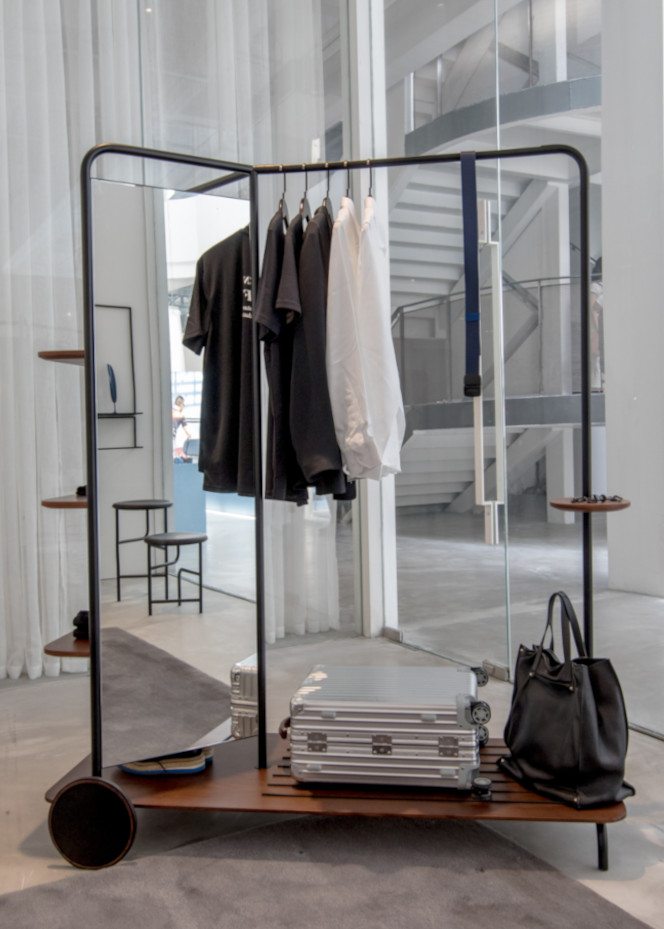 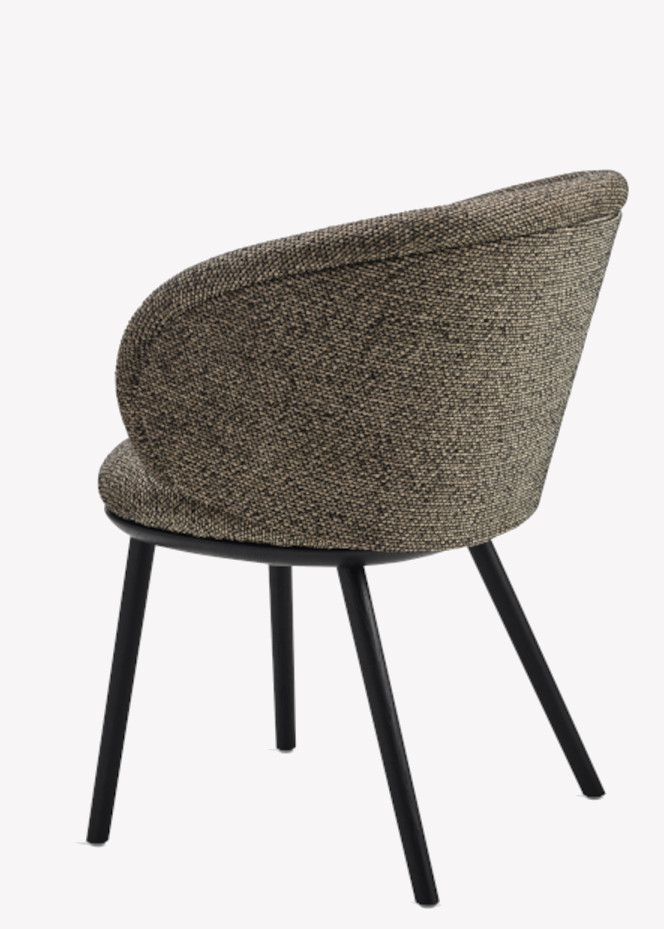 The sustainability where “sustainable development” is a concept to be taken into account in order to take care of materials and think of a slow furniture which resists fast fashion and fast furniture . The quality must bring this idea of eternity which is associated with any creation of furniture. He encourages young designers to continue their studies endlessly, to resume a collective life, to learn together, to test, to discuss, to use their five senses. Because design is “feeling” and “touching”. Often cited as one of the 100 best designers of the year 2021, he remains modest.

Find the Designer of the month for April: Marie Christine Dorner