It was one of the highly anticipated fairs of this fall 2021. From October 20 to 24, Paris Internationale made its big comeback for a remarkable 7th edition. For 5 days, no less than 35 galleries from 21 different countries were exhibited in a mansion in the 16th arrondissement.

If the great rout of the contemporary art market in Paris ended in style with the announcement of the good results of the Fiac, the Paris Internationale fair stood out for its ever more significant commitment to emerging creation, and his return to a mansion that has been his signature since 2015. 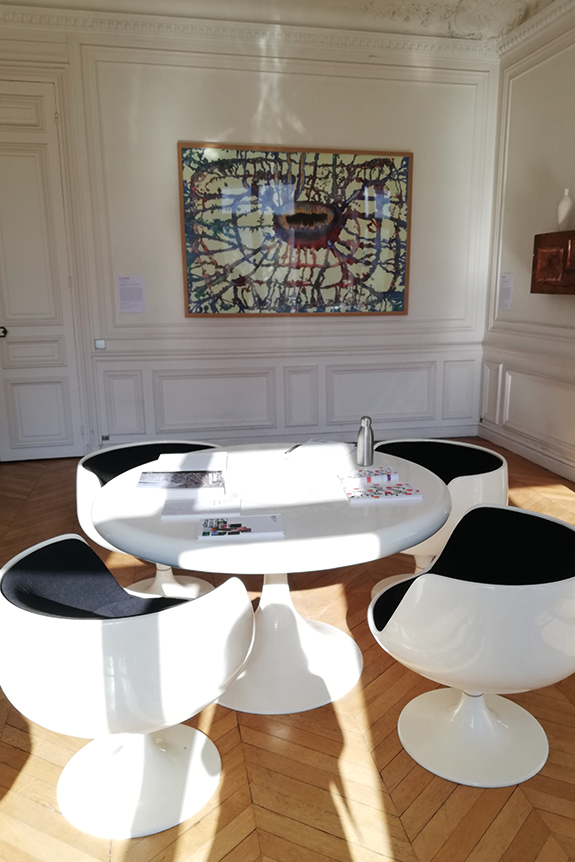 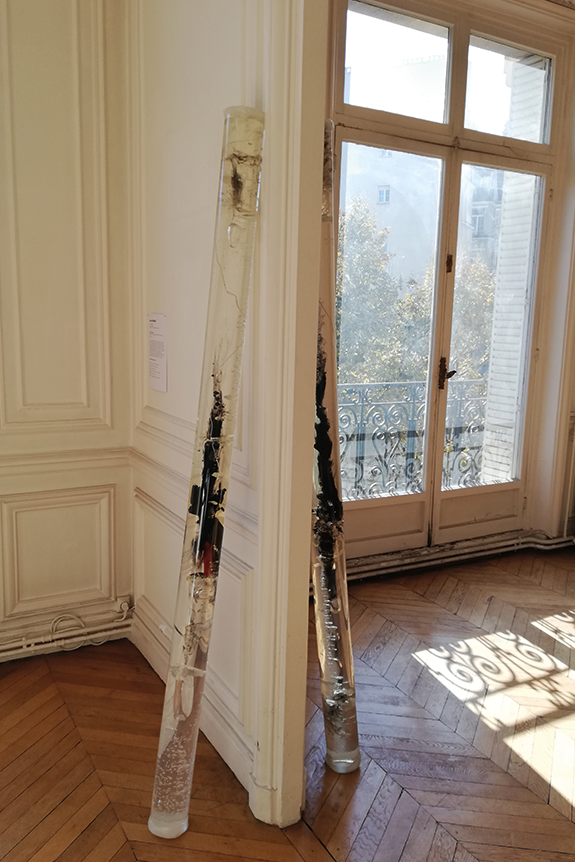 After the vacant spaces of a Parisian supermarket in 2020, the fair had found the moldings and wallpapers – in their original state – of a 19th century hotel, located at 186 avenue Victor Hugo, in the 16th arrondissement, where 35 more galleries from 21 countries occupied the floors. Keeping its promises of discoveries and support for emerging artists, this new edition also presented scenes that are too rare on the French market. Witness the Blitz gallery in La Valette, offering pieces by the Maltese visual artist Pierre Portelli, in the kitchen on the first floor. Noticed at the Saint-Etienne Design Biennale in 2008, he exhibited here The Blue Garden, a curtain with patterns of blue roses resulting from genetic hybridization and flies interrupting the idyllic image, but also Homecoming, evoking the tattoo. By replacing ink with kitchen cutlery and skin with the wood of tables, Portelli translated “human feelings into a tangible mix of everyday and artistic materials,” according to the gallery. On the second floor, the French brand Crèvecœur was putting on a show with the very vitaminized geometric murals and the ambivalent animal characters of the committed Argentine artist, Ad Minoliti. 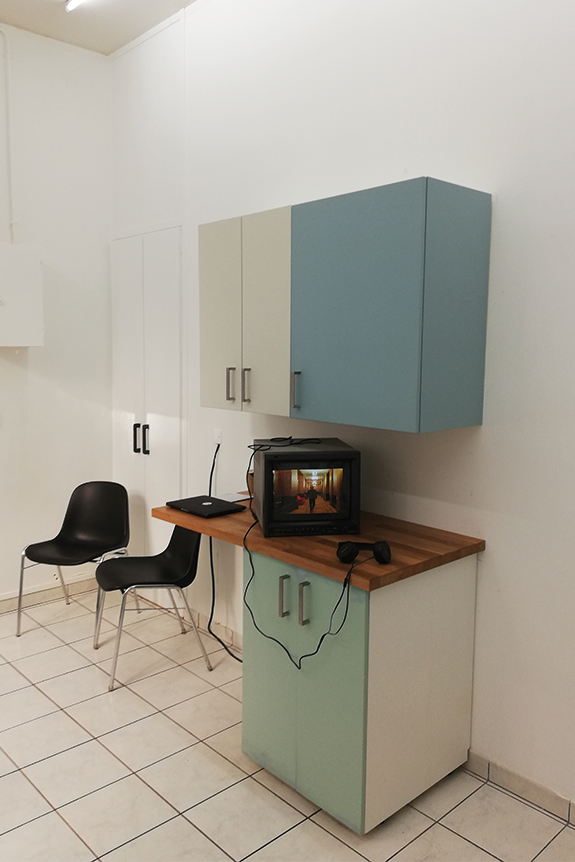 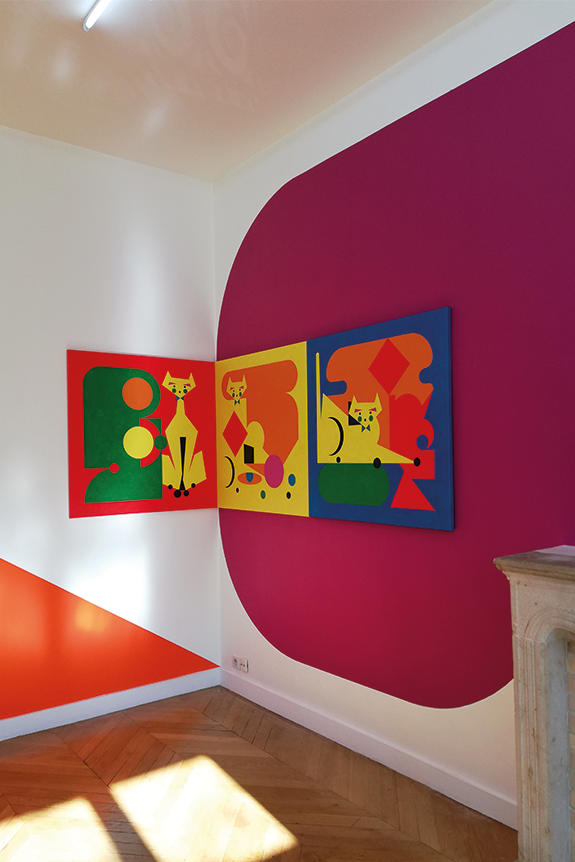 Among others, the public was able to discover the works of the winners of the Bourse Révélations Emerige, presented on the upper floor. We are volcanoes by Loucia Carlier evoked disturbing objects in display cases, such as archaeological ruins of the future, while the poetic video by Linda Sanchez presented the race on the edge of a drop of water. Not far away, at the Dutchman Wilfried Lentz, facetious flabby, ceramic sneakers by the American Michel Portnoy seemed to challenge their excessive commodification. Finally, the African continent had found one of its most beautiful expressions on the fourth floor, through the graphic works, between tradition of making and new technologies, by the Senegalese artist Mbaye Diop, at the gallery-residence Selebe Yoon in Dakar. Directed by Silvia Ammon, this decidedly alternative fair counts more and more in the landscape of contemporary art. 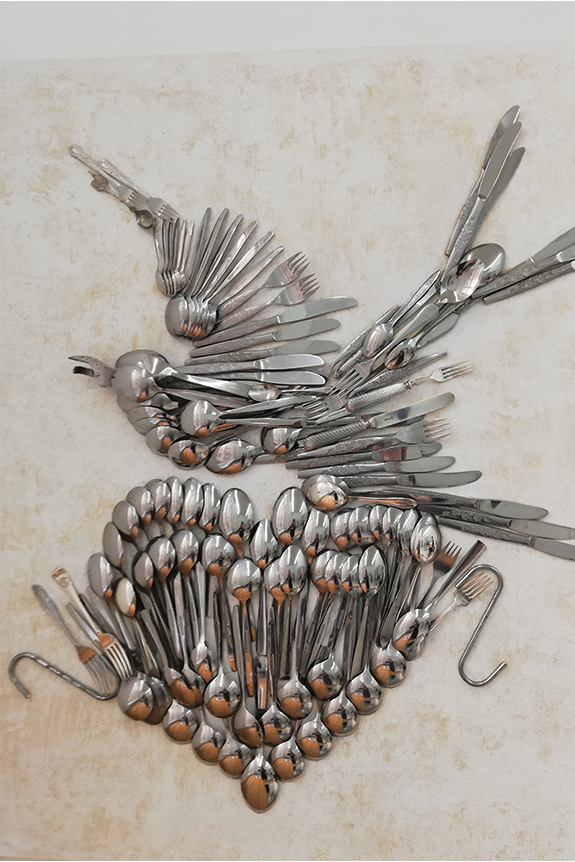 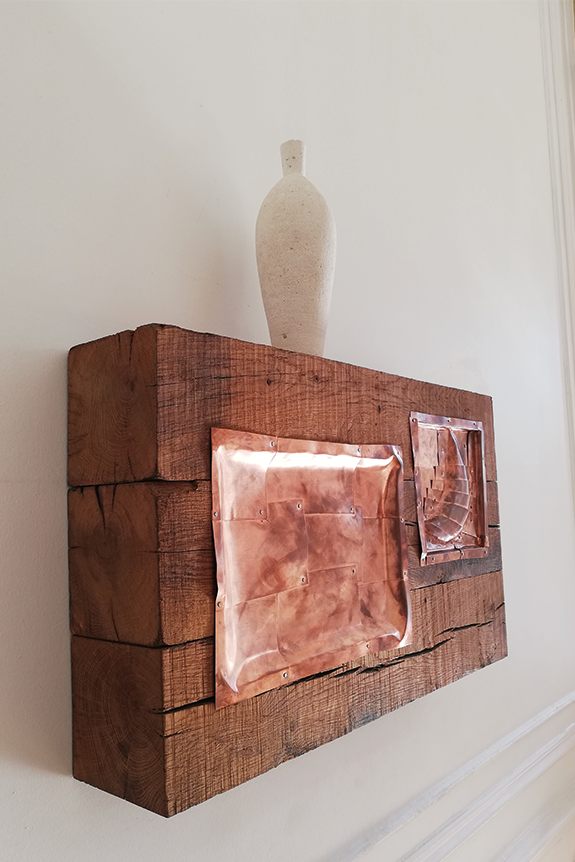