The designer Tristan Auer and Lelièvre Paris join forces for a second time to create Najd, the new collection of fabrics, designed for seats and curtains.

In 2020, the paths of Tristan Auer and Lelièvre Paris crossed for the first time with a first capsule collection Premier Acte, edited and produced by Red Edition. Fruitful, it then leads to this Najd collection, which takes its name from the eponymous desert in Saudi Arabia.

A collection of fabrics that invites you to travel

The iconic pieces in this collection are reminiscent of the Najd desert, with natural, clay-like colors in the fabrics, ranging from cotton jacquards to linen. 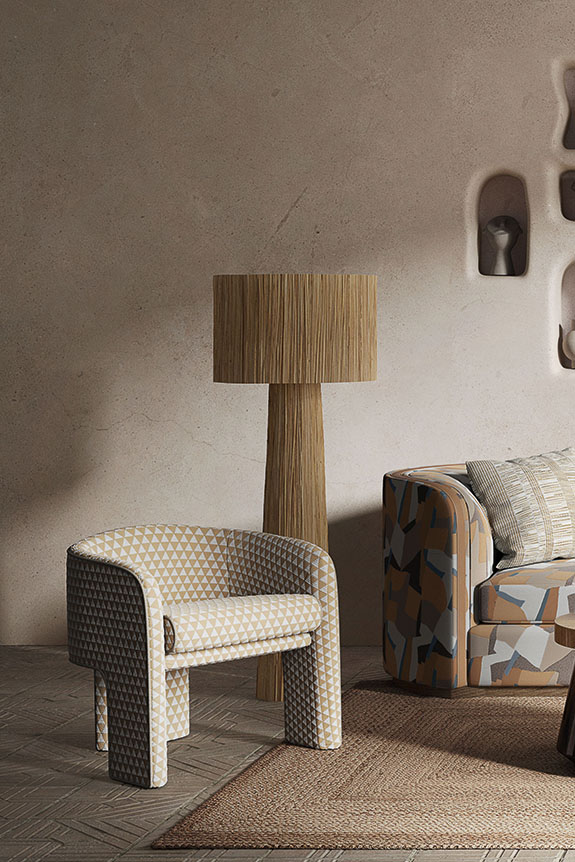 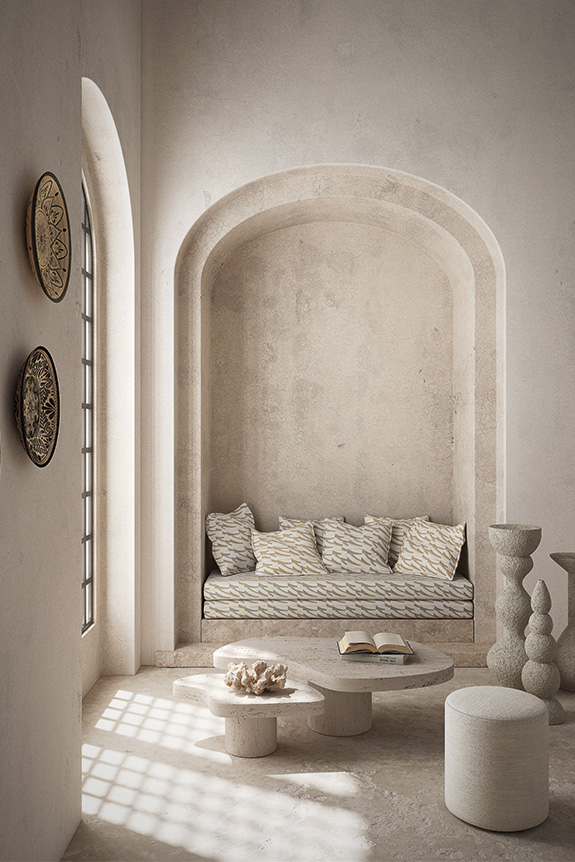 References to the desert are also found in the names sometimes taken from Arabic, such as the high-performance fabric Khaima, which means “tent”. Available in six colors, it is found from beige to navy through terracotta. The same inspiration can be found in the Nomade, where the motifs evoke the moucharabiehs – a window or balcony ornament – typical of the region. Desert takes up the idea of sand waves with its ecru or string jacquard while Dunes focuses on the curves used in the patterns in three colors. The desert is thus omnipresent with Heritage, which is thought of as an aerial vision of the landscape, irregular patterns opposing each other in different warm tones. Finally, the Sillons jacquard is distinguished by its pattern, formed by irregular vertical and horizontal lines available in four colors.