Minerality and design, the luminous alliance with alabaster

Of a relatively new use in the world of design, alabaster is today transformed into multiple products. Sometimes architectural pieces, sometimes lighting, this still little-known rock is here worked by Atelier Alain Ellouz. A unique know-how for a worldwide reputation.

Although worked for a long time, from Antiquity to the Art Deco period and then abandoned, alabaster is at the beginning of the 21st century a forgotten material. The stone extracted in Spanish quarries is indeed complex to work because it is brittle, porous and easily scratched. Despite everything, its light color and its particular veining make it an interesting material; and this is what will motivate the creation of Atelier Alain Ellouz in 2005. Over the years, Alain Ellouz and his collaborators have developed new techniques to overcome these difficulties, whether to meet the original constraints with a 12-step coating allowing its use in any architecture, or digital systems for engraving and digging material up to a thickness between 10 and 30 millimeters.
Well took them. Because, whether they are pieces of furniture or even coverings applicable from floor to ceiling, the Atelier’s creations seem to have conquered even the greatest houses. The team is in fact regularly involved today for scenographies, showroom fittings or tailor-made creations for Van Cleef & Arpels, Rolls Royce, Guerlain …

Since its creation, Atelier Alain Ellouz has responded to numerous orders in interior architecture, while developing lighting collections. In this arrangement of the Hôtel du Cap-Eden-Roc, the pendant light comes from the Oslo collection.

From architecture to the edition of lighting

If until recently the majority of Atelier’s projects concerned architecture and interior design, Atelier Alain Ellouz has known since the arrival of the pandemic and the cessation of many works, a turnaround. . “Today, lighting represents around 75% of our activity. Before it was the other way around », Announces the founder and director of the company, Alain Ellouz.

Table lamps, wall lights, chandeliers, the light sources designed in the Parisian suburbs are available in around forty models. But in recent weeks, the new Iconic collection has brought a few small pieces with a sharp design. Very graphic, constructed by visual embedding of a triangle, they allow a renewal in a range with more organic shapes.
This shift can also be explained by the subsidiary’s wish for viability. Taken for its quality, the stone is then cut and sent to Paris. Corn “The cuts made in Spain on large blocks created many smaller pieces that we did not work” , explains Alain Ellouz. The idea of this collection is therefore to be able to shape the pieces hitherto neglected.

In addition, alabaster is no longer the only material magnified by the Workshop. Rock crystal made its appearance. Coming from Madagascar, this stone whose hardness and (partial) transparency resemble that of diamonds, allows you to explore other horizons. The difficulty in working this rock implies a very angular size, the salient angles of which refract light. Add to that a polished mirror, and the result becomes striking. Brutality of stone and finesse then mingle in a disturbing feeling of luxuriant infinity. 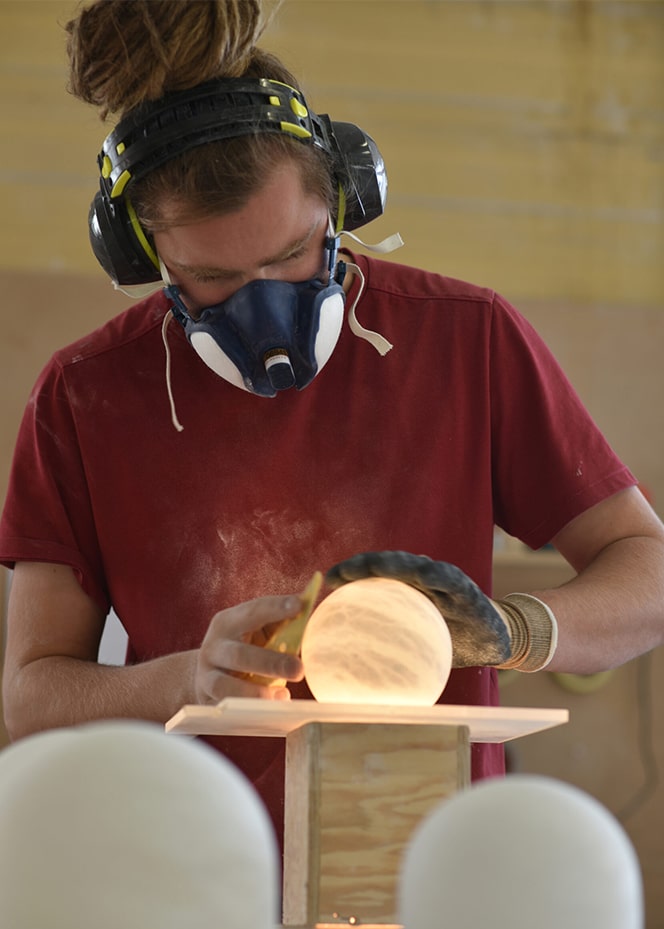 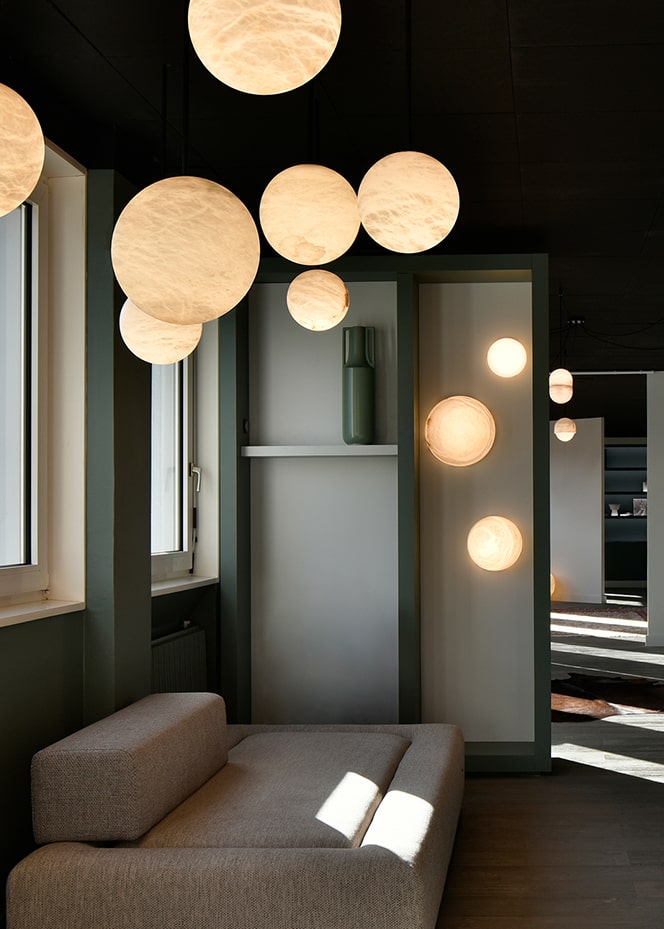 Design, a strategic element of development

Private residence, hotels, restaurants, Alain Ellouz seems to have conquered all areas and all spaces, from the top of a chest of drawers to the lighting of the vast hall. The company can now boast of having a virtual monopoly. ” The American market is developing more and more and currently represents half of the demand ” explains the director.

But if the company has grown so quickly, it is also thanks to the importance given to design since the creation of the Atelier. For Marion Biais-Sauvêtre, chief designer of Atelier Alain Ellouz “Alabaster is a stone that can be read” . It is also between his hands that each piece of alabaster passes for the analysis of the veining, if only for the interior architecture panels. ” We look at the color and design of each plate on a light wall in order to be able to assemble them and create sets ” , she explains. Complex and raw at its origin, the stone acquires, thanks to the artistic gaze of Marion Biais-Sauvêtre and her team – who mainly have skills of cabinetmakers – all its character and its dreamlike nature. 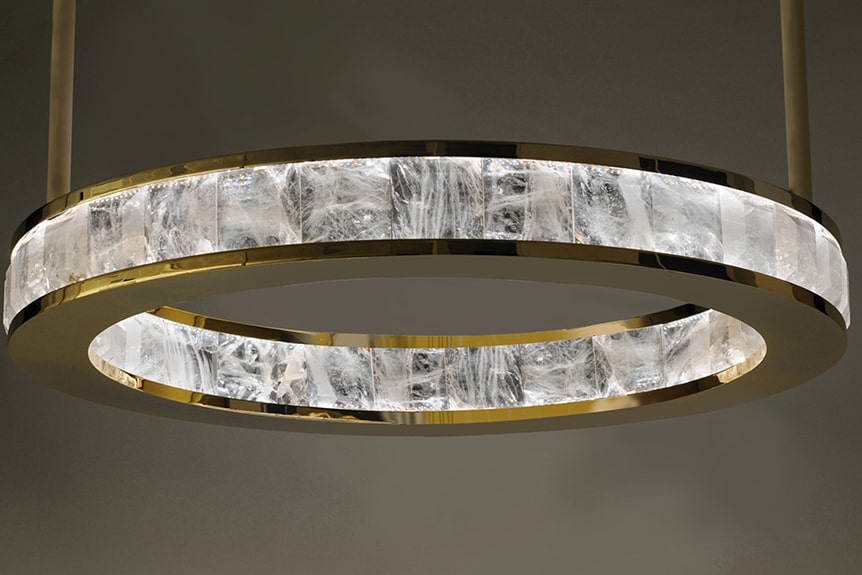