Skip to main content
News / Architecture / L’Industreet, an alternative to dropping out of school and architecture

L’Industreet, an alternative to dropping out of school and architecture

Created by the Total Foundation, Industreet is committed to bringing 400 young people without diplomas each year to a job at the bac + 2 level. The premises designed by the WOA agency support this particular educational project while offering avenues for the transformation of industrial zones and their anonymous architectures. 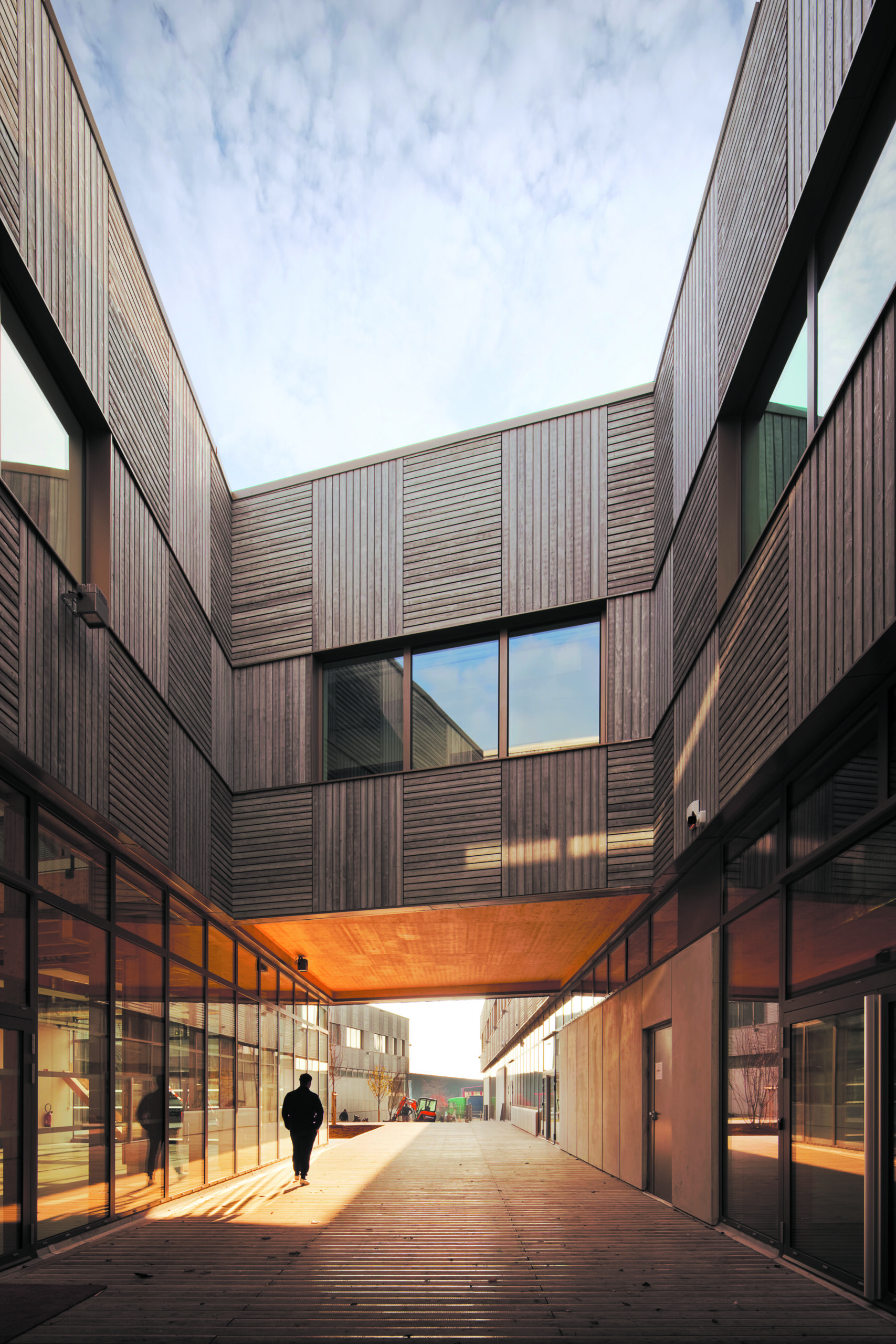 Straddling Stains and Pierrefitte, in a building designed by the WOA agency, Industreet welcomed its first students in October 2020, but its official inauguration took place on March 1, with Emmanuel’s on-site visit. Macron. Justifying the visit of the President of the Republic, Industreet was from the outset a separate project, developed within the framework of the “Inventing the Greater Paris Metropolis” consultation. THE’ Urban Valley proposed by the promoter Atland envisages the transformation of an activity zone into an inhabited district, sketching the possibility of a city. The opening of the T11 express tram line, connected to the RER D, provided the necessary impetus for the transformation of the site. The WOA agency project is based on the public space set up in front of the new Pierreffite-Stains station, promoted to the rank of multimodal hub. The volumetry of the buildings resumes that of the activity hangars, which it hybridizes with office buildings. A hotel, a company restaurant and a multi-storey car park complete the program. An “edible” green space cultivated in permaculture structures the whole and organizes the composition.

A calendar against dropping out

Four years separate the sketch from the delivery – including the health crisis. A rather short period of time during which the operation evolved to adapt to occupants arriving during the project. Forced to move its Saint-Denis research center to make room for the future Olympic swimming pool, Engie expressed his interest in Urban Valley. The Total Foundation wishes to set up its new training center in the second part of the complex. Atland, which initially planned to build “white offices” suitable for any business, will reconfigure the project according to the very specific expectations of Industreet, which undertakes to lease the premises for ten years.

Halfway between the IUT and the vocational school, Industreet recruits its students among young people aged 18 to 25 who have “dropped out” of the traditional school system, which implies a total renewal of studies and their schedule. “ If, in f Evrier, I ask a young man who has broken with the ‘teaching to come back to see me at the start of September, I’m going to lose it, explains Olivier Riboud, director of Industreet. We are constantly recruiting and ‘we welcome new people è ves all the time ‘year. “ No diploma required upon entry. Motivation, the ability to work in a group and to question oneself are the only qualities required. The pupils are distributed according to their level in already constituted classes. “We are not looking to make clones , insists Olivier Riboud, part of the training relies on the ability of students to è ves to s ‘ help each other “ . The course lasts between 12 and 18 months depending on the abilities of each. It ends with a professional certification allowing to integrate these sectors of the industry in tension, where there are only 1.2 candidates per position – maintenance of industrial lines, digitization of production lines, etc.

Architecture adapted to a 2.0 school

The corridors of are animated by the pupils, who enter and leave freely the workshops where all kinds of objects are made, such as machines engaged in the next robot fight. “ We didn’t want to ‘a masterful teaching where the professor r è on his head è Once the classroom door is closed ”, underlines Riboud. The space adapts to a structured pedagogy by project. The WOA agency has removed the partitions in favor of large open spaces around an interior street under glass, evoking Parisian passages and their urbanity. True places of gathering and meeting, they suggest a more human and more fun industrial environment. The students gravitate between meeting rooms, workshops and large circulations promoting socialization, in a constantly educational 360 ° architecture, like the furniture in common spaces.

Also designed by the WOA agency, it consists of a series of cubes that students can arrange and stack as they wish. “ The p é rennit é of these pieces of furniture ‘in the medium term , explains Julien Dechanet, partner of the WOA agency, to encourage el è ves to appropriate them by making the necessary repairs ” . Transparency and sight are another aspect of the pedagogical obsession that drives the Industreet. Windows pierced in the partitions let see what is happening in the corridors or workshops from the circulation spaces. The structure of the building tells the story of its construction, almost exhibiting its elements of wood and metal, placed according to their maximum efficiency. The metal gantries free the surface of the workshops from the poles, the ventilation, electricity and water networks always remain visible. “The first 3D surveys and the first è BIM models that will be made by our è you will be those of ‘ Industreet », Says Riboud. An establishment where the building does not content itself with housing education, but participates in it. The material proof that in terms of employment as in architecture, dropping out is not inevitable.

THE ‘ space s ‘ adapts to this pedagogy structured by project specific to Industreet. THE ‘ WOA agency has removed partitions to leave large open spaces around ‘ an interior street under glass evoking the Parisian passages and their urbanity. They constitute meeting places which structure the premises and establish third places suggesting a new industrial identity, more human and more fun. 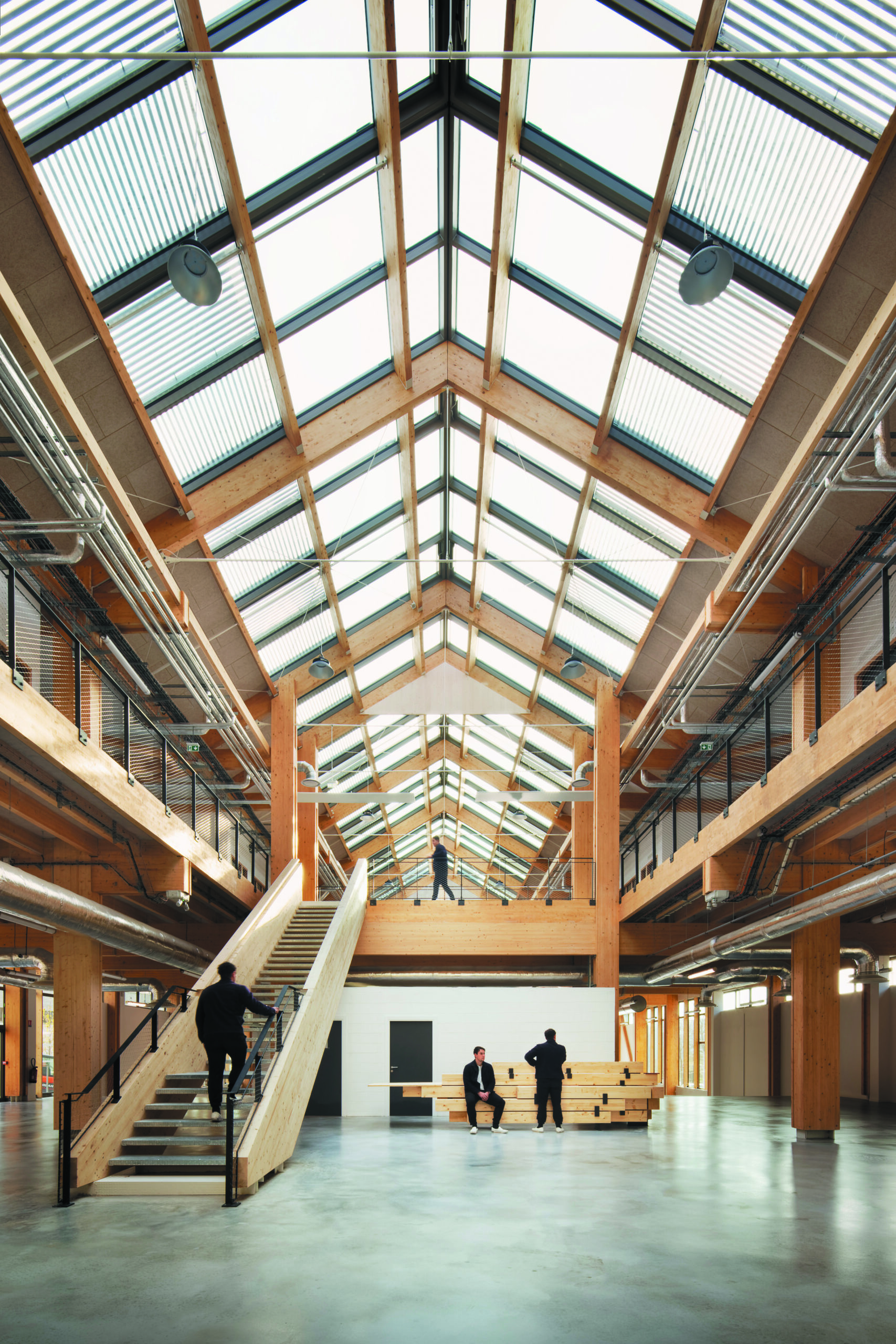 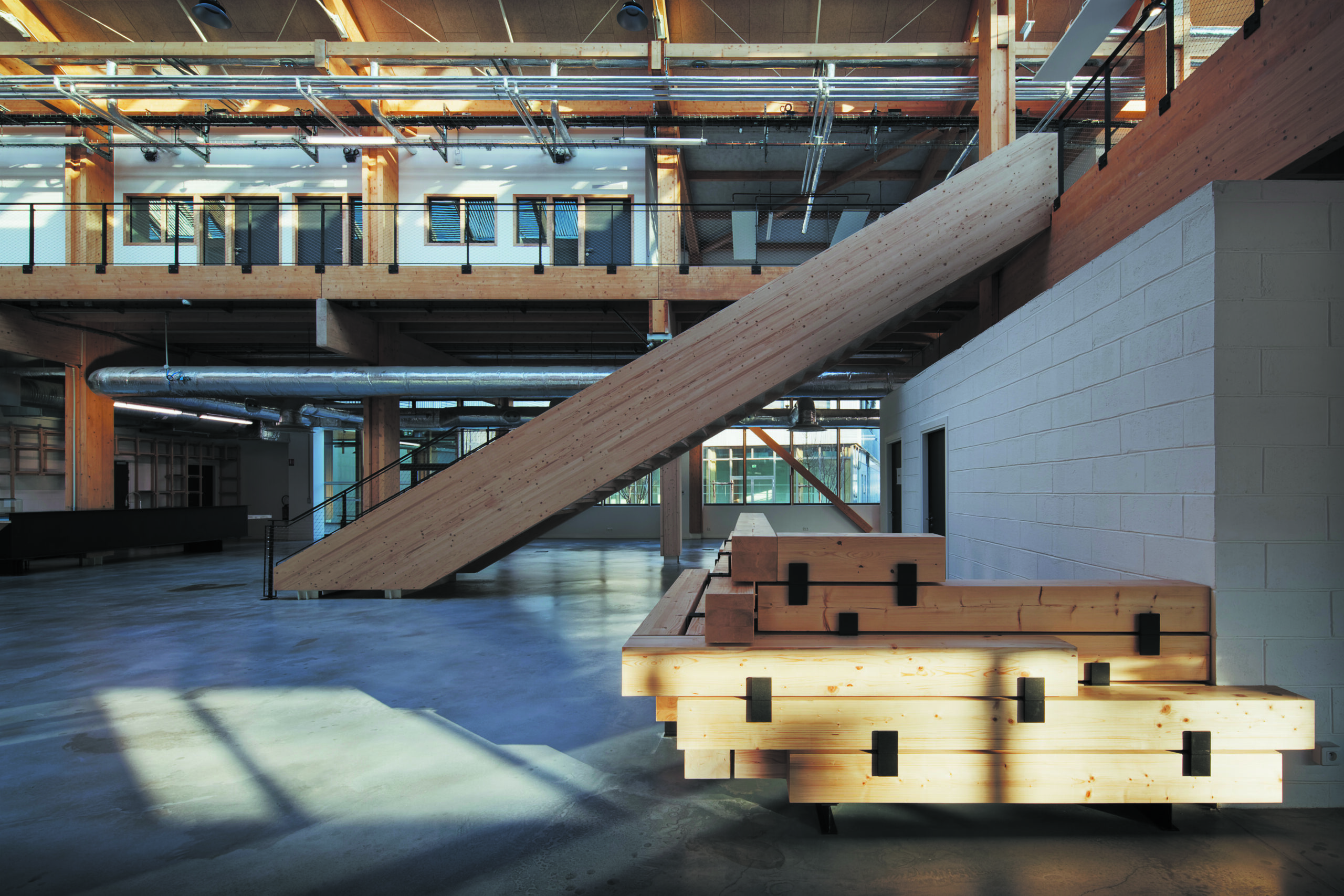