Until January 12, 2020, the Pavillon de l’Arsenal is presenting the exhibition “Hôtel Métropole – Since 1818”.

Through this exhibition, the two guest curators Catherine Sabbah and Olivier Namias question the future of hotels with regard to new environmental issues. First of all, a historical work that reveals the intrinsic link that exists between the hotel, the lifestyles and the eras in which it evolves. A reflection then supported by 4 projects which place environmental issues at their heart.
To date, Ile-de-France has 2,450 hotels and 15,000 rooms. Each one is a reflection of the needs and expectations of the time in which it evolved. Le Meurice, when it opened in 1818, simply welcomed travelers from Calais. Then hotels with more mundane ambitions were created, such as the Ritz in 1898. Later, the Trente Glorieuses marked the beginning of mass tourism. It was at the same time that the first standardized hotels flourished, such as the Hilton Suffren in 1966. Finally, the hotel industry has seen itself obliged to meet the needs of business tourism. Thus, many hotels have been built near connection hubs such as Roissy-Charles de Gaulle airport.
The hotel had to offer climatic comfort (heating, air conditioning and hot water) to its customers, without taking the environment into account. Today, the exhibition questions the change in customer mentality, particularly in environmental matters. What if respect for the environment became a criterion in choosing a hotel?

The environment at the heart of our thinking

In connection with the exhibition, 4 projects integrate environmental issues into their thinking: the lobby, the corridor and the bedroom have been redesigned to be more responsible.

The marquise is a place of transition between the exterior, the city, and the interior, the lobby. It therefore marks the passage from one world to another. Here, it is made of flax fibers and natural resin, and lit by LEDs which are activated by visitors when they pass the revolving door at the entrance. 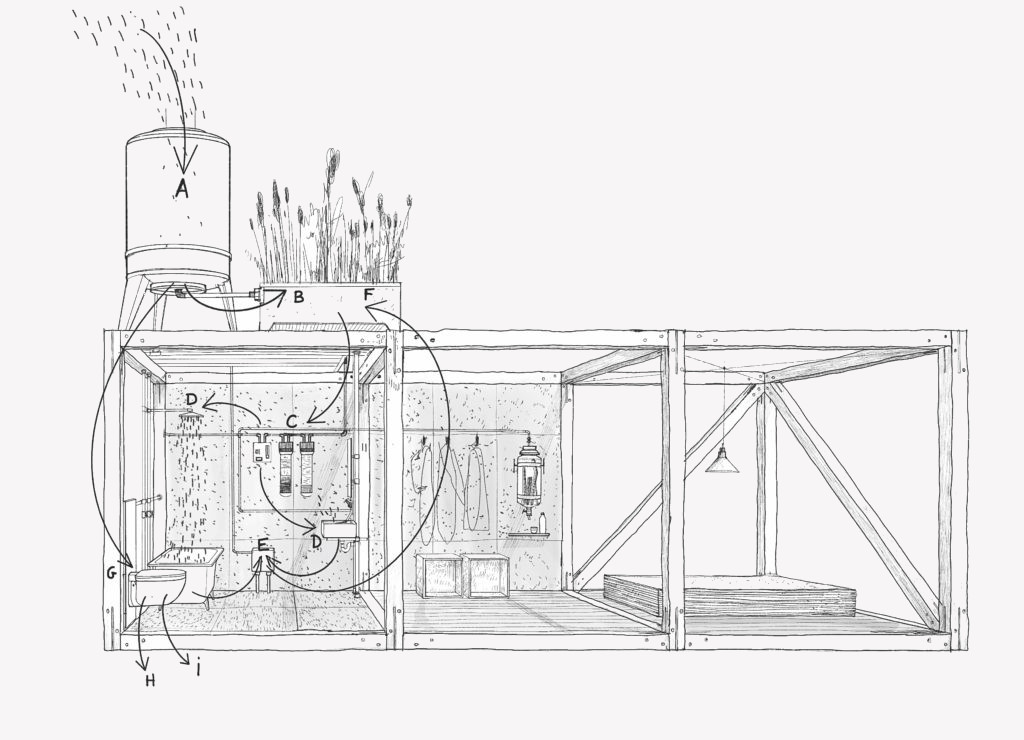 The room adapts to intensifying flows and responds to a variety of needs. Thus, it becomes a room for living, working, welcoming and sleeping, and responds to environmental issues: the walls are made of wood and natural fibers, the shower tiles are made from the transformation of sand and the covering of the bed. is made from recycled linen.

A journey, not a destination – Nicolas Dorval-Bory, architect

The hotel corridor is designed as a vector of use: it irrigates the rooms with networks and guides the customer towards them. In order to be eco-friendly, it responds to sustainability and health issues. The materials used, such as wood, have a low carbon footprint and the light comfort is there: the light intensity is varied which makes it more pleasant than the uniform that is currently running.

The bedroom of tomorrow – Ciguë architectes 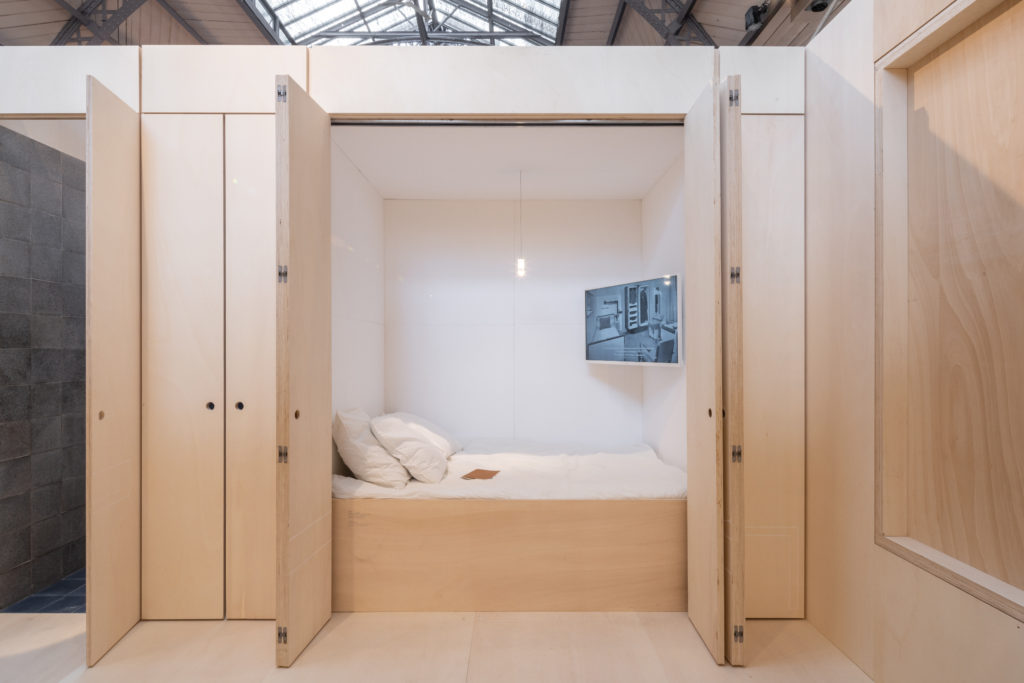 This room questions the use that is made of water. While a room consumes an average of 150 liters per day (for a 4-star hotel), this project proposes to save 70% of the water used thanks to a circulation system. On the roof, tanks are used to collect rainwater and store water filtered by phyto-purification and activated carbon.