Homo Faber 2022: transmission as a horizon

The second edition of Homo Faber, entitled “Leaving Treasures of Europe and Japan” was held from April 10 to May 1 in Venice. A meeting of crafts which brought together 850 pieces by 400 designers, divided into 15 exhibitions. The opportunity to discover more about crafts and raise awareness among younger generations. A question that was at the heart of the conference organized by the Cartier house and moderated by the director of the MichelAngelo foundation and organizer of Homo Faber, Alberto Cavalli. Discussions that were enriched by the experiences of four guests: Anne Midavaine, Pierre Rainero, Philippe Nicolas and Sebastian Herkner.

“Artisans have the ability to turn something beautiful into something meaningful.” from Alberto Cavalli pronounced at the beginning of the conference, sets the framework. Convinced of the need to nourish souls as much as bodies must be nourished, it is with this desire to promote beauty that Homo Faber was born. If the first edition of 2018 had been noticed, the organization of the second, delayed by the health crisis, was finally able to take place, with the ever growing desire to discover the craftsmanship, as precious as they are. . 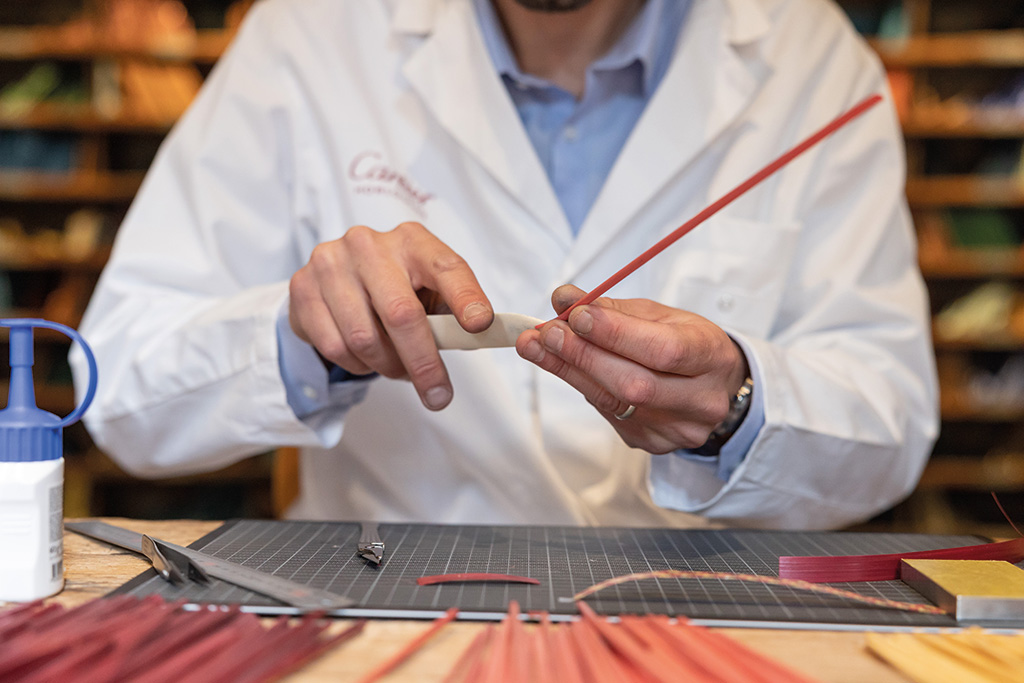 Charles Jeanbourquin, marquetry at Cartier, in full demonstration of straw marquetry for the bracelet created especially for Homo Faber 2022

Anne Midavaine, director of the Midavaine workshop, has worked for Cartier since 2013: she imagines and creates the lacquered panels exhibited in boutiques around the world. A work of hard work that is the result of collaboration between all the people involved in the projects. “The whole workshop as a whole is the master of the art. All the people who work there are important and bring a touch that makes the difference. The workshop acts as an interpreter, it is not simply an executor. » she testifies. Anne Midavaine thus collaborates with decorators such as Laura Gonzalez, but also works closely with the Cartier teams, in particular with Pierre Rainero, director of heritage, image and style for the high-jewelry house. For him, this partnership was an opportunity to expand creativity at Cartier. “We started working with the Midavaine workshop with the aim of expressing the values we hold dear, but in a new way. Cartier does not make lacquer in its workshops, so it is something that we admire, and we are therefore very open in terms of artistic proposals. » 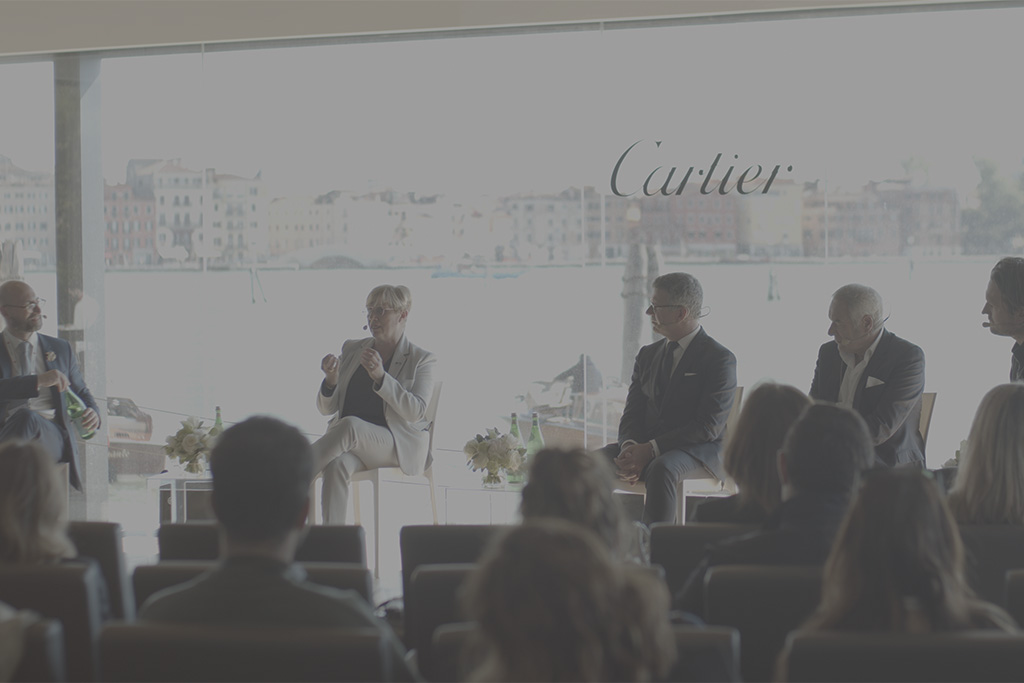 Time, the heart of craftsmanship

Craftsmanship is learned and cultivated over time, and succeeding in raising awareness among as many people as possible remains a major challenge. “To achieve something beautiful, it’s important to give artisans time to create, to imagine and above all, you have to take the time to invest in a new generation of artisans. comments Alberto Cavalli. With this in mind, the organization of Homo Faber had hired a hundred ambassadors on site to talk about the works exhibited to visitors. Originally from all over Europe, they are all rooted in the world of artistic craftsmanship. An initiative that respects Homo Faber’s desire to raise awareness among young people, and which involves discovering and opening up to the world of art, as Anne Midavaine testifies: “ I want to say to all these young people: let art come to you, don’t just be spectators, be creators! » An idea joined by Philippe Nicolas, master glyptician at Cartier. “Training also involves recognition. If we only train people for a task, we confine them to a specific creative perspective. But by giving them the opportunity to express their vision, they can assert their creativity and contribute new ideas. » he adds. 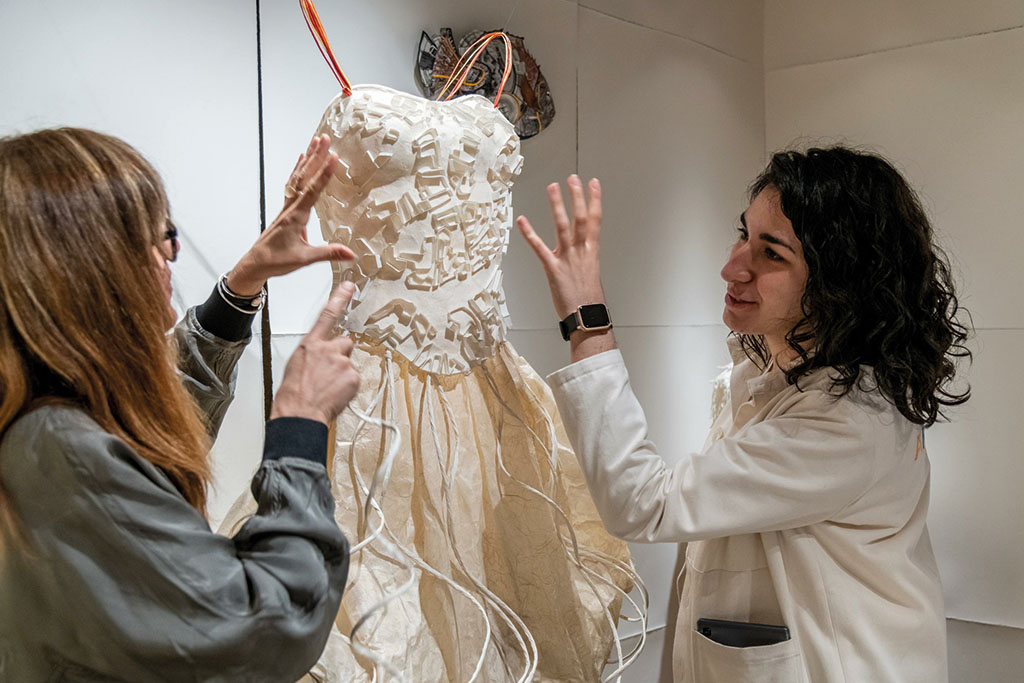 A duty of transmission

Beyond this human investment, mobilizing the younger generations also involves the transmission of knowledge that will allow these new craftsmen to evolve. And who better than an art master to talk about it? Philippe Nicolas, master glyptician at Cartier for a dozen years, sees in his profession an important responsibility for the transmission of knowledge. He explains : “I have a bit of the role of a passer, that is to say that I try to transmit in my own way the experience that I have in confrontation with the material. What I try to teach my students is to succeed in revealing what you can’t see, which is the definition of art sometimes. » 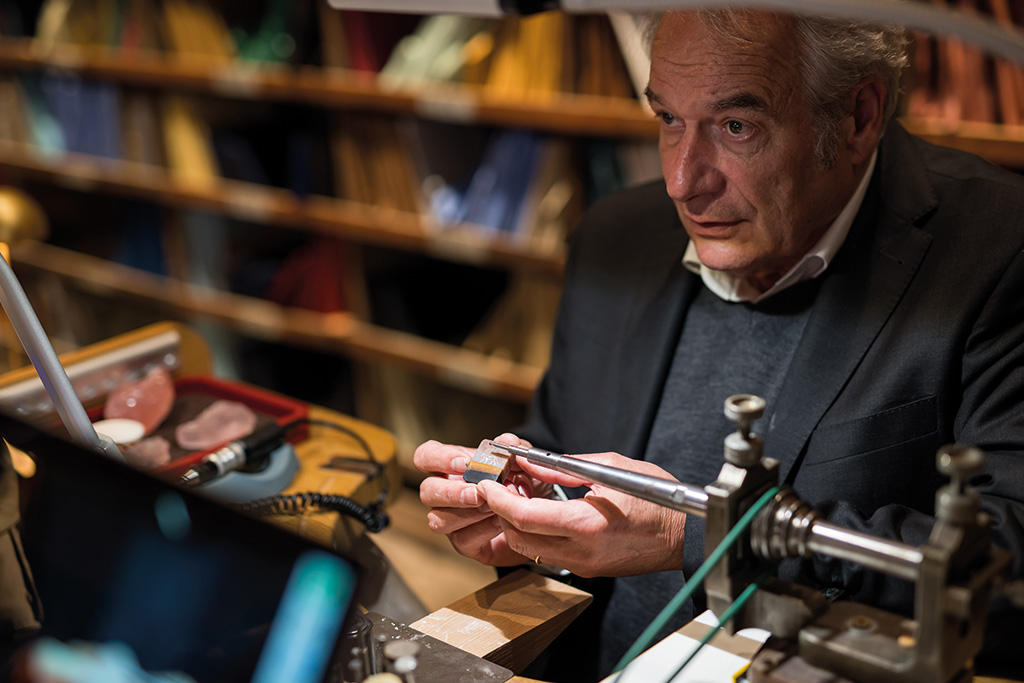 And if this responsibility to transmit craftsmanship is essential between beings humans, it is also important that they evolve. New technologies thus participate in the development of know-how, without distorting them. However, some of them can be endangered if they are not stored correctly. This is the idea expressed by the designer and exhibition curator, Sebastien Herkner. Based on his personal experience, he says: “The city where I studied in Germany was very famous in the field of leather. With new technologies, all the specialized factories have disappeared, which in my opinion has made the city lose its identity. As a designer, I think it’s important to use craftsmanship, but it’s interesting to use new technologies to produce new pieces. It’s all about balancing the two. »

More than creating, you have to immerse yourself in the stories behind the products. Craftsman for Cartier, designer, ambassador, curator or simple spectator, craftsmanship is a treasure for future generations, and the most important thing is to continue to make it last. “When visiting Homo Faber don’t be indifferent, be different. concludes Alberto Cavalli.