Grand Prize for Creation of the City of Paris 2019

The City of Paris presented, Friday, November 29, the 2019 Grands Prix de la Création, which reward emerging talent and a confirmed professional in each of the design, crafts and fashion categories. The juries for the 2019 edition, made up for the first time of recognized personalities and experts in the creative professions, distinguish 6 projects all developed around upcycling.

New this year, Frédéric Hocquard, Deputy Mayor of Paris, in charge of nightlife and the diversity of the cultural economy, asked 3 well-known personalities in the creative professions to don the dress of presidents of the jury: India Mahdavi for design, Hugo Barrière for crafts and Julien Fournié for fashion.
Among the 200 candidates, the juries selected 10 projects in each category. At the end of their deliberation, they awarded 5 “Emerging Talent” prizes to a professional whose project is particularly promising and 5 “Grands Prix” to a professional confirmed for the quality of his project, his development strategy, and its commitment to the transmission of know-how or innovation. In addition to the recognition of their peers, the winners of the Grands Prix de la Création are endowed with € 15,000, of which € 8,000 comes from the city of Paris. An endowment enriched by the Ateliers de Paris Endowment Fund by private partners: the Galeries Lafayette Group, the French Federation of Women’s Ready to Wear, ESMOD, Roger Pradier, the Rémy Cointreau and Victoire Foundation.

The Natacha & Sacha design studio is rethinking the use of certain objects in order to meet social and environmental needs. The duo want to change the way we design, produce and perceive technological and electronic objects in order to make them more desirable and therefore sustainable.
www.natachasacha.fr / @natachaetsacha 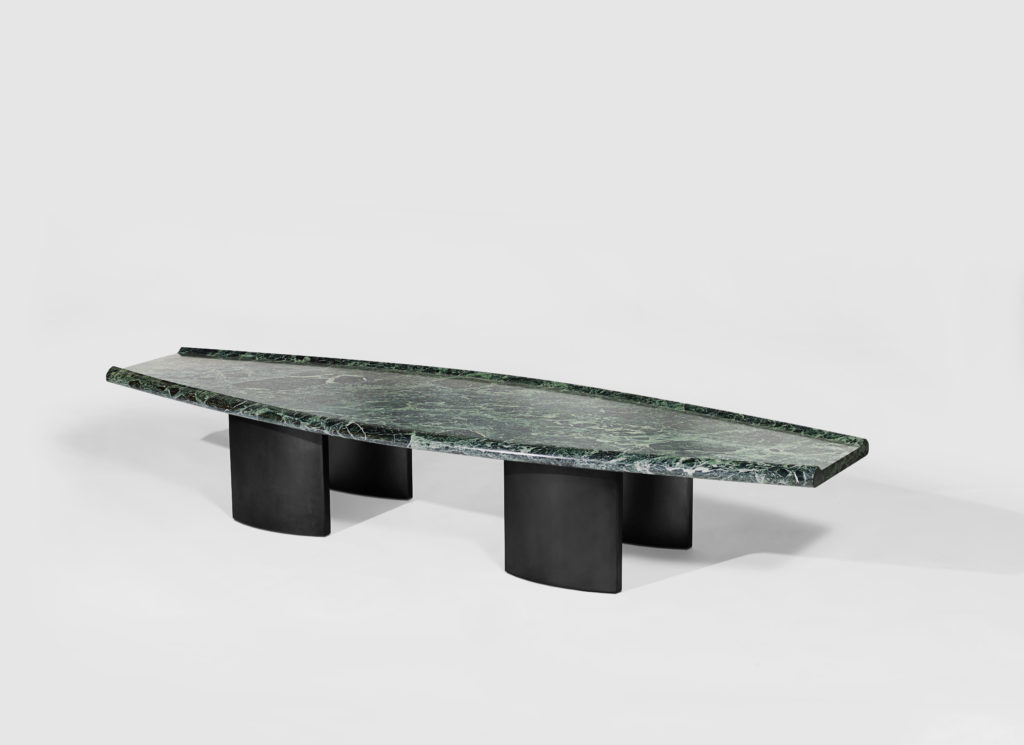 Based in Paris, the designer graduated from ENSCI – Les Ateliers is also rethinking the uses of objects by transferring know-how. He works on different product and space projects, from limited series to industrial edition for houses such as Kvadrat, Sèvres / Cité de la Céramique or Mustache. In 2019, he signed his first solo exhibition with the Galerie kreo and presented a retrospective of his first ten years of work in Mayenne.
www.jeanbaptistefastrez.com / @jeanbaptistefastrez

Through his floral arrangements, William Amor turns into a storyteller. The artist reinvents the profession of floral adornment. He specializes in the recovery of neglected materials: his floral ornaments born from plastic pollution aim to make waste a noble material of luxury. A social dimension is added to his artistic approach, the artist surrounds himself for his productions of people with disabilities. little golden hands to whom he transmits his know-how.
www.creationsmessageres.com / @ william.amor

The “Grand Prix 2019” for Cécile Feilchenfeldt

Cécile Feilchenfeldt is Swiss, grew up in Munich, studied textile design in Zurich and moved to Paris in 2007. The artist uses traditional knitting and weaving techniques to experiment with the material. Creations in nylon, rafia, lycra, cotton or cashmere that tell a story in 3D.
www.cecilefeilchenfeldt.com / @cecilefeilchenfeldt

Fascinated by the Greek toga and mythology, the French artist plays with the drapes to adapt them to modernity. Finalist of the International Fashion Festival in Hyères in 2017, in 2018 she launched a collection of bags, an adventure that led her to launch her eponymous ready-to-wear and accessories brand in February 2019. His first two collections are presented during Paris Fashion Week in the Designers Apartment showroom at the Palais de Tokyo.
www.mariannaladreyt.fr / @mariannaladreyt

Artistic director of a lifestyle concept store and then the winner of the International Festival of Young Fashion Designers in Dinard just before the launch of her eponymous brand in 2007 and the opening of her first boutique in 2009, Valentine’s career reflects her state. of spirit: creative, determined and passionate. In 2018, she opened a flagship store in the Haut Marais in Paris, consisting of two shops and an apartment.
www.valentinegauthier.com / @valentinegauthierofficiel

The Grands Prix de la Ville de Paris have rewarded professionals and young designers since 1993. From 2003, the prize list is divided into 3 distinct categories: design, crafts and fashion. Each year at the start of the school year, numerous applications are examined by qualified personalities who select around ten candidates in each category. The finalists are invited to come and present their career and their works during a hearing before a jury of experts (buyers, publishers, galleries, trade fair organizers, interior designers, etc.) who discuss and choose the winner. In addition to the endowment, the winners benefit from a visibility offered by the media partners and associates, some having been part of the jury of experts such as Intramural.
The 6 winners will be exhibited at the Joyce Gallery from February 4 to 19, 2020 – 168 Galerie de Valois (75001).