At the heart of the Bourse de Commerce-Pinault collection, Michel and Sébastien Bras have just inaugurated La Halle aux grains, their first Parisian restaurant. For this extraordinary place, they entrusted Elise Fouin with the signature of tableware. In total harmony with the theme of the culinary offer developed around the seed, the designer has developed the Sillon collection, plates, bowls, cups that connect the earth to the earth and make mealtime a unique experience. A project which sees its completion after three years, collateral effects of the health crisis included. 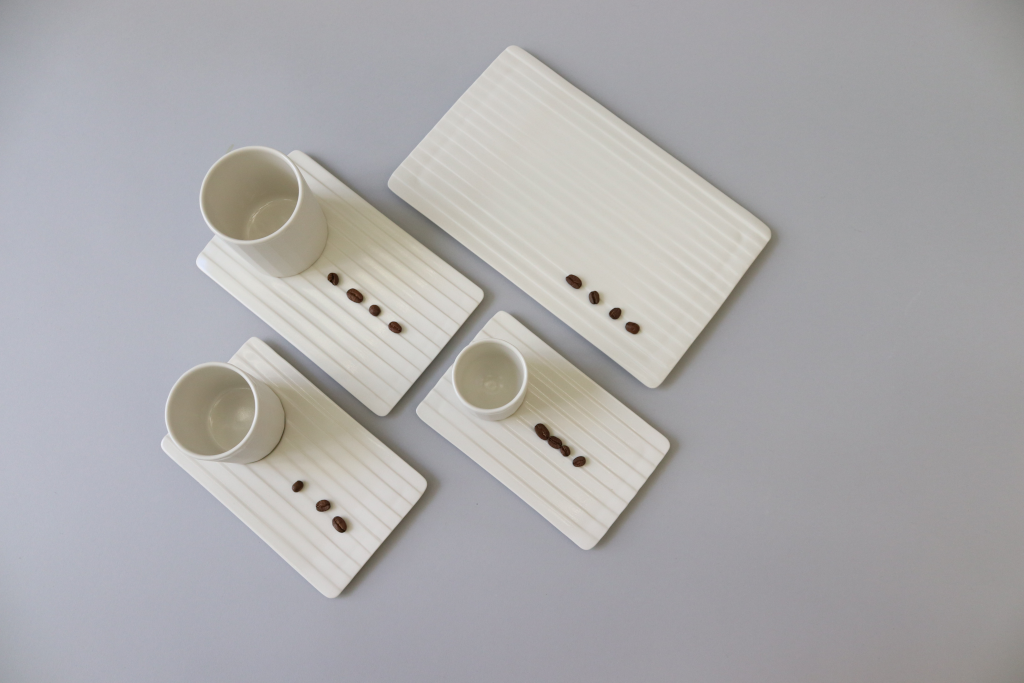 A question of curiosity

“I often say that I came to this profession by trial and error. I did not immediately know that I would become a designer. It is a gradual process. I had artistic activities, I did the piano, I painted… It was when I arrived at the Ecole Boulle, after my diploma in crafts, that I became interested in creation and the profession of designer. . I come from a peasant family since my father is a farmer, my paternal and maternal grandparents were too. At the time of my orientation, I knew that I wanted to do something in the field of the arts, initially more the Beaux-Arts than the Ecole Boulle, but during the open days of the Parisian schools, I found that this aspect creative was for me.

What attracted me to design is its multidisciplinary field, that it can intervene in many fields. I get bored of always doing the same thing and the design is what allowed me to satisfy my curiosity. “

“Twenty years ago when I was at school, I had a rather experimental approach, since I came from the crafts. I didn’t just draw, I touched the material a lot more and this approach was more developed in the Nordic countries and in schools like the one in Eindhoven. I’m from a generation that looked at Hella Jongerius, her relationship to color, the way she dealt with the imperfection of objects that we usually try to erase. I was quite admiring this approach very different from that of France where we were more used to a very smooth, very finished, very perfect object. At that time, 20 years ago, I had references like Droog design, Scandinavian references and Achille Castiglioni for this touch of humor that he always brought in his products. “ 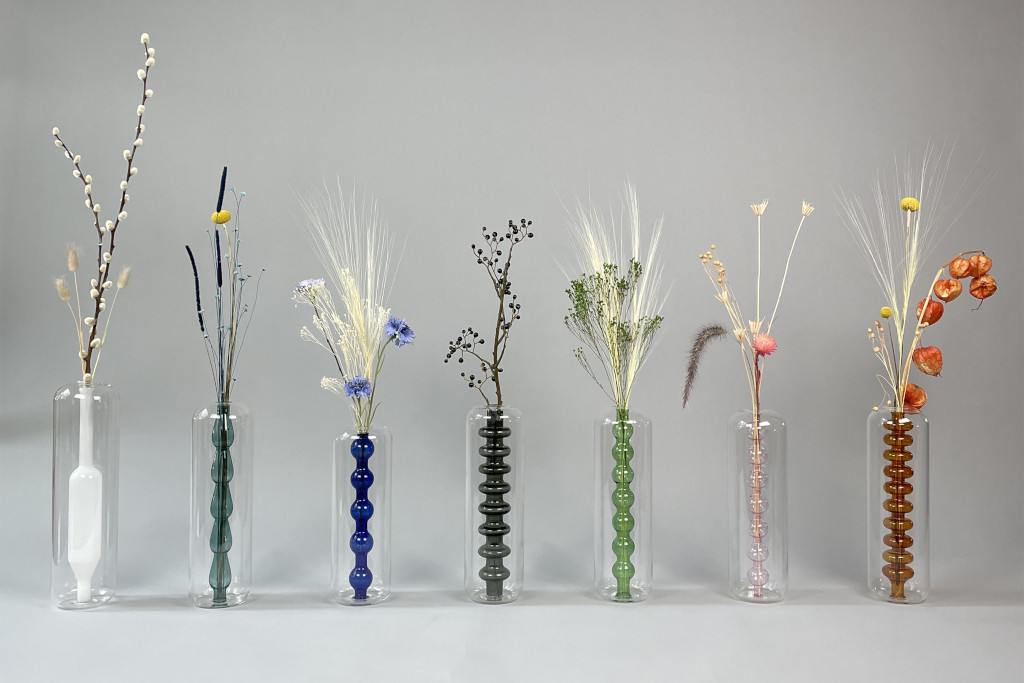 “I did my end-of-studies internship with Andrée Putman, and it was a real encounter. When you come from a village of 250 inhabitants, when you go to a Parisian school and your first internship with Andrée Putman, you say to yourself that you have come a certain way. I arrived at her house with a rather naive look, it was her manager Elliott Barnes who recruited me. He is an American and he is much more transversal than the French could be. Coming from the Boulle School and the arts and crafts, a school perceived more as traditional than in innovation, I had in front of me when I confronted design agencies, people who saw in me more as a craftsman than a designer. The first time he met me, he looked at my book and he said: “it will take time but the approach you have is very interesting, we will come back to all that is know-how … Don’t lose sight of what makes you different. ” I was quite amazed, it was the first time someone told me that and that’s how it started, we never lost sight of each other and we still hang out today. “ 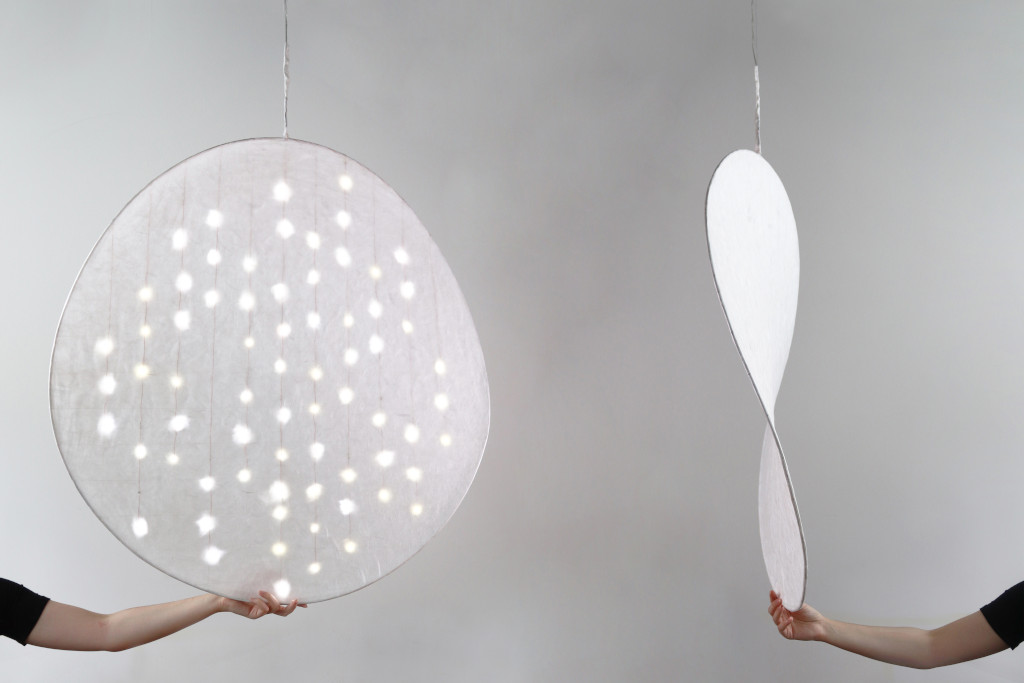 “For a woman, the problem is not to exist, it is to have projects which have meaning and which have the merit of existing; afterwards, recognition follows or not. The constraints are on calls for tenders: for equal capacity, a man will be more taken because he will have less constraints of children, as in many other fields. It’s a matter of self-confidence. I am more in the questioning than in the answer. Is it related to being a woman or to personal issues? The important thing is the balance of a mental space. Design is something that lives in us, and it’s hard to say “at 6 pm, I quit“. It’s Cornelian. To start, you have to hang on and have endurance, maybe better in endurance than in sprinting. And never work for free. Enforce their ideas. “ 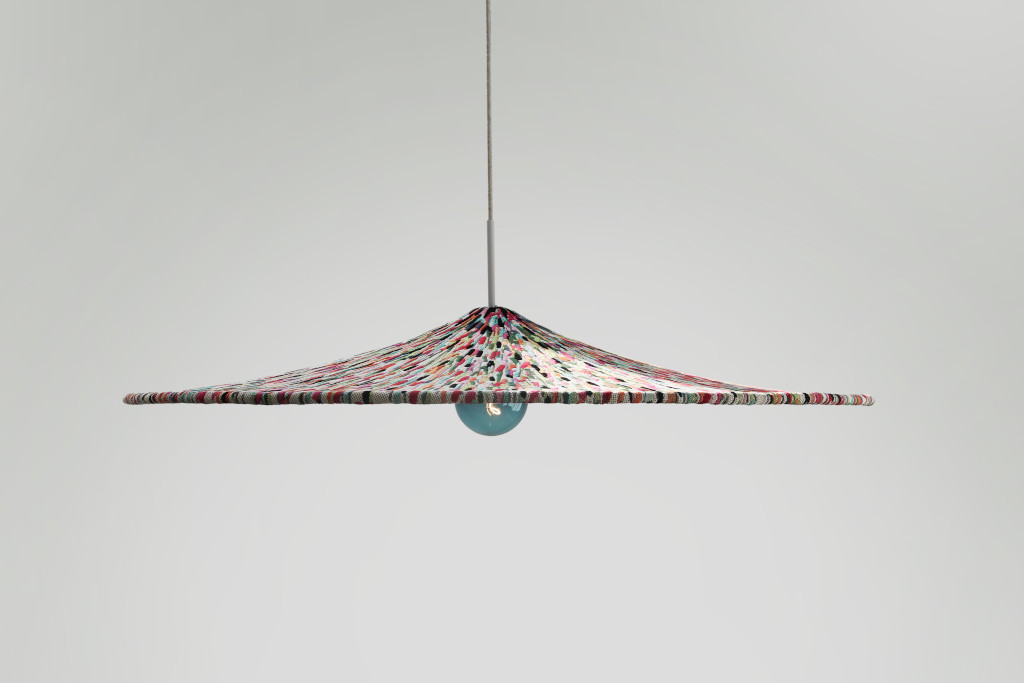 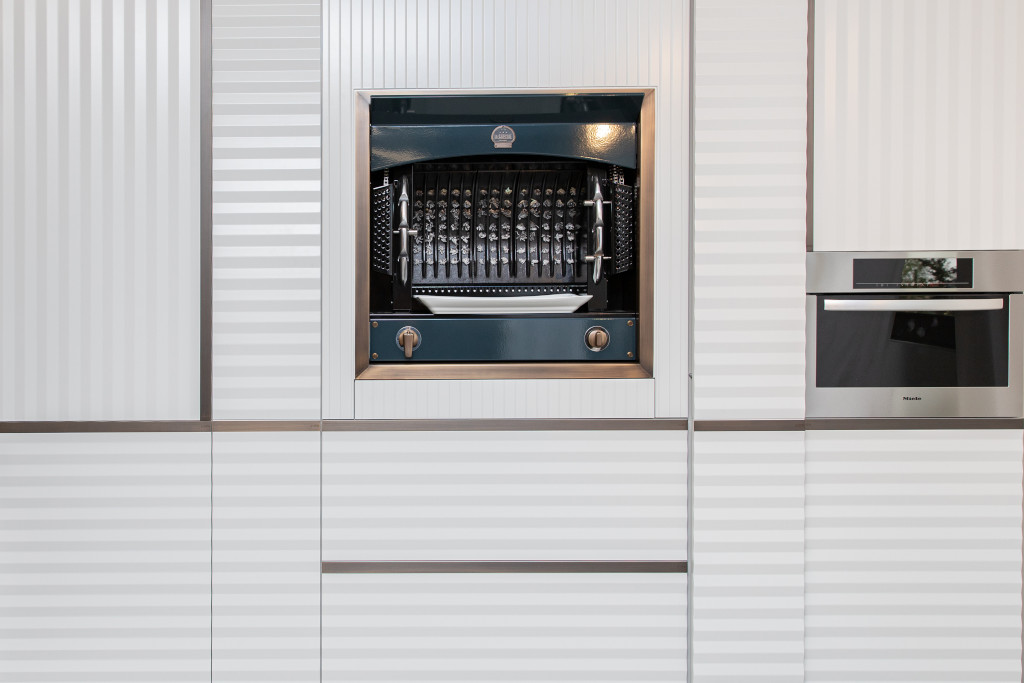 La Cornue called on Elise Fouin to design the Power 3 collection for the kitchen layout. The designer has worked the facades in such a way that each frame captures the light and gives depth to all the elements.

“Design is a combination of aesthetics, ergonomics and use. The design has a certain economy of means, a balance between the aesthetics of the material and the meaning it conveys. I like objects that make us smile, wink objects. I have worked for companies that make tableware, furniture, lighting, the world of cooking, exhibition scenography … Each time, these are different fields, and that’s what interests me even though I have made lighting and worked a lot on lighting. I love the work of Japanese designers like Tokujin Yoshioka. Charlotte Perriand, with all her approach and sociological approach to design, with the photography of peasant objects in Savoy… It resonates with my origins. Because I am in this search for less material: how it can be easier to manufacture, then ship without taking up too much space … all these notions of economy of means and respect for the environment. “ 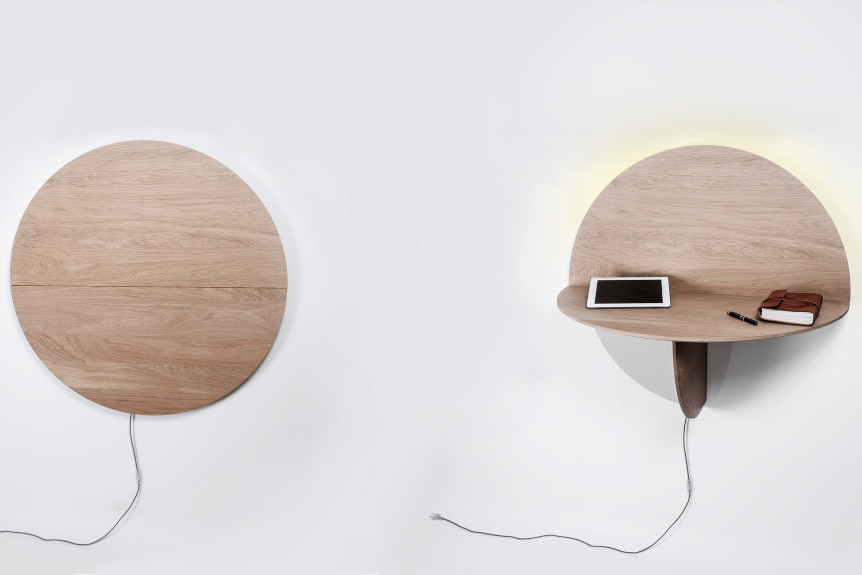 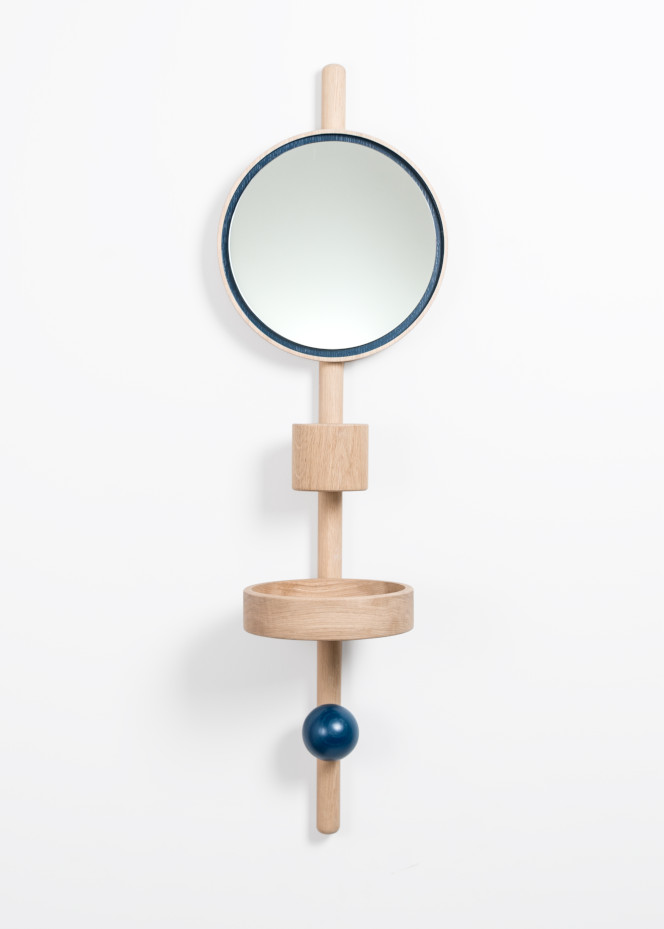 Projects around the world

“Right now, the world has turned around quite a bit, but I recently worked for a Japanese kitchen knife maker. Because if the Japanese eat with chopsticks, they reserve the knife for the kitchen and to develop on the European market, they needed a table knife. So I worked for a craftsman who is in Tokyo (Ubukeya). “ 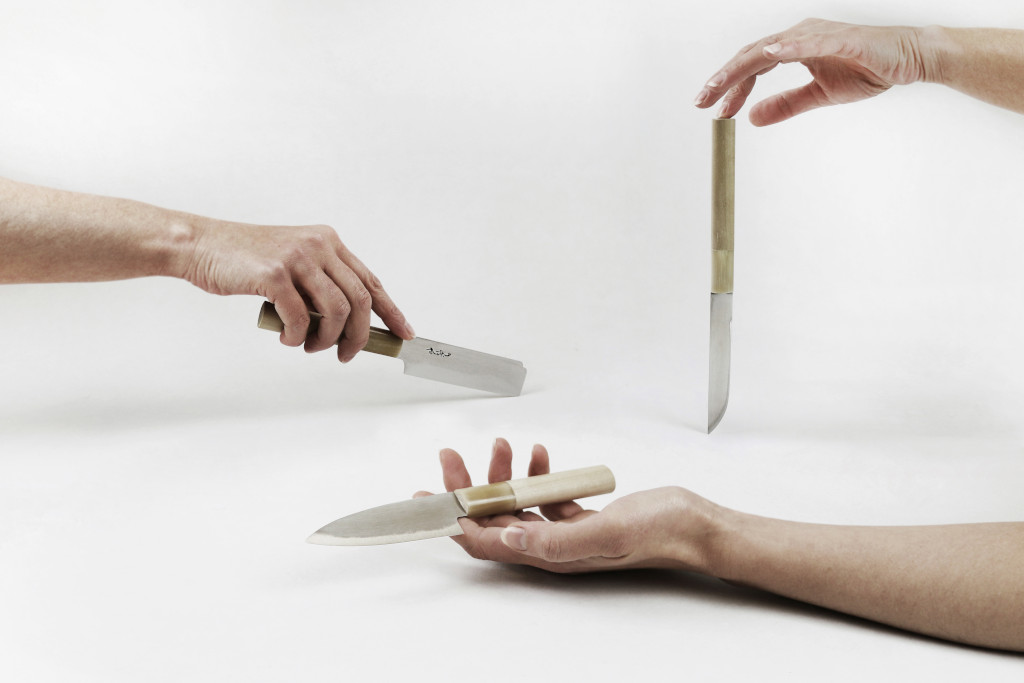 “For my diploma, I imagined rolls of paper that unfold, and it is thanks to this work that I became known to Forestier, which at the time of their acquisition and their relaunch in the contemporary world to me. contacted a dozen other designers. I had the chance to create a first Circus product which was more than commercially successful. But having visited the lampshade factory near Bordeaux, I made the Papillon pendant lamp which was highly regarded and commercially successful. The latter has just entered the permanent collections of the Museum of Decorative Arts, and that makes the link. It is thanks to my work on light that I was able to go to Japan to work with a hyogu master and to work on washi paper laminated on fabric, which is a Japanese technique. “ 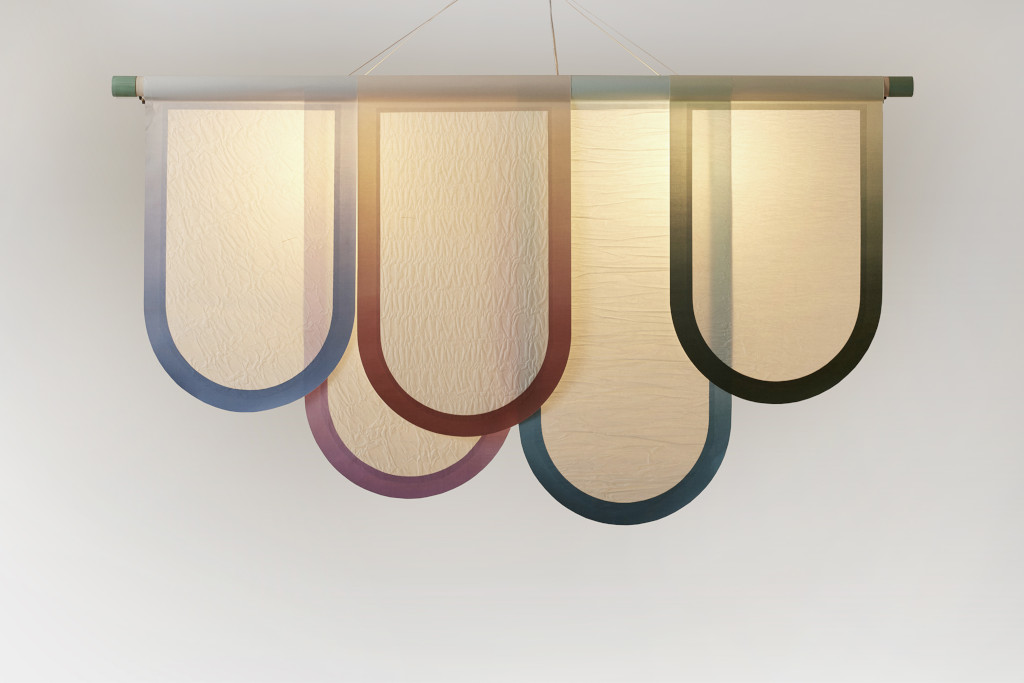 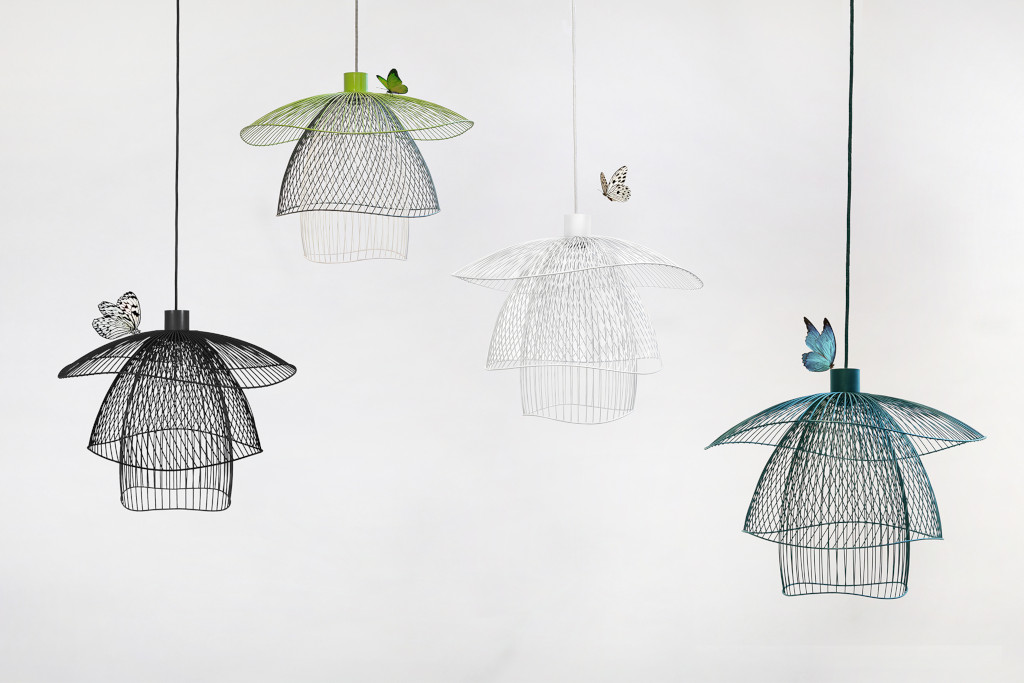 The project, from start to finish

“I have a tree-view thought, so I need to understand the project from start to finish, to know where I’m going to be to make it happen. I need to visit the company to see who is the person behind which machine, so that the people of the company are able to carry the project. For the Halle aux grains, the plates of the Sillon series bear the memory of the toothed wheel which is used to split the earth before the seeds are placed there. The imprint of the work of the hand as know how to make it the craftsmen of Jars Céramiste was essential. And Michel and Sébastien Bras met there. ” 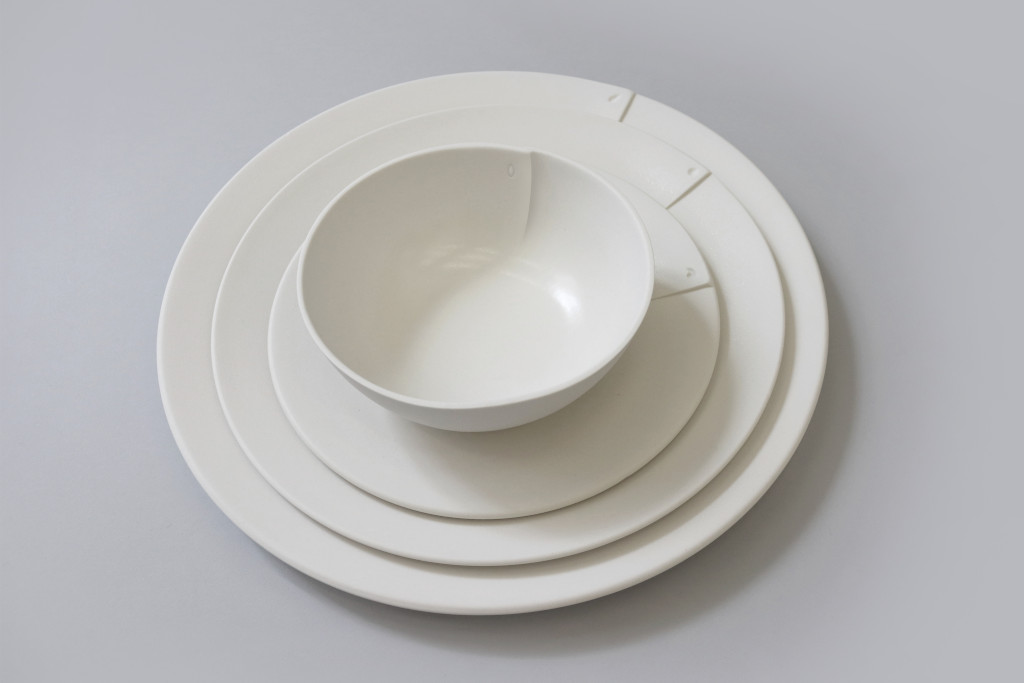