Very popular on the American continent, the Droplet is a mini caravan with a compact design, to travel and camp in the wilderness, with all the comfort, in total freedom.

Pascal Pillon is the inventor of this funny caravan that he named Droplet. This engineer studied in France and then worked in companies such as Zodiac. His desire for the great outdoors led him to settle in Canada. In 2016 the first prototype of a mini caravan was born. A mode of camping, very fashionable in the United States and Canada (see article “Camping high tech” in Intramuros 212). He tells us about this challenge, for which he was selected by the Venture Labs incubator in Vancouver and how this very personal project has filled and fulfilled his new life.

You studied in France, as an engineer what made you decide to go to Canada?

I have always chosen my living spaces according to my passions. I love the sea and the mountains. Vancouver is one of the few places in the world where you can sail and ski in the same day. It was this desire to be close to the wilderness and a certain freedom that led me to Vancouver. 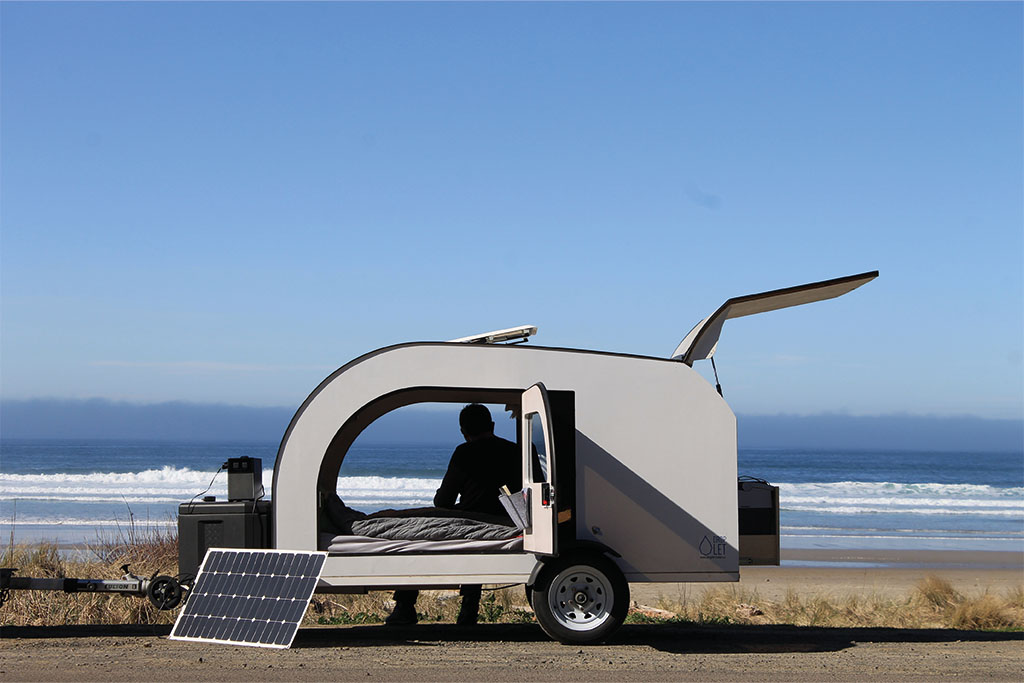 Why did you develop this Droplet project in Canada and not in Europe?

The North American market is fundamentally different from that of Europe. On the one hand, on the American continent, with two weeks off per year, camping is a shorter leisure activity than in Europe. Weekend warriors on the West Coast are on a roll for two- to four-day excursions, while European summer vacations are spread out over several weeks. And in the end, small caravans are not necessarily suitable for this kind of use. On the other hand, camping in the United States and Canada is almost a religion! A customer once told me: cars are the business of Germany, cheese, the image of France and camping… that of Canada! Because of the long distances, this is the only way to travel to places without hotels and of guest rooms. In addition, the infrastructure related to camping (land, water, supplies) is much more numerous in Canada. 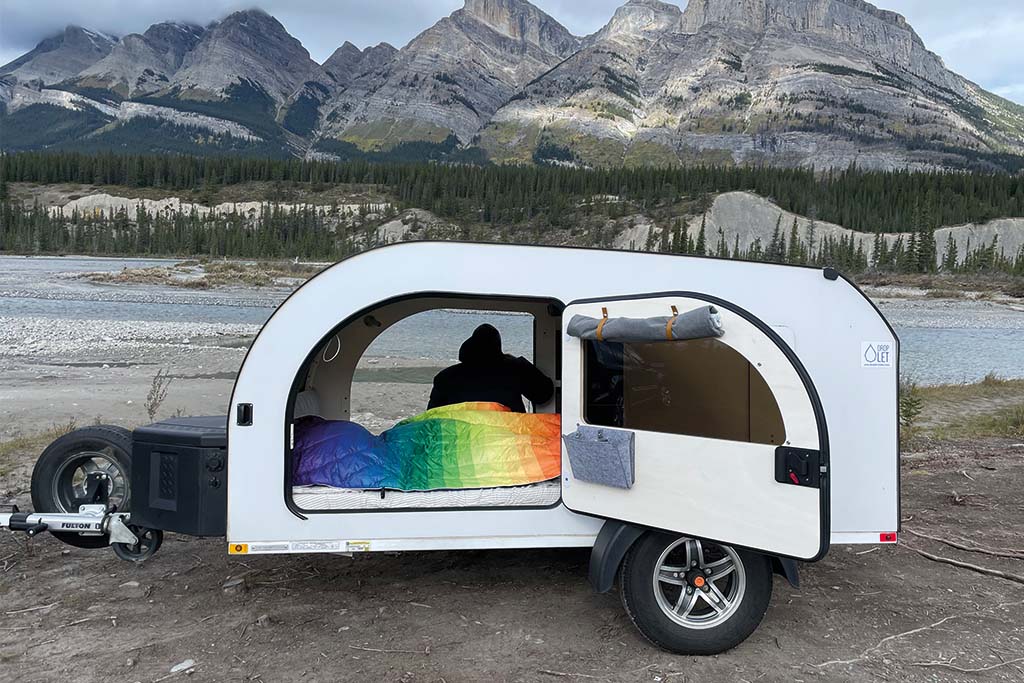 What are your ambitions for the future?

We have many R&D projects: portable air conditioning, a lighter caravan model made of ABS and fiberglass, an application, the Droplet app, to track essential information for the camper (tire pressure, temperatures, control of electric vehicles). We want to test the European market and are looking for partners for the production of our chassis.