Artist and theoretician, Donatien Aubert is interested in cybernetics and the way it continues to influence the current transformations of knowledge, techniques, but also political, social and cultural imaginations. For this, he designs hybrid installations (computer-generated short films, but also interactive devices and sculptures) that call on design to give shape to his plastic research. A process that can be discovered at the moment at the CentQuatre, with its installation The cybernetic gardens as part of the exhibition “Beyond Reality“ of the Biennale Némo, and whose aesthetic purposes Donatien Aubert will confront with the crossed universes of Philip K. Dick and Ridley Scott during the thematic weekend Blade Runner on November 27 and 28.

At the heart of Donatien Aubert’s work, sits cybernetics. Born across the Atlantic during the Second World War and bringing together scientists from various disciplines (analysis and signal processing, robotics, neurology, behavioral psychology), this movement marked a turning point in the history of science by interweaving technical issues , scientists and industrialists, at the service of the creation of strategic military inventions. With it, the scientist and the engineer experienced a new relationship of mutual dependence which structured the idea of technosciences. Even more, cybernetics helped shape the fields of robotics, computer science and what was to become of artificial intelligence by constructing an organic vision of the machine. Called to function like a human brain – via the computer – or to adopt modes of operation inspired by animal biology, the machine was thus able to better integrate into our daily environment in order to transform it. Through this, the research trajectories opened up by cybernetics have swept over our cultural models, influencing philosophy, literature, cinema or the arts. Since then, and as Donatien Aubert says, “the imagination of technologically developed societies is haunted by the figures of the automaton, the cyborg and the transhuman” . 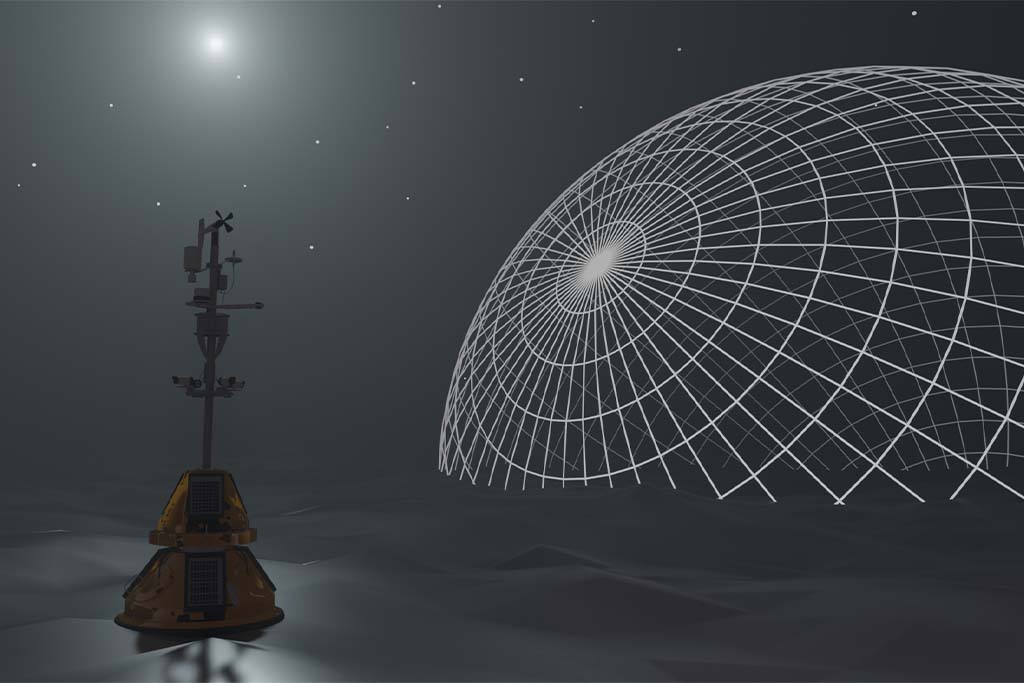 Making the transformation of imaginaries legible

It is in this crucible that Donatien Aubert inscribes his work as an artist and theoretician. It seeks to make these developments legible by highlighting the current transformations of knowledge, techniques, but also political, social and cultural imaginations. For this, he creates hybrid works where animated short films, interactive devices, virtual reality programs or sculptures designed and manufactured with the assistance of a computer come together.

A hybridity of supports with a very elaborate conception and design, where plastic research is based on perceptive springs largely reinforced by digital technologies (generative design, interactivity, immersion), but which are also very respectful of forms.

In 2019, Donatien Aubert created the installation Cybernetics: From 1942 Onward. Mapping the Constitution of a New Empire, the first part of his trilogy on cybernetics, which contextualized the role played by cybernetics in the reorientation of conflicts (notably during the Cold War). The public was invited to enter a room where six interactive showcases were arranged, each surmounted by a holographic helix giving the illusion that solid and animated images were floating in the exhibition space. By approaching the propellers, the spectators activated, thanks to sensitive carpets, the revelation of the contents of the display cases, normally opaque in their absence. We then discovered archival images silkscreened on metal (from military archives or representations linked to the imaginary of the cyborg), LCD screens broadcasting computer-generated animations, and 3D prints. Elements that resonated with the film screened in the same room, where some key moments in the history of transfers between cybernetics and American military foresight (from the development of nuclear arsenals within the Manhattan Project during World War II to the most recent circulation of the transhumanist imagination in institutions across the Atlantic linked to Defence). If the idea was to show that an important part of the imaginaries linked to digital culture unfortunately has militaristic connotations, its relationship to the staging of the device and the manufacture of the object was just as fascinating. 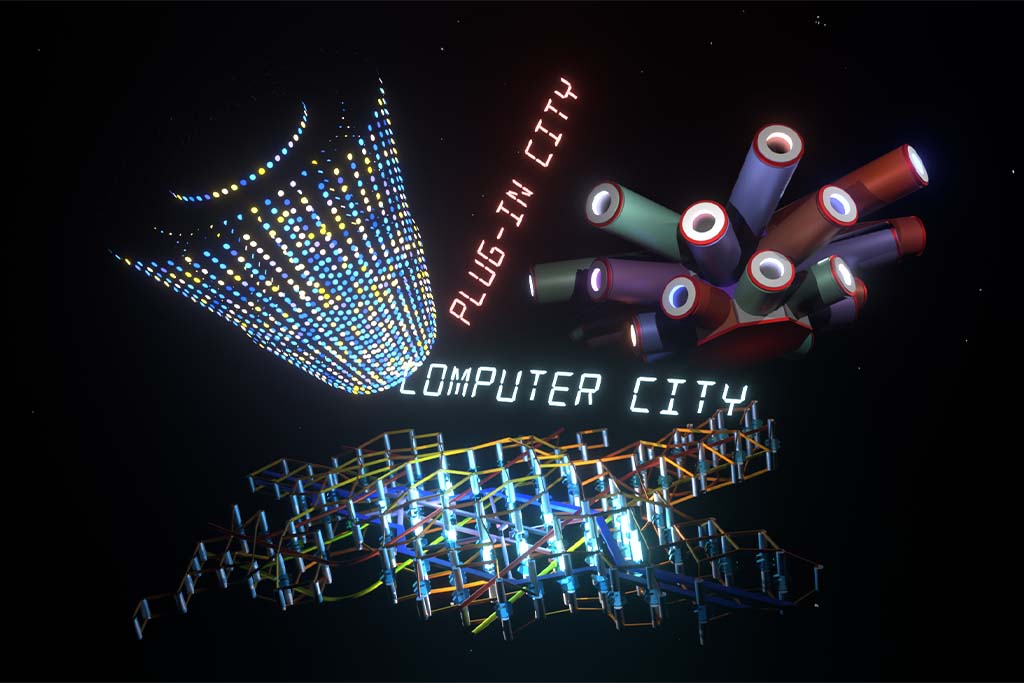 From cybernetic gardens to Blade Runner

Because what could be more normal, when one is interested like him in the functionalization of the world, than to be attentive to the design of the object and the device? This is of course still the case in his new installation and second part of his trilogy, Les jardins cybernétiques , presented at the Centquatre as part of the exhibition Beyond the Real at the Biennale Némo, and which translates rather well the completely cybernetic ambivalence of the relationship between the living and the machine. In particular, you can discover Disparues , a bouquet of flowers bringing together five plant species that died out between the advent of the industrial revolution and the 21st century, printed in 3D by powder sintering. Modeled from botanical prints or photographs, this bouquet gives, according to Donatien Aubert, “a concrete, somewhat morbid form to the phenomena of anxiety involved in the erosion of biodiversity – solastalgia – by the fear that environment that we will know will be more degraded than it already is”. Even more impressive are its Chrysalides , electronic devices sheltering plants and broadcasting sounds of nature (chirping of birds, songs of insects, noise of water or wind) in the absence of visitors. When someone approaches, these reassuring noises are gradually nibbled away by an anxiety-provoking electronic soundtrack. But paradoxically, this frame is interrupted when the visitor gets closer. The Chrysalides then broadcast music. “ The industry has contributed to destroying the habitats of many living species”, explains Donatien Aubert. “But, reciprocally, relatively recent techniques such as hydroponics, aeroponics and the full range of agroecological instruments allow us today to grow plants with hitherto unequaled yields and in a harmonious way. The formal characteristics of Les Chrysalides refer to this essential ambiguity in our increasingly instrumental relationship to the world and the environment. »

This ambiguous relationship obviously continues in the eponymous short film of the installation, where the ambivalence of the relationship between cybernetics and ecology also shines through, for example when we go back to the origin of meteorological data, the first source of information for the climate change. “The first climate simulations were carried out using a Stanford computer designed by John von Neumann, one of the main figures in cybernetics,” explains Donatien Aubert. “However, this computer was not originally made for peaceful purposes, but to predict the distribution of the shock waves produced by the explosion of the first nuclear bombs. The knowledge of the mechanisms of climatic regulation therefore came to us originally from the work carried out on the military control of the atom. » The animated film also exposes the way in which architects and town planners have seized on the cybernetic imagination to imagine cities in osmotic relationship with the living. In the 1960s and 1970s, in the wake of the city-continent projects of Yona Friedman or the mobile city projects of Ron Herron (member of the Archigram group), ambitions still seemed radical and excessive. But we now realize that these somewhat crazy projects have inspired contemporary approaches to eco-design or architectural movements – such as morphogenetic architecture, with its biological-looking buildings, designed by architects like Achim Menges – which are actually realized. 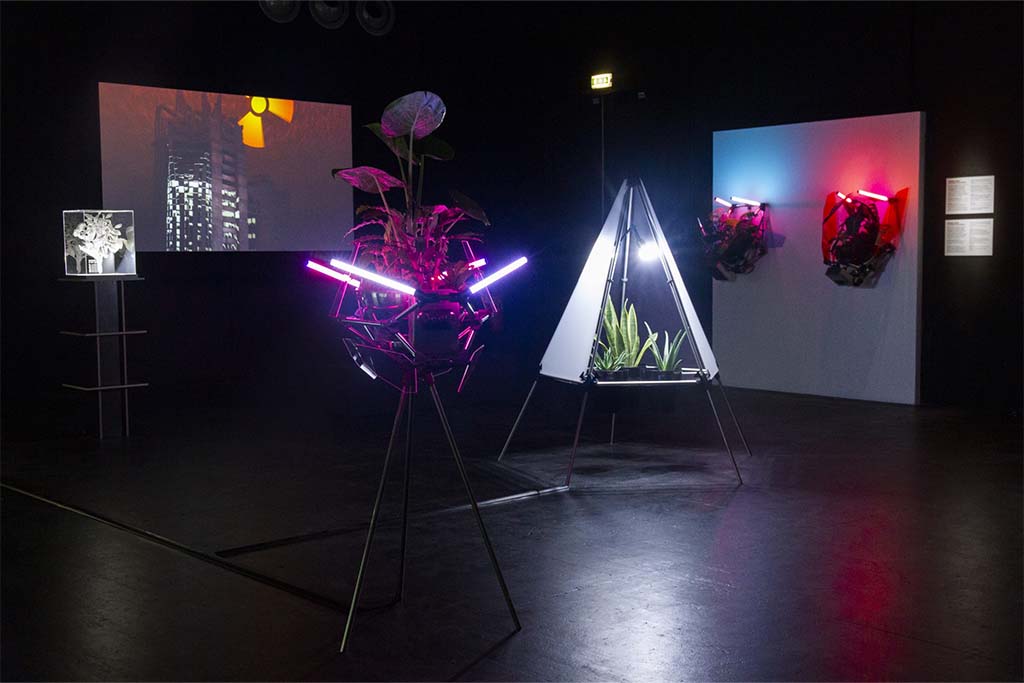 ''Les Jardins cybernétique'' by Donatien Aubert, to be seen in the exhibition ''Beyond reality'' as part of the International Biennial of Digital Arts at CentQuatre. Until January 2.

So utopia? Or dystopia? Even if Donatien Aubert may say that ” the future of human societies is unwritten” , his critical look at the science-fiction-inspired imaginations of the current high-tech figures of Silicon Valley such as Jeff Bezos, Elon Musk or Mark Zuckerberg obviously lure us to the announcement of its participation in the thematic weekend Blade Runner , November 27 and 28, still at Centquatre. He will speak on two round tables: “Hybridity: study of the narrative and visual devices of films Blade Runner ”, where he will discuss the aesthetic contribution of Douglas Trumbull, the designer of the special effects of the 1982 film, and how his choices more generally oriented the visual codes of “tech-noir”; and “The transformation of bodies, pipes and the environment, through the prism of cybernetics and geoengineering”, where he will talk about artificial beings, automation of pipes and spatial colonization. “Our reality is perhaps not as ductile as that of the world of Philip K. Dick or Ridley Scott’s film, but Blade Runner has nevertheless admirably anticipated certain contemporary realities” , recognizes Donatien Aubert. “The views of Los Angeles dissolved in thick fumaroles are reminiscent of the apocalyptic appearance of certain megalopolises today, during pollution peaks. And then, by questioning the reality of free will, by judging its understanding useless to allow the description of consciousness, hasn’t the mechanistic framework of interpretation provided by cyberneticians already made us comparable to machines? ? Will we be able to thwart these dangerous simplifications? »

– “Blade Runner” weekend on Saturday 27 and Sunday 28 November at the CentQuatre : Conferences and round tables, documentaries, VR and new audiovisual concert by Franck Vigroux and Antoine Schmitten preview. Among the topics covered: the aesthetics of the artificial, the descendants of Blade Runner , its influence on theatre, comics, cyberpunk, video games, cybernetics, urban planning, transhumanism… And of course, empathy, that invisible emotion that is increasingly difficult to discern, so that it is supposed to differentiate the human from the android.

– Exhibition “Beyond reality” until January 2 at CentQuatre (see “Towards a perception beyond reality?”, Intramuros 209 )