Skip to main content
News / Design / Portraits / Design: Next Gen – Françoise Seince: “being a creator is an entrepreneurial adventure”

Design: Next Gen – Françoise Seince: “being a creator is an entrepreneurial adventure”

The Ateliers de Paris support young designers in the fashion, crafts and design sector over a period of two years. Its director, Françoise Seince, reviews the evolution of the profiles of residents who have passed between its walls for fifteen years. 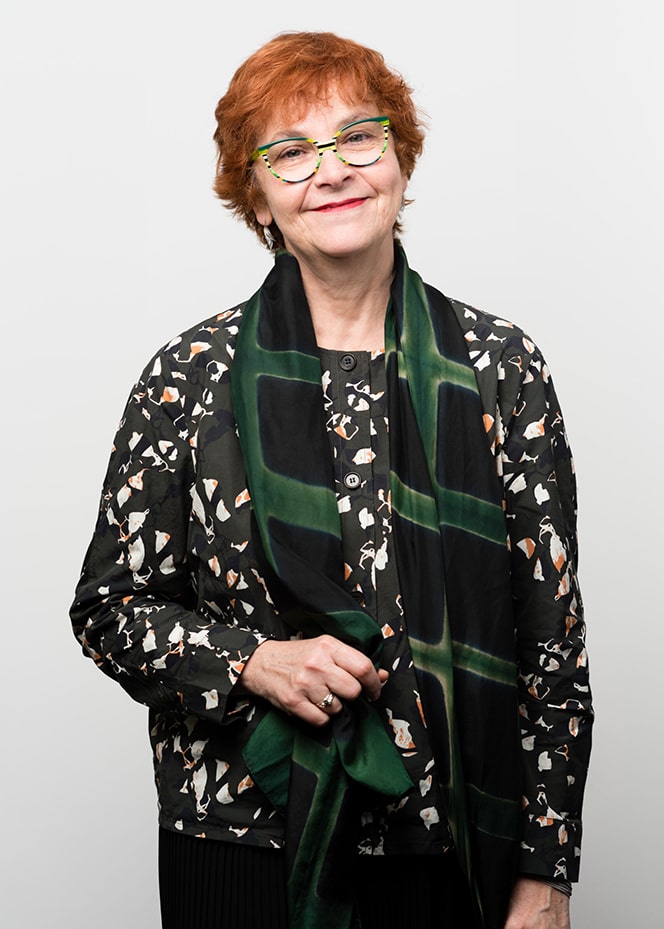 How did the opening of the Ateliers de Paris go?

Les Ateliers de Paris opened in 2005, and we welcomed the first incubator on the site in September 2006, with the desire of the City of Paris to have a place of convergence, a resource place for all professionals in the area including a focus on helping and supporting business creation. From the start, we offered training, and consultants met with professionals for individual meetings. The training courses are open to all, the prices are symbolic so as not to be a hindrance for the learners. We support 35 residents for two years who benefit from appointments in their support package.

From the outset, the Ateliers de Paris thought of creation in a broad sense since the incubator concerns both crafts, fashion and design. Is that what makes you strong today?

At the time, we were criticized for this association, we were objected that no one would be well supported. These three sectors are of course not interchangeable, but there are many recurrences, in terms of economic support, many obstacles are comparable. The synergy that we tried to initiate at that time has been confirmed by time. Today, we are no longer the only ones to have this type of grouping. It struck me a lot when going abroad to see the greater porosity that we found between these sectors while in France everyone is on their own backyard. At the London Festival, for example, many artisans exhibit with designers, fashion designers are present, because there are many proposals around textile design, a sector that has been revitalized over the years. Once again, designer and fashion designer are two different professions, we agree, but these are creative approaches, sometimes comparable processes in terms of digesting sources of inspiration and adapting to their product. . It seemed interesting to us to combine them and create these synergies.

Does your support for residents primarily focus on defining their economic model?

Above all, Les Ateliers de Paris is a big family. When you spend two years with people on a daily basis, there is a great closeness that is created with them. We help them to have confidence in themselves, to really understand their strengths and their peculiarities, which will allow them to stand out in a market that waits for no one, because there are a lot of people in the market. We make them work a lot on their strategy, become aware of their value, of the need to invoice at the right price so as not to sell off and be able to live off their work, we make them compare their hourly rate and the professional time they have. All these elements help them to move forward, to build themselves, to be more sure of themselves, able to claim what they are and the price they are worth. And this is a big job for which schools obviously do not prepare today, because they already have a lot to teach them and the project leaders are much more receptive when they are confronted with the question after their schooling. It is more than necessary work, and which allows a very high rate of professional integration. They do not necessarily remain company managers, they sometimes join companies as employees.

What also matters for designers is to make them aware of what a business is, that it is an economic activity: they are often designers and not entrepreneurs in their heads. Whatever their status, they must keep in mind that this is business, in a cultural and creative industry of course, but it is business. They are all artists and authors, but it is above all an entrepreneurial adventure, that is what they are here for.

Are you in touch with other networks, such as Make HERE?

For some time now, we have had a think tank with the Make ICI network and other support players. We share the challenges we face, how we come to solve them. I admire the work of Make ICI very much, they are long-lasting initiatives, the network is well thought out, I am very often approached by cities that want to create incubators, I cite it a lot as examples for their interesting economic model, their openness of spirit.

By creating the Ateliers de Paris, the idea was also to decompartmentalize know-how and their complementarities between designers and craftsmen?

Over the past fifteen years, we have begun to see an overwhelming interest in know-how, which has confirmed this fundamental question. It was ironic. I received many requests from students, teachers, who were looking to come into contact with artisans. We started to see that it went hand in hand, but despite everything we didn’t invent anything, we just come back to the basics! Another interesting phenomenon: education has changed. Today students have multiple profiles. I am thinking of people like Pierre Favresse who has a DMA in cabinetmaking, then in marquetry, then who did Decorative Arts. Or Elise Fouin, Jean Sébastien Lagrange, Dimitry Hlinka… Many designers have basic craftsmanship training. It is a porosity which is more and more frequent, possible, of course people are not interchangeable! But these courses make it possible to enrich profiles and have a little easier access to the formalization of their ideas, they are not permanently in pure abstraction. It’s very interesting, we are on the thought and doing it at the same skill level. These are profiles that were rare fifteen years ago, and now are multiplying.

Over 15 years, what do you think characterizes the evolution of the profiles of creators, in the broad sense?

What is undoubtedly comparable in these 3 sectors of activity is the omnipresence of environmental issues in the approaches of these creators, who are acutely aware and who cannot conceive of the development of their activity, of their creative universe. , apart from these questions. It is a prerequisite that will often be the backbone and the very DNA of creative work. And it’s the same phenomenon in design and in fashion. In design, for example, I am thinking of people like Samuel Tomatis and Lucille Viaud: their desire to create and develop products differently is completely linked to these questions of sustainability. It’s the same thing in the fashion industry: today we no longer have a brand that arrives without asking this question. It is really common to all, whereas fifteen years ago, it was not necessarily at the heart of the reflections, far from it. They have terrible faith in their ability to change the world, they deserve to be put before!

Is it also due to a new perception of the fields of action of design?

Over the past 15 years, design has been somewhat underexploited but it is something that has already been completely revised for several years and especially among the younger generations. Fifteen years ago, young people going out had a sort of obsession with some form of celebrity. Most wanted to “make unique pieces, small series for galleries” and I remember having had conversations with certain actors whose vision of design was too limited. The first ones we have around service design arrived in 2012.

For years, people have complained that the design was misunderstood, poorly considered, that everyone linked it above all to a question of aesthetics, but what is the image that was conveyed besides this- the ? Let’s hear, I’m not saying that you shouldn’t make beautiful objects, but that raises a question about the real dimension of design, about what design thinking processes can bring to society as well. And that really moved thanks also to teaching, to pioneering professors who brought ideas of innovation, of research, people like François Azambourg, who always tried to push the limits of technology to try to make lighter things, chairs easier to store and transport, and which in fact introduced other parameters which testify to all the richness of the design. For example, we have people like Isabelle Daëron. I remember when we gave him a star at the Observeur du design for his first urban fountains, it was a project in which I believed, I said to myself that the design really had to go in that direction. I am happy that this is a message that today is much better understood and has more emulated.

We see it in the diversity of projects that designers can take on. Here we are. We are in a beautiful demonstration of what design can bring to society today. This is really something that I have seen emerge over the past fifteen years. We are on something deeper, we see it in the projects developed, the titles of diplomas, in what events such as the Saint-Étienne Biennials have shown, with designers in touch with their territory, their environment. . It’s a beautiful story of design that is now being written in France.

Formel Studio is currently one of the 35 residents of Ateliers de Paris, and is one of some 30 young designers featured in the “Design: Next Gen” dossier of Intramural currently on newsstands.