Design boosts “Made in Portugal”.

In Portugal, under the impetus of designers and artistic directors, publishers rely on new technologies to develop a manufacturing process that is very much rooted in traditional know-how. A way to promote a new market positioning between industrial creation, craftsmanship, even “collectible” pieces.

After two major events in June at Portugal Home Week in Porto and Paris Design Week, Portuguese design is making its way to highlight all facets of its talent and craftsmanship. Strong of this territorial anchoring, the creations of furniture, textile or ceramics, linked to a traditional manufacture, are attached to the centennial workshops and manufacturers of furnishing (more than 200). Often founded by the same family, they have evolved with the new technologies, seeking to promote a new notoriety.

The exhibition “Metamorphosis” at Paris Design Week, as part of Made in Portugal naturally, supported by AICEP, highlighted the uniqueness of Portuguese design, beyond the cliché of a country manufacturing for furniture distributors in Europe. Highlighting the intersection and diversity of craft techniques was the synopsis of this journey, in the heart of the Marais district, directed by the Franco-Portuguese designer Christophe de Sousa. The particular approach of the manufacturing process of an object in Portugal (from prototype to series), confirms the identity of a country that seeks to safeguard its traditional values while having the will to integrate an international dimension. 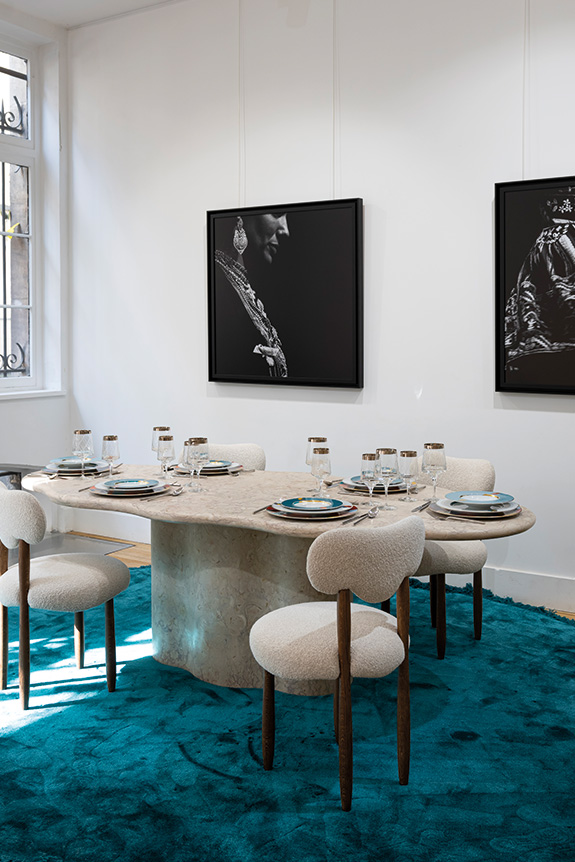 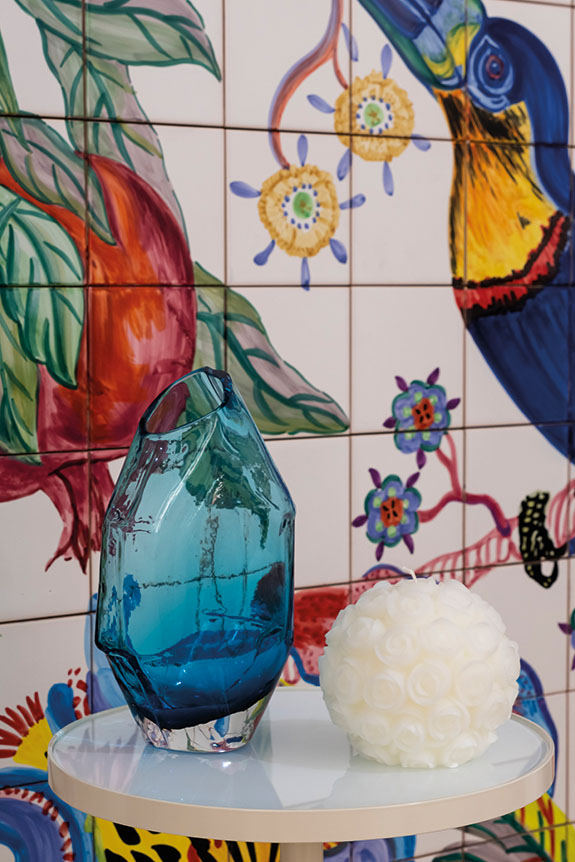 In Portugal, companies open up to design

Under the impetus of designers and art directors, some manufacturers are adding more high-end pieces to their activity, very accomplished in the finishes. They put their experience in woodworking, basketry and ceramics at the service of creative people, which was not the case ten years ago. At the heart of the territory’s riches, By drawing on natural resources (marble, wood, cork, wicker, kaolin), the companies bring out their identity, their unique brand image, the Made in Portugal to conquer a more sophisticated market, decorators, architects and collectors and a cultural evolution. Here are some examples.

WEEWOOD. In 1964, two brothers worked together in a small carpentry workshop in the north of Portugal, which over the years became the company Móveis Carlos Alfredo, specialized in the manufacture and export of solid wood furniture. In 2012, the brand Wewood – Portuguese Joinery was born. The foundations of the company are based on the quality of the materials, the shaping of the polished wood, and the timeless design, with pieces produced in small series, in a human-sized company. His ambition? Creating high-end furniture that lasts, valuing the aesthetics of wood and its finishes in each project, such as Contador, a sideboard with drawers, created in homage to Portuguese counters, edited in 10 copies for the 10 years of the brand. The foundations of Portuguese design were laid thanks to the active collaboration of Spanish, Portuguese and German designers, such as Bambustudio, Edeestudio, Christophe de Sousa, Christian Haas and JC Berlin. 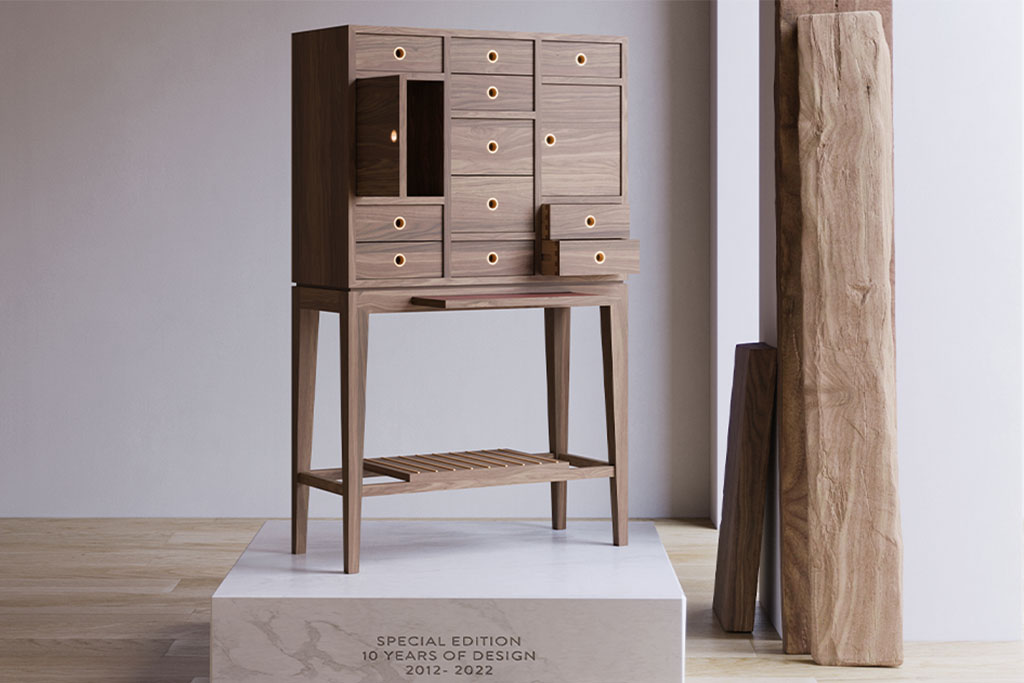 Contador is made in the art of cabinet making, with solid wood and brass and leather finishes.

VICARA Studio is a creative agency that associates designers, craftsmen and industrialists, in a common approach, to develop a sustainable ecosystem, with materials such as ceramics, glass, wood. If the Traditional pottery (Tasco range of typical red clay pottery) is still in the catalog, Portuguese designers have seized these beautiful handcrafted techniques of ceramics and influenced by its traditional gastronomy. The one combining basketry, pine needles and ceramics, in Caruma, is particularly remarkable, and gave birth to vases mixing two techniques, in a hybrid set. 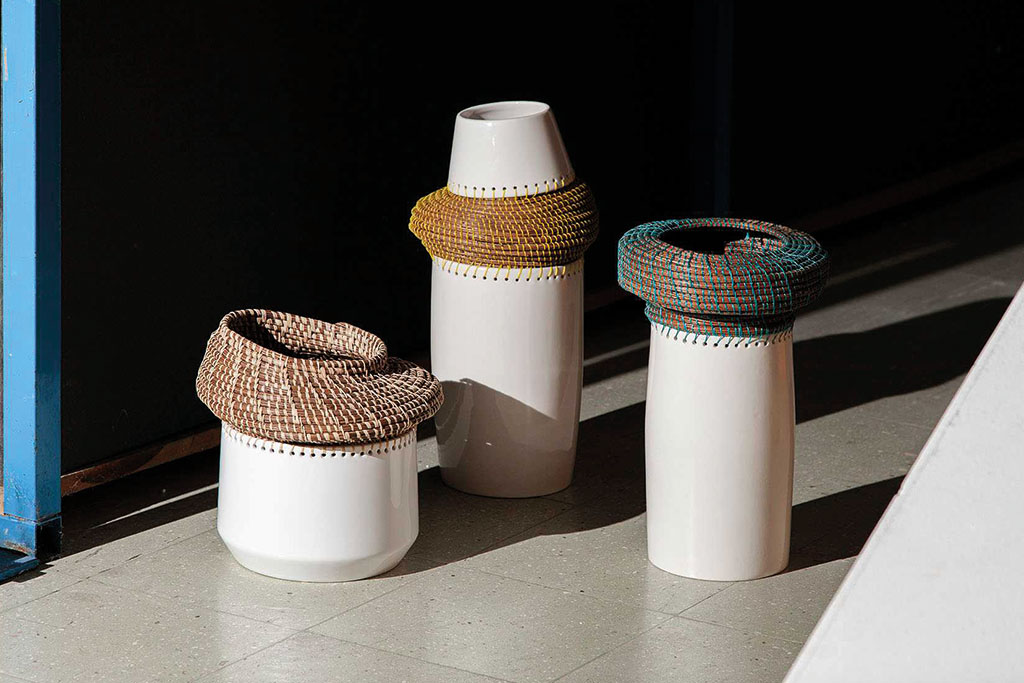 Part of the permanent collection of the Fashion Museum of Lisbon (MUDE), these vases are a creation of the artist Eneida Tavares

Founded in 1951 in the region of Guimarães, BELO INOX exports more than 70% of its products to over 30 countries! Present in the world of tableware, on the European fairs, Maison & Objet and Equiphotel, in Paris, Ambiente in Frankfurt or Host, in Milan, Belo Inox is moving towards an international strategy (South Korea, the United States, Japan, France, Mexico, Spain and Egypt). Each steel product is manufactured in the search of excellence with the latest technology. The fineness of the cutlery, the satin matte surface aspects make the art of cutlery evolve towards modernity and sobriety. With partnerships such as Vista Alegre and Grestel, the brand is particularly oriented towards the manufacture of exclusive products for gourmet restaurants. 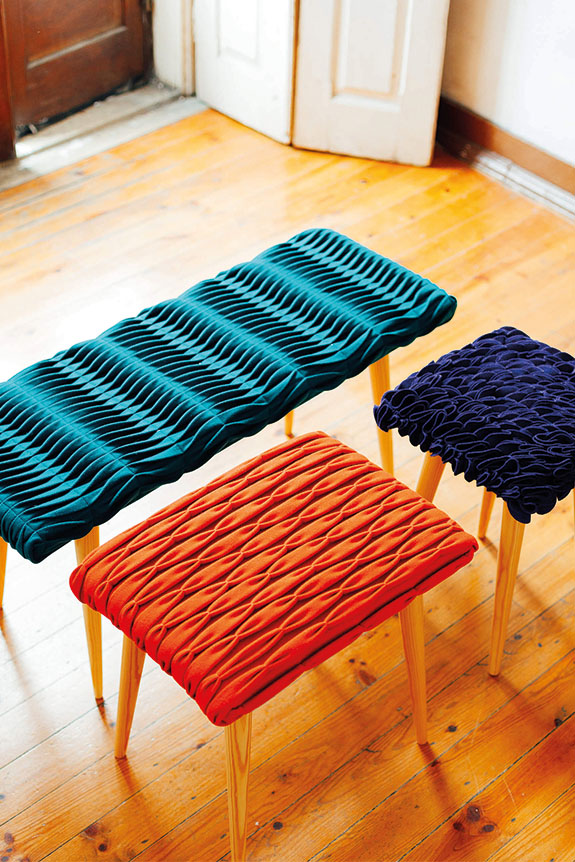 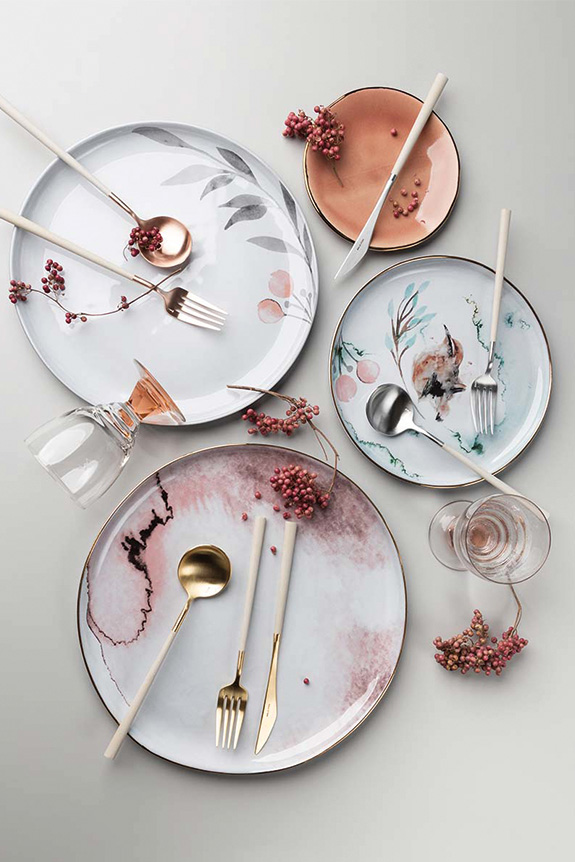 Originating from the mountains of Serra da Estrela, BUREL FACTORY is a sustainable brand that values 100% wool textile, as well as other fabrics. Under the leadership of the artistic director and designer Rui Tomás, the brand promotes heritage, and design above all, by creating specific designs for interior architecture and acoustic coverings and solutions. Following the takeover of an old factory and its handcrafted looms, the proposals extend to fashion and decoration accessories and some of which are made from unused fabric scraps, thus pursuing its zero waste mission. 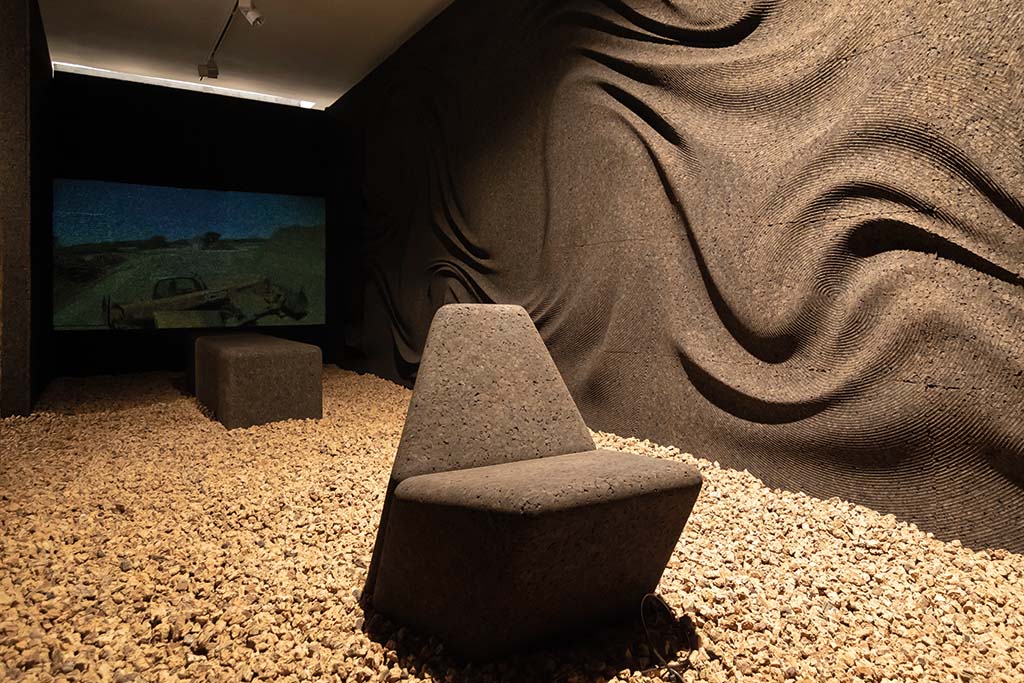 Specialized in the transformation of cork, 100% natural and sustainable, SOFALCA is divided into three activities and thus three distinct brands. Isocor uses cork waste to manufacture soundproofing, thermal and anti-vibration insulation panels, mainly for the building and industrial sectors. Gencork explores the symbiosis between this environmentally friendly material and high-tech manufacturing processes. The expanded cork is transformed using algorithms based on generative design, strongly inspired by the scientific world. This results in panels that optimize the properties of this material, but also add aesthetic value. Blackcork specializes in the creation and production of contemporary furniture, born in 2013 with Toni Grilo artistic director. This manufacturer, which has been producing black expanded cork since 1966, is betting on the future, with an original and innovative design.