On the occasion of Paris + by Art Basel, the Lebanese ceramist Souraya Haddad proposed an exhibition in off, on October 20 and 21. The Ceramic Banquet project, commissioned by House of Today, unveiled an installation all in roundness and lightness, dressed by Balboste’s food-objects.
Since 2012, the House of Today platform has been working to support Lebanese contemporary design by expanding the dialogue between Lebanese designers and collectors, journalists, galleries, fairs and cultural institutions… The founder of the organization Cherine Magrabi aimed to promote the beauty of Lebanese design, placing in particular the 360° support to young designers at the heart of its operation. House of Today has become the most important support platform for Lebanese design, even exporting beyond the Lebanese borders. We can mention participations in the 2012, 2014, 2016 and 2018 Biennials in Beirut, as well as participations in notable fairs such as Design Miami, or co-curations with galleries in New-York, Aspen, London, Paris. 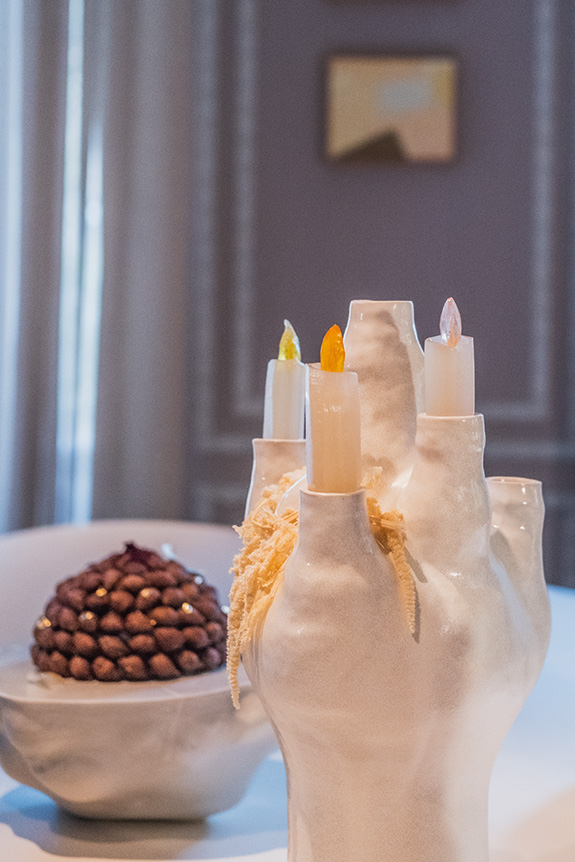 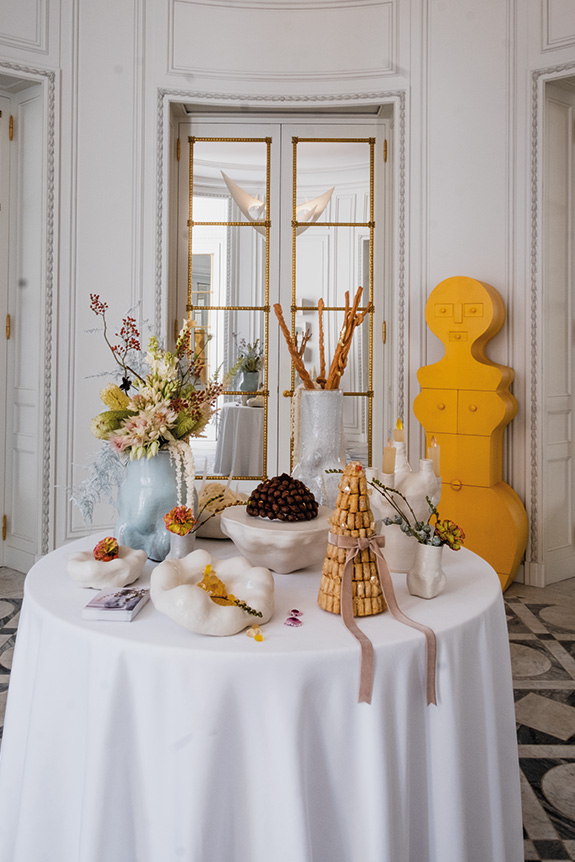 Ceramic Banquet by Souraya Haddad © Mickael Llorca
Off Paris + by Art Basel, Cherine Magrabi opened the doors of her private Parisian apartment to present the first project of a cycle of collaborations that combine both Lebanese ceramists and culinary designers.

“My culture has played a real role in the conception of this project” Souraya Haddad assures. Through the creation of various objects (cups, dishes, candlesticks…), the Ceramic Banquet project celebrates both the generosity, creativity and conviviality that are proper and characteristic of Lebanon, translated by the meeting between functional sculptural creations and the culinary poetry of Balboste. “I wanted to give both an aspect of lightness, but also a certain weight to my creations. All the movements of the pieces are in the roundness, the generosity. When you take a glass in your hand, for example, you feel that there is something cherishing, something more intimate.” A project that was finally fastidious, requiring nearly two months of research and experimentation by Souraya Haddad before arriving at the expected result. 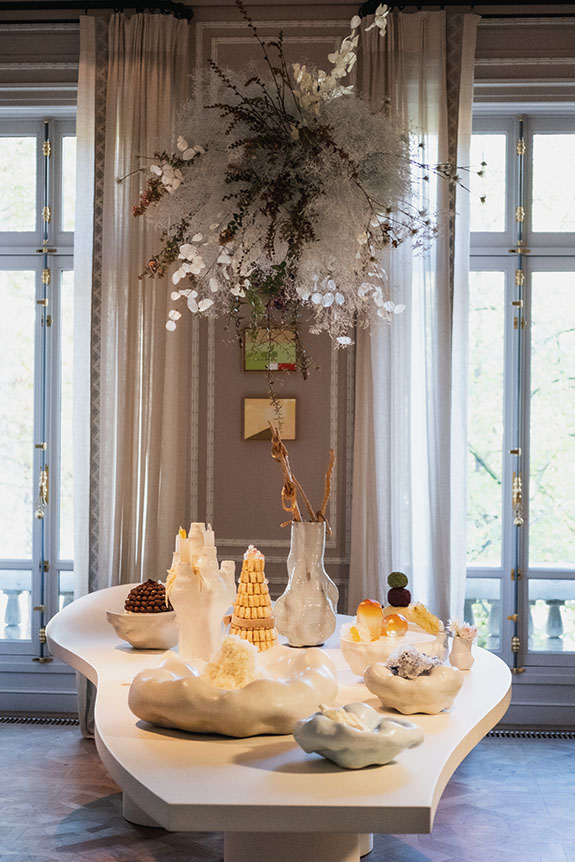 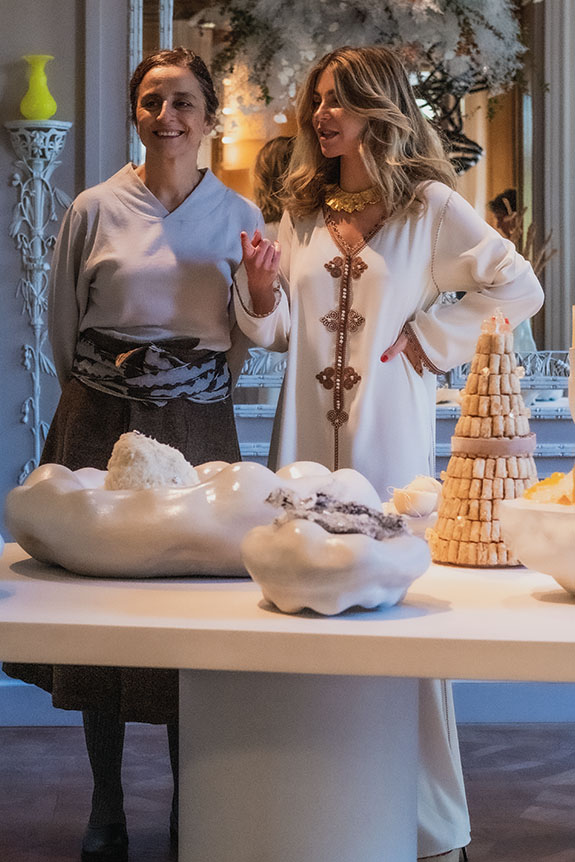 Souraya Haddad and Cherine Magrabi © Mickael Llorca
An exhibition-performance that combined craftsmanship, design and flavors, while remaining true to its cultural values. This will continue in February in Los Angles during Frieze 2023 with the exhibition of Nathalie Khayat’s work in Cherine Magrabi’s Santa Monica residence.
Maïa Pois
Design CulinaireCéramiques