The opening of the Bourse de Commerce is the culmination of a project that began in 2001 when François Pinault wanted to set up his collection in the former Renault factory on Île Seguin. Of weary war , he finally abandoned this high place of industrial history for Venice where, accompanied by Tadao Ando, he began a completely different score with the Palazzo Grassi (2006), the Punta della Dogana (2009) and the Teatrino (2013) . In 2016, the City of Paris finally offered him the Bourse de Commerce, a rotunda building crowned with a vast metal dome, designed in 1889 and then gradually faded into oblivion. Located in the heart of Paris, halfway between the Louvre and the Center Georges Pompidou, served by Les Halles, the Bourse had everything to satisfy the prescriber collector that François Pinault has become.

Outside , the flags of Ronan and Erwan Bouroullec signaling the Stock Exchange rise in the air and reflect the light. In Rennes in 2015, their “Urban Reveries” already conjured up this link between contemplation and use, which gold cupro-aluminum benches complement. 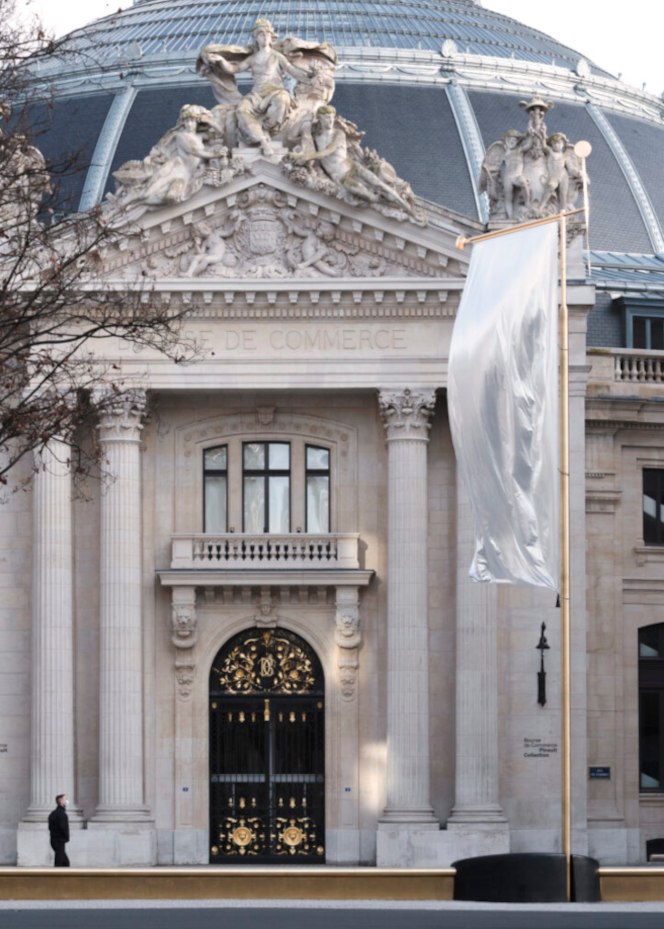 Inside , Tadao Ando’s circular veil is sewn from a concrete frame to the dimensions of the tatami mat. This material, both universal and poor, favored by the Japanese architect, makes it possible to summon the perfection of the Platonic circle and the memory of the Roman Pantheon, while playing on the loss of landmarks dear to Piranesi. To the erudition of Tadao Ando, sometimes devoid of the concern for flexibility necessary for any exhibition venue, François Pinault chose to add Pierre-Antoine Gatier, chief architect of Historical Monuments and NeM / Niney & Marca Architects . Thus, Ando’s smooth concrete cylinder defines a central exhibition space on the ground floor, accommodates the auditorium in the basement, and allows, thanks to the staircase that winds around it, to serve the exhibition spaces on the upper floors, as well as the restaurant, while discovering the architecture of the building up close. Wherever we are,

The layout was entirely designed by the Bouroullecs. We find the chair Rope (Artek) scattered throughout the exhibition spaces as well as carpets and benches specifically created for trade fairs. Large clusters of glass in tubes are deployed in organic flows in the stairwells, an alliance of artisanal know-how and technical writing already implemented for the Gabriel staircase of the Palace of Versailles . Curtains whose weft forms grid drapes structure the restaurant space The Grains Hall by Michel and Sébastien Bras. There are also vases Alcova (Wonderglass), as well as tables and chairs Officina (Magis) in galvanized wrought iron, the choice of which may nevertheless surprise. 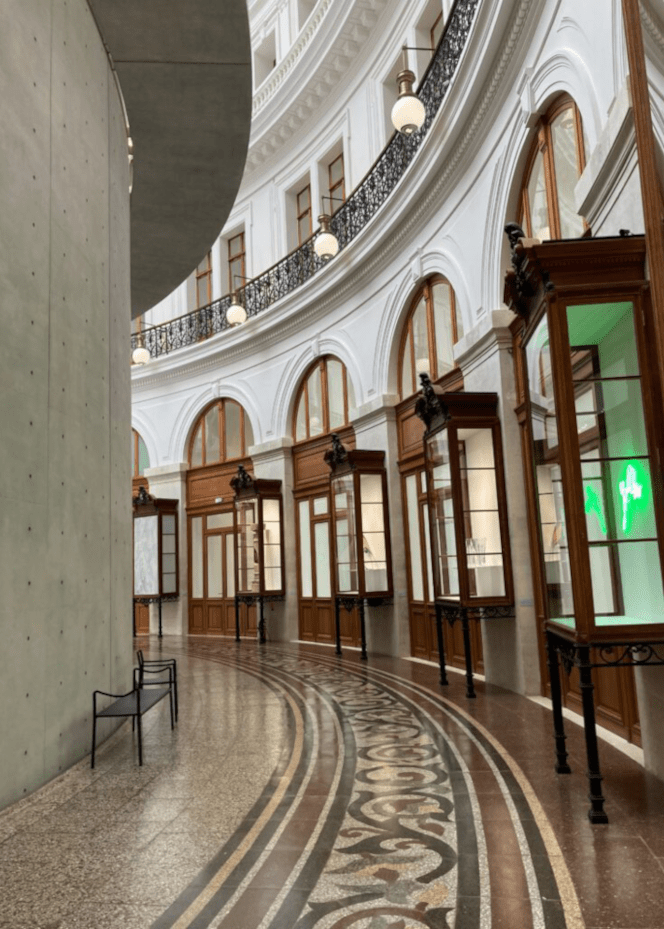 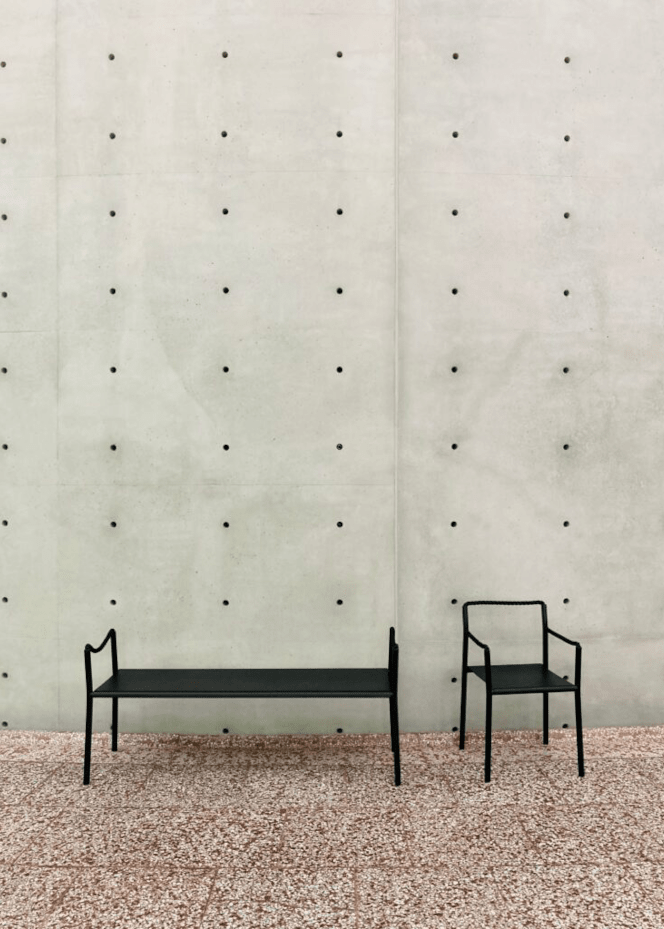 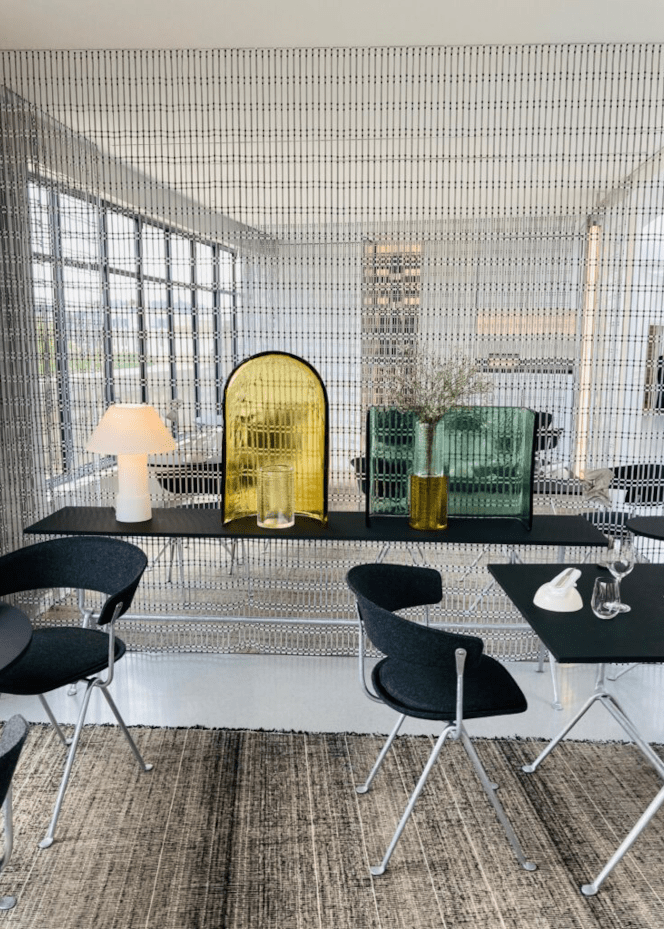 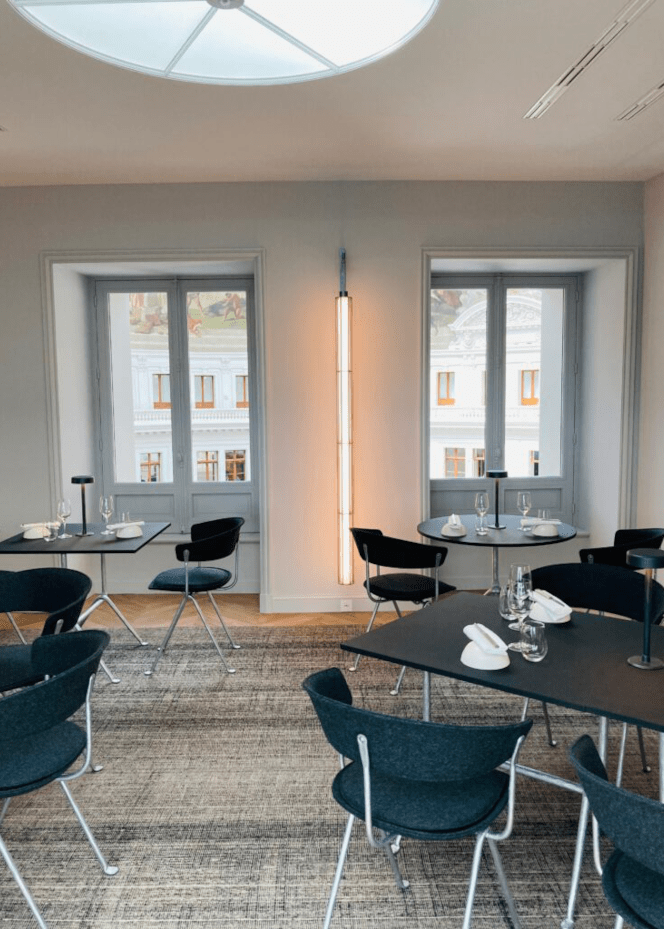 A new stage in a now two-headed network, the exhibition “Opening” sets out the values attached to the Pinault Collection with François Pinault himself as conductor. This manifesto questions by its radicality: No hanging in the river, no artists’ awards bankable . Composed of different bodies of work, “Openness” acts as an ode to questioning canons, whether political, social, racial or aesthetic. Proof of this is the masterful confrontation of Tadao Ando’s intervention with mounted canvases extolling French commercial grandeur and its colonial counters (III e Republic) facing The Abduction of the Sabine Women (1579-1582) by Giambologna, replicated by Urs Fischer, whose wax vanity is doomed to be consumed.

To the staff with which he has surrounded himself over the years (Jean-Jacques Aillagon, Martin Béthenod, Caroline Bourgeois, Tadao Ando, Pierre-Antoine Gatier) François Pinault has been able to associate a younger generation to which he shows himself faithful (Ronan and Erwan Bouroullec, NeM / Niney & Marca Architectes et les Graphiquants), giving birth to a collective adventure which the public is also called to witness. Proof that the debauchery of resources – 160 million euros in five years – does not detract from the merit of daring. 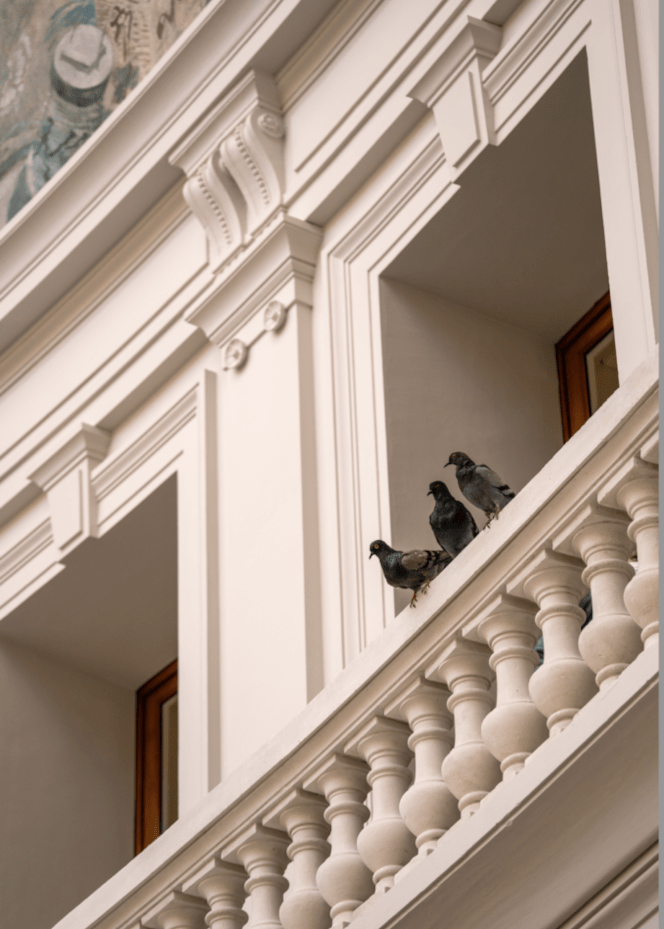 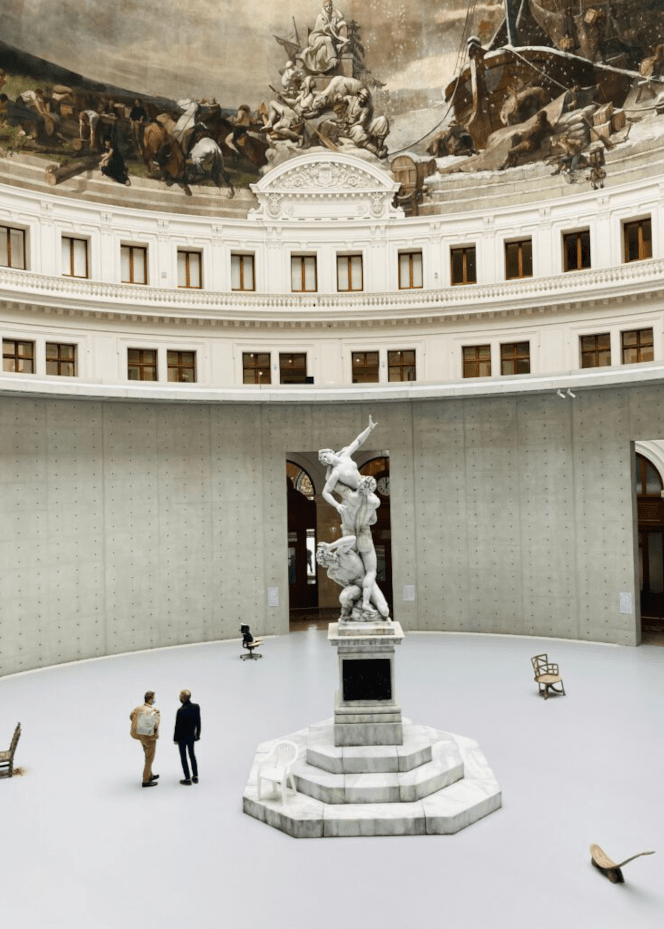