Located in the heart of the 15th arrondissement between Avenue Emilie Zola and Rue Violet, the Biome buildings form an ecosystem, in line with the current expectations of the capital. A project led by the agencies YMA and Jouin-Manku, whose first tenants are expected for the summer of 2023.

The Biome project began in 2017, when Société Foncière Lyonnaise (SFL) decided to take on a challenge that was ambitious, to say the least: reinventing the former headquarters of the SMABTP insurance group to transform it into a state-of-the-art work environment. The work begins in 2019 and lasts two and a half years, with a few months of downtime in between due to the health crisis. In total, Biome comprises 24,000 m2 of land, including 21,000 m2 of offices, 400 m2 of coworking space and 700 m2 of housing (located on rue Violet). “We wanted to break the codes of the functional office by getting closer to the hotel, to the domestic space. The office is no longer simply a place of production, it is also a place of interaction” explains Dimitri Boulte, CEO of SFL. 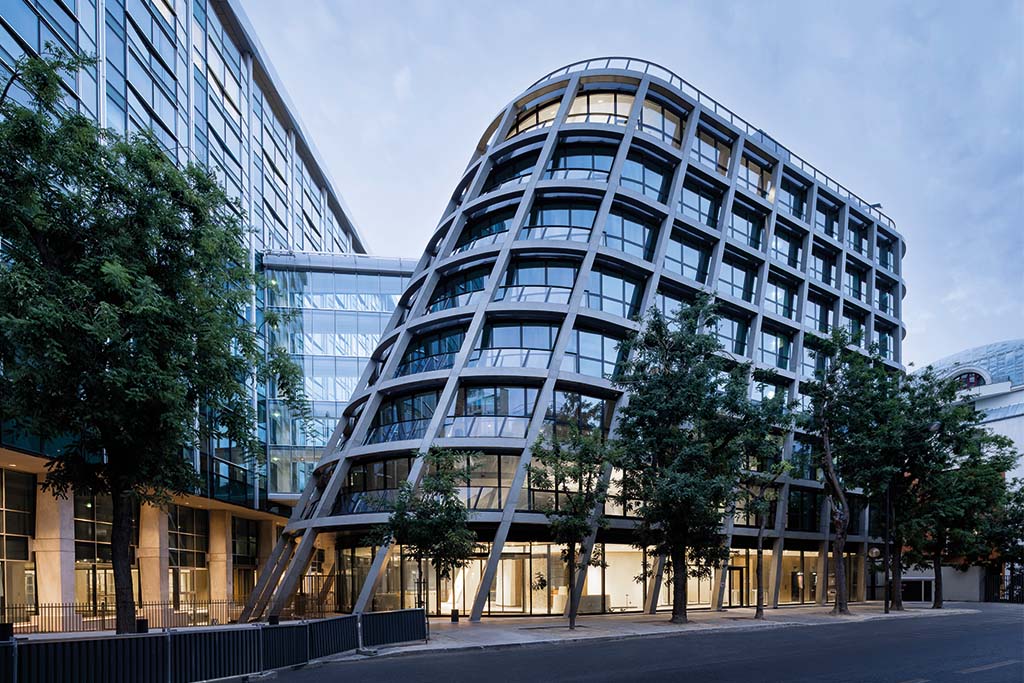 From the original structure imagined by Raymond Lopez and Henri Pottier in the 60s, “this building was a UFO that did not look like the others around it” confides Patrick Jouin. The idea of the architects was to start from what was already there and to reinterpret it. The original building is thus rehabilitated while in parallel, the two agencies imagine an exoskeleton, which would come to graft itself to the first building and would allow to create a new balance with the garden. An exoskeleton with a totally new structure since each post that makes up this concrete dwelling is different from the others, but yet, the result is totally aligned. “We were in this quest for the unique. Regarding the choice of concrete, it is generally seen as something negative, whereas it has many qualities. This time, we wanted to present it as a noble material” explains Yrieix Martineau, from the YMA agency. 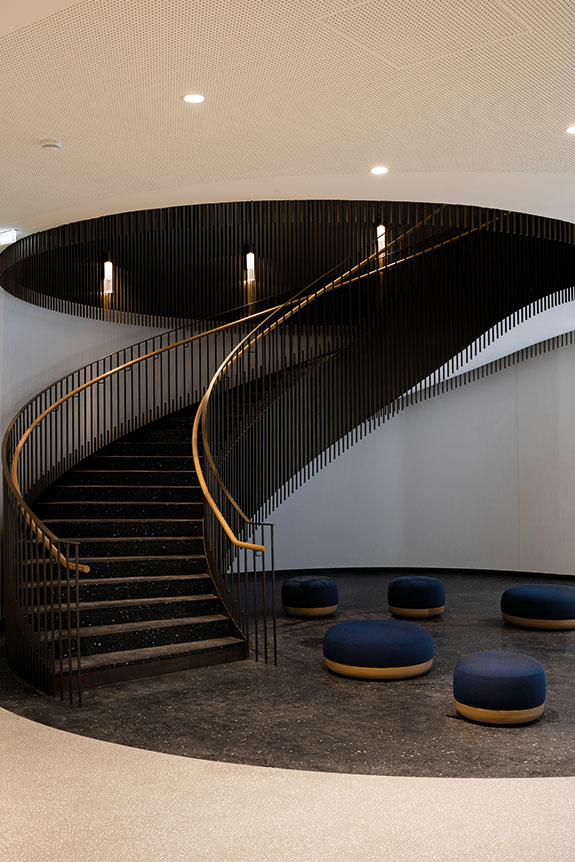 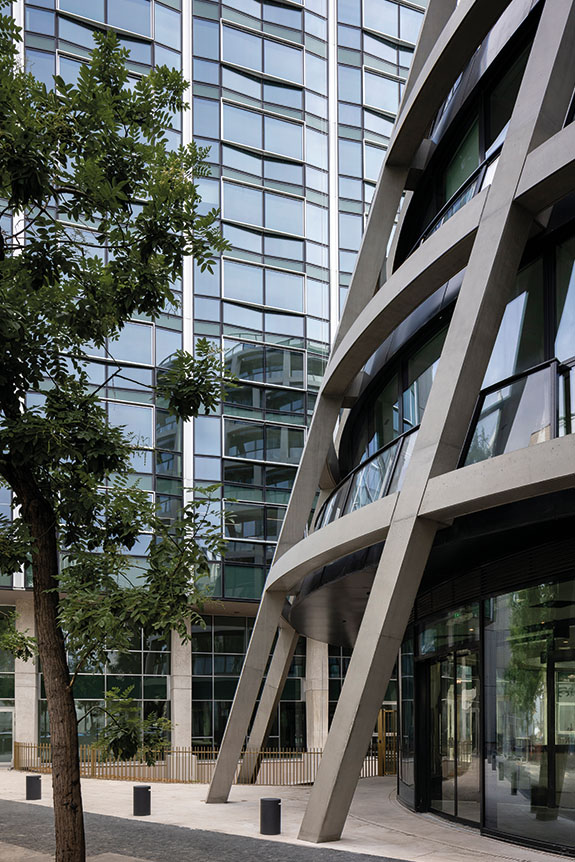 As the health crisis has accelerated the democratization of telecommuting, making the workspace more attractive has become a real challenge. Thus, in creating Biome, we had to think about both these new work issues and the constraints of a city as dense as Paris. “Today, the real challenge in Paris is to create buildings that convey an image of modernity” testifies Dimitri Boulte. Indeed, the project leaders had to study the expectations of the workers on the one hand, but also those of the inhabitants of the district. “It’s never easy to do a building of this scale in a city. It has been a real adventure from start to finish “ adds Sanjit Manku. 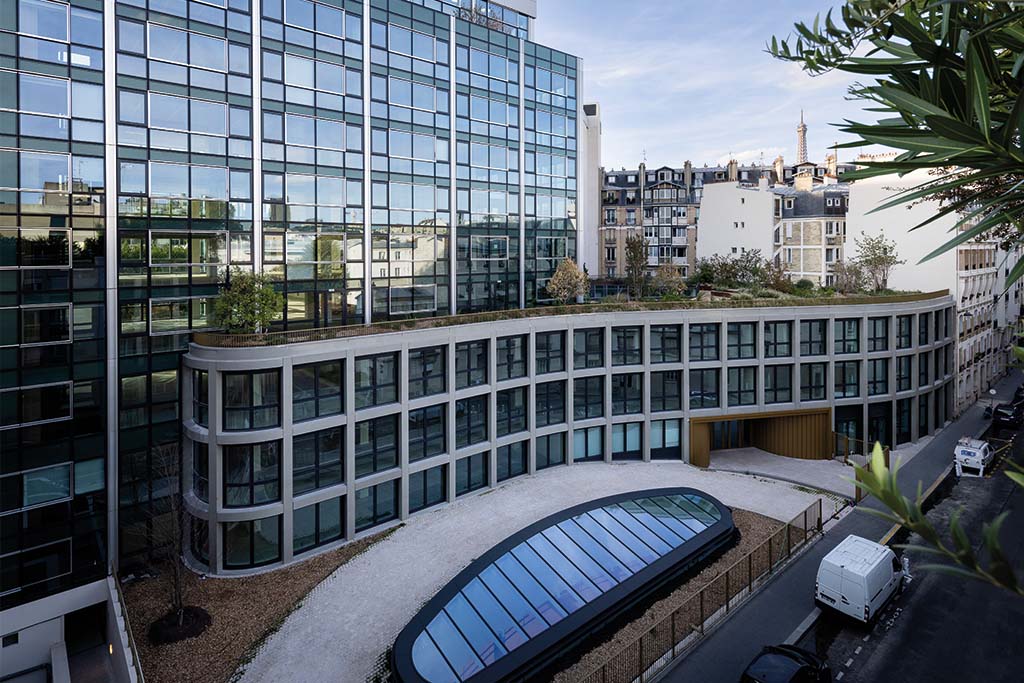 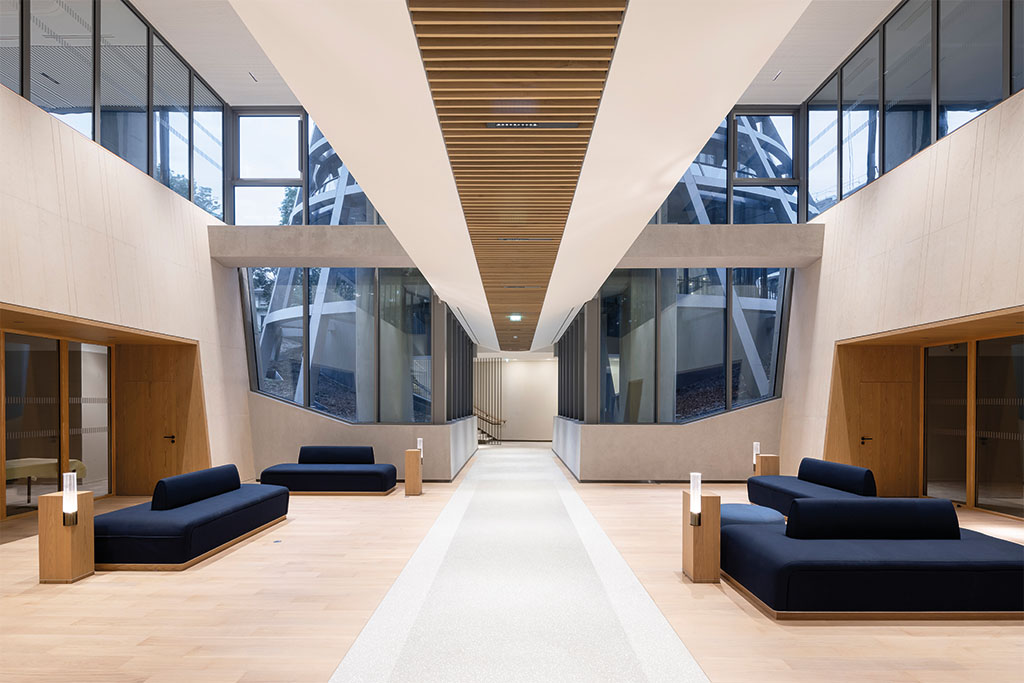 BIOME, a Jouin Manku - YMA - SFL project © Alexis Paoli
And the gardens, which are expected to bloom more by the summer of 2023, provide a much-needed touch of greenery and a breath of fresh air. “ We’ re in the city cores, but there’s space, life, air. It is important in a city like Paris to have breathing spaces” concludes Patrick Jouin.
Maïa Pois
architecturePatrick Jouin