Skip to main content
News / Events / At the Monnaie de Paris, the furniture is upside down

At the Monnaie de Paris, the furniture is upside down

Under the aegis of the collective Haute facture de l’Ameublement français, the decorator Vincent Darré invited the public to penetrate the minute workings of the creation of excellence. As part of Paris Design Week and in the splendid setting of the Monnaie de Paris, the exhibition “Psychoanalysis of a four-legged furniture”, somewhat crazy, valued the rare crafts of thirteen major manufacturers.

“Psychoanalysis of a four-legged piece of furniture” is apprehended as a labyrinthine journey, a bit surrealist, through a series of “rooms of wonders“. In a setting that evokes both the atmosphere of ancient still lifes and the art of the avant-garde, the scenographer explains the different stages of making a piece of furniture or an object. “Through these cabinets of curiosities, I want to show how the making of a piece is articulated, from beginning to end.”

As if to prepare the visitor for a journey into a world “beyond the real”, this lover of the decorative arts imagines a first room, like a circular airlock decorated with curtains from the Ateliers Faure, on which are projected, among other things, videos of art crafts. Six rooms follow, all covered with colored moss that, in a subdued light, plunge the audience into the depths of know-how. In the smaller one, dedicated to the Lit National factory, Vincent Darré has dismembered a bed, bringing out its components in a singular way; the ceiling is covered with wadding, the floor with sheep’s wool and the side walls with springs and other components. Not far away, the part dedicated to “the goldsmith of the bath” Volevatch offers a revisited vision of its golden shower Jonas in a chic and darker decor. 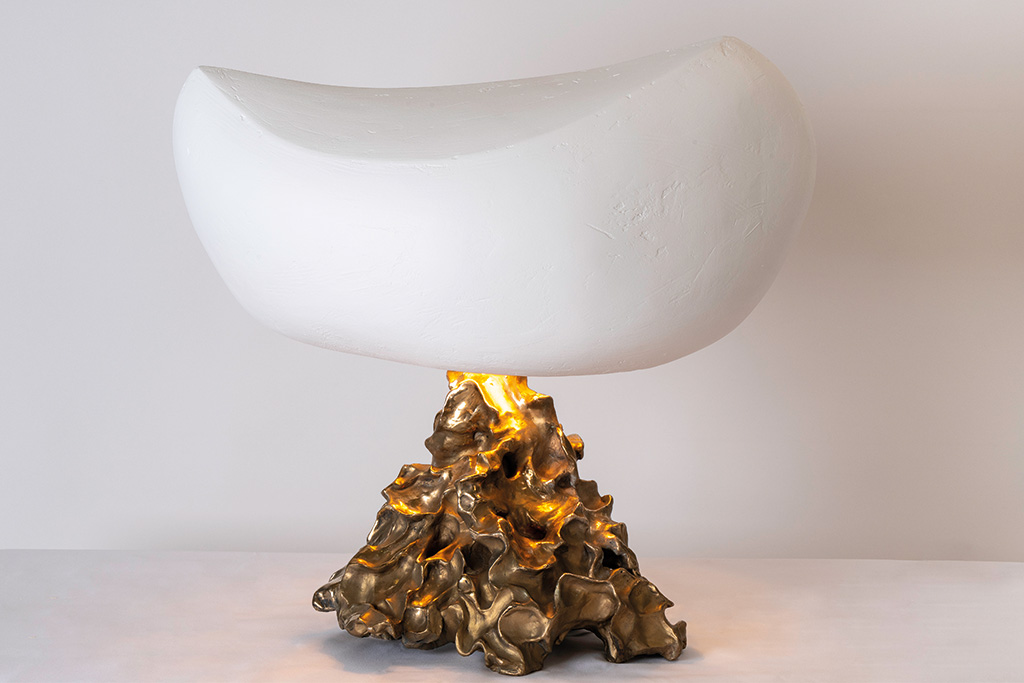 At this point of the exhibition, one enters successively three large spaces with bright tones, conceived as cabinets of curiosities from another time. The supports exhibiting these thousand and one artifacts all have legs – a nod to the pun in the title – and most of them are accompanied by magnifying glasses, so that the excellence of their workmanship can be measured as closely as possible. Among meteorites and singular spheres, a splendid ball made of beetle elytra from Objet de Curiosité projects its iridescent tones, not far from lacquer pieces fromAtelier Midavaine. In the next room, the visitor is invited inside a surrealist or avant-garde painting. A wrought iron railing from Pouenat seems unaware of what is happening on the other side of the room… The carcass of a red armchair tilts in front of a chess table from Moissonnier, creating an atmosphere close to that of Giorgio de Chirico’s paintings. The double blue room highlights objects from Duvivier Canapés, the creator of art bronze lights Charles Paris, the manufacture of Aubusson Robert Four and the cabinetmaker Taillardat. Hypnos, the latter’s splendid secretary, takes on a new dimension in this playful and intriguing decorum. In its center, presenting alternately its solar, then lunar face, a vase ball in enamels of Longwy turns on itself. The icing on the cake, the final space all dressed in red reveals a spectacular chandelier by the art bronzier Maison Lucien Gaud near furniture and objects by Philippe Hurel. 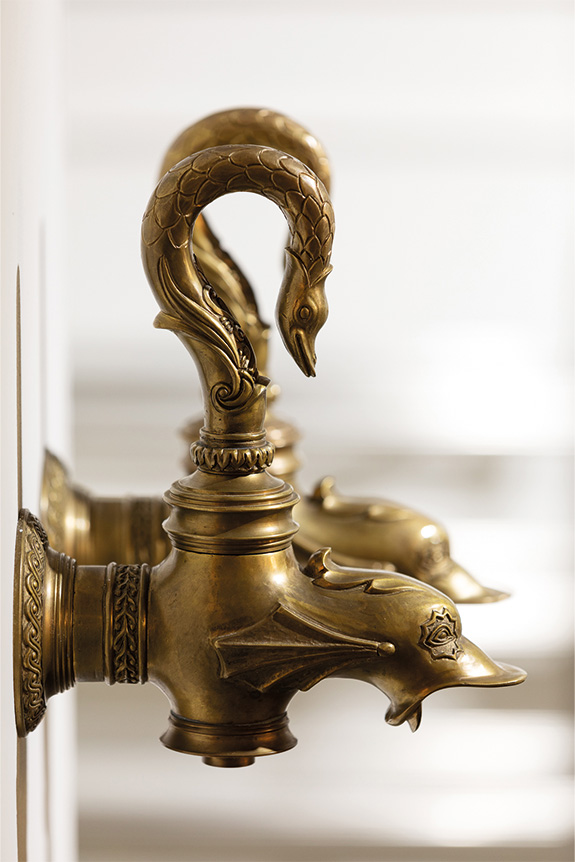 Volevatch, bath spout, Kerylos collection, limited edition, numbered, inspired by the Villa Kerylos in Beaulieu sur Mer, fruit of the collaboration between the patron Theodore Reinach and the architect Emmanuel Pontremoli at the beginning of the XXth © Atelier Arnaud Sabatier 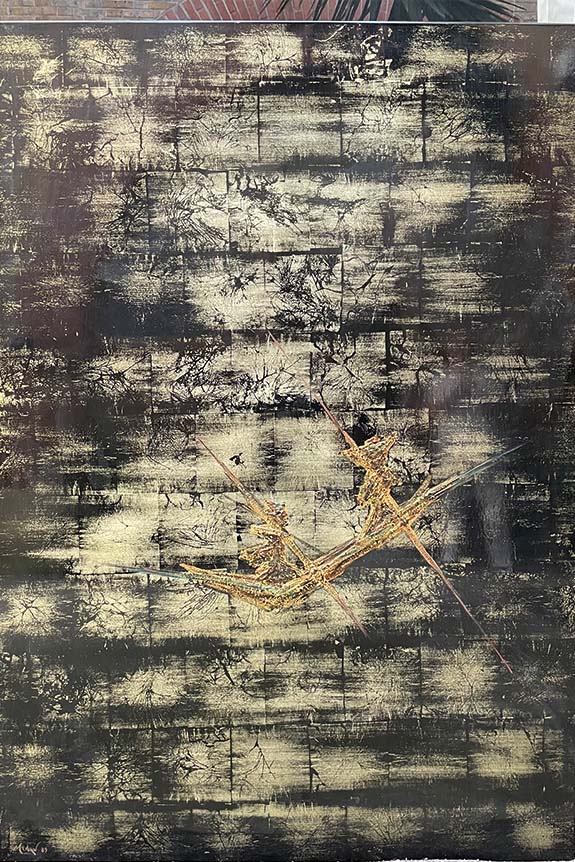 With its play on perspective, mirrors and scales, this psychedelic exhibition, both facetious and serious, offers a new vision of exceptional furniture. Its references-tributes to great artists such as Jean Cocteau, Louise Bourgeois or Jean Arp, resulting from the fertile imagination of Vincent Darré, make the proposal even more original. And also show how much the boundaries between art, crafts and design are held. Note: in December, the creations made especially for the occasion will be auctioned at Piasa. 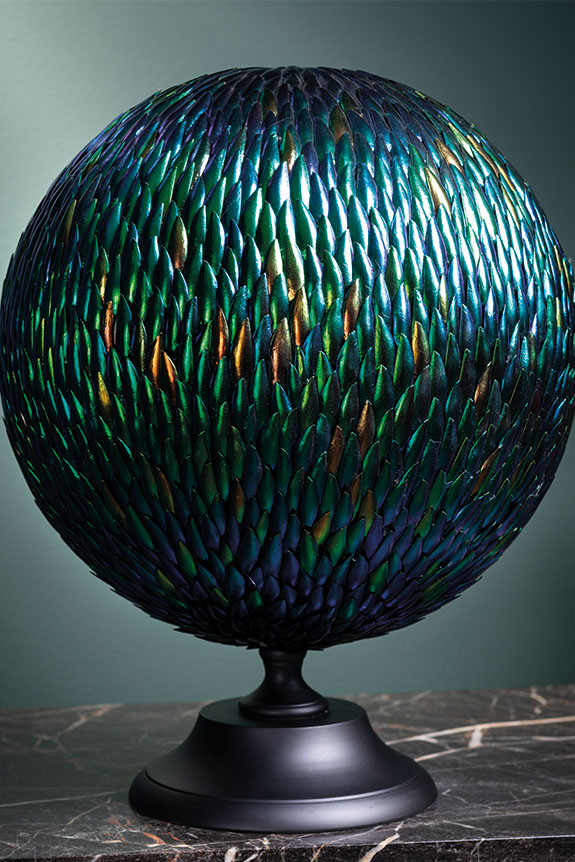 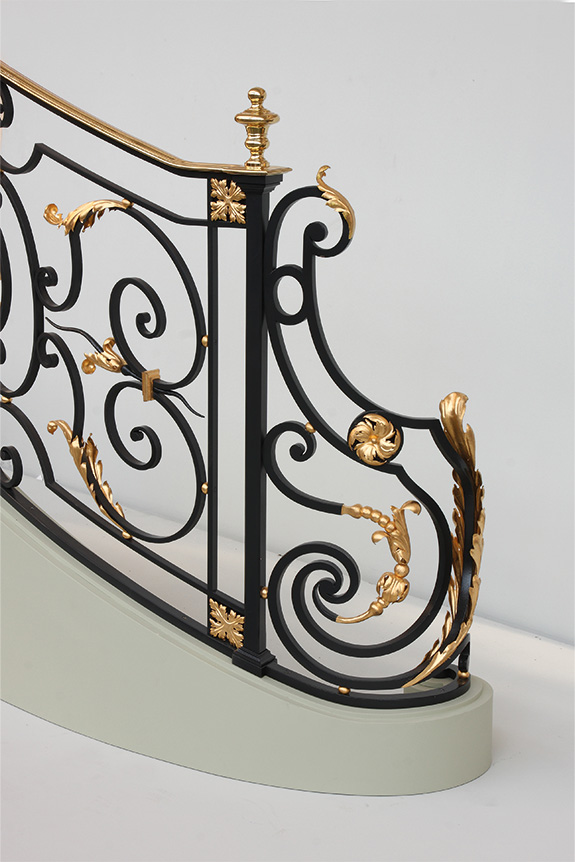