A new armchair, a tribute to Arts Deco

Duvivier Canapés unveils Jacques, its new armchair imagined by Guillaume Hinfray, designer and artistic director of the brand since 2019, in homage to Jacques-Émile Ruhlmann, a French designer who made his career in the 1920s.
Considered one of the masters of Art Deco in the years 1925, Jacques-Emile Ruhlmann (1879-1933) was nicknamed at the time the “Riesener of Art Deco”, a reference to one of the most fashionable cabinetmakers at the time of Marie-Antoinette, and became a master in the art of Louis XVI furniture, like Ruhlmann for Art Deco. Among his creations, we can cite the Pavillon du Collectionneur, which had marked the visitors of theInternational Exhibition of Modern Decorative and Industrial Arts in Paris in 1925, as much for its architecture signed by Pierre Patout as for its decoration and furnishing. Jacques-Émile Ruhlmann then spoke of the work of a designer and not of a decorator, invoking the fact that the designer is not only in charge of creating furniture, but also works on the room that surrounds it, from the choice of wallpaper, to the armchair, to the lighting. 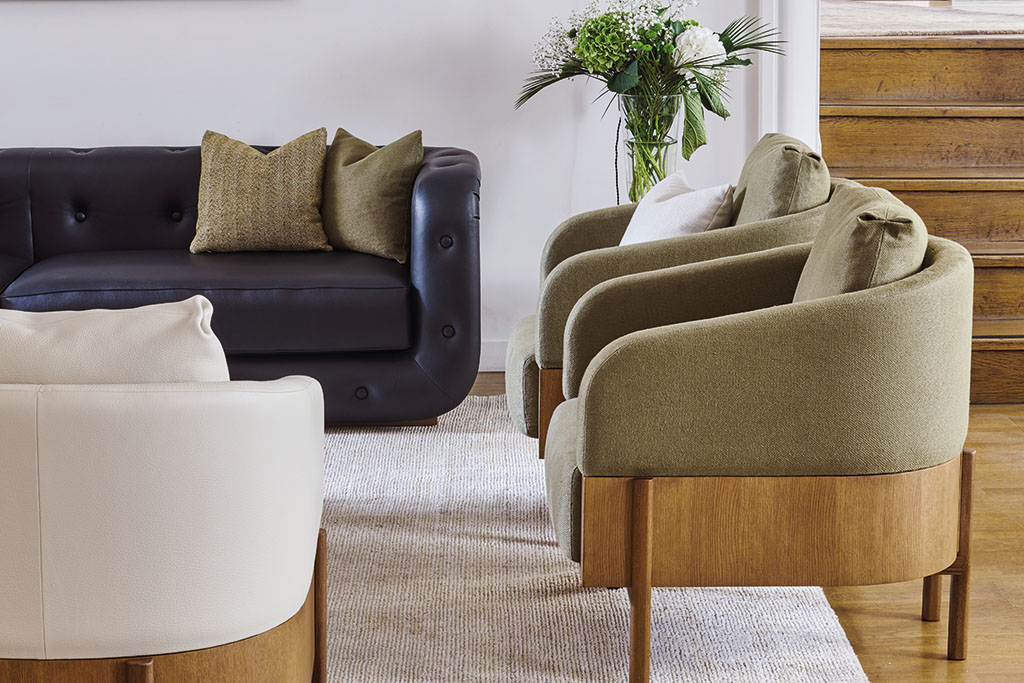 Pure, sober, round and deceptively simple, the Jacques cabriolet armchair is easily inspired by the modernist, harmonious and symmetrical lines of the Art Deco style. With its seat made of full grain leather or northern linen in a walnut bezel, and equipped with a feather cushion, no detail has been left to chance to provide unparalleled comfort.True to their sense of detail, the Duvivier Canapés teams have left nothing to chance. In fact, the legs of the chair are equipped with small leather glides aﬁn order to protect the most delicate floors. A signature model, which once again reflects the excellence of the craftsmanship that the company has been perpetuating since 1840.
fauteuil